You are here: Home / News / Marvel’s Avengers: Hulk shows you his moves in a new trailer 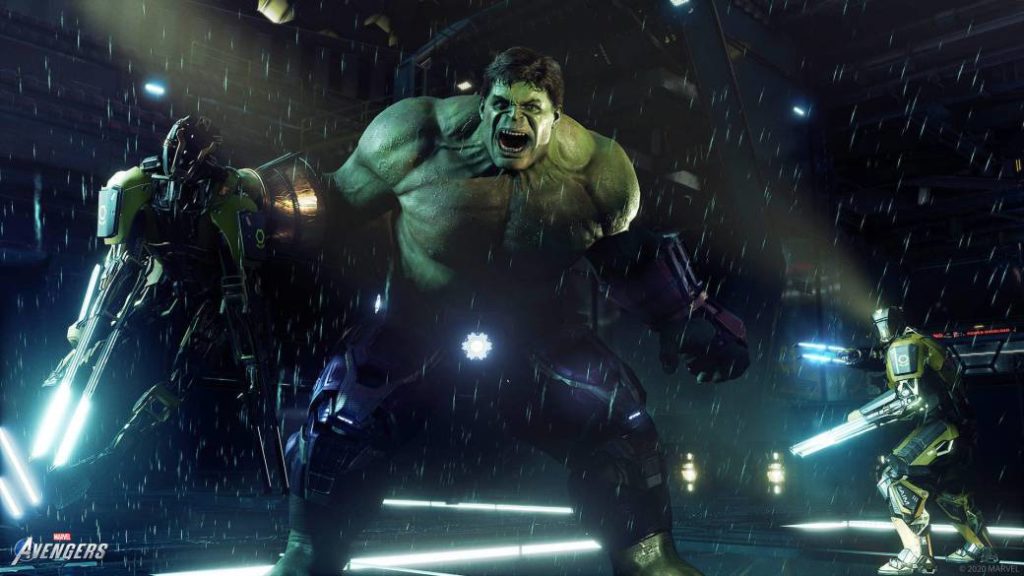 Mastering the masterstrokes of this Avengers superhero is at your fingertips; It is time to train to be victorious.

Marvel’s Avengers, the new production from Crystal Dynamics, is just around the corner. The Avengers game starred in a streaming on September 1. Now, the spotlights are positioned directly on the Incredible Hulk, one of the members of the group of superheroes that will try to finish off the villains in the coming months. Through a humorous video, the Hulk himself shows us his range of movements. Mastering them will be necessary to erase the threat that looms over the world. How do you do it? Attend the lesson on these lines.

Given its looter approach, the title is designed as a service-game, so players will develop their characters with new pieces of equipment and powers that are outlined through a complete skill tree. According to its creators, the gameplay has been built without forgetting the narrative. In fact, the campaign reflects the inner whirlwind that heroes live, since on A-Day, the day in which citizens celebrate the presence of these all-powerful characters, a terrible attack takes place that claims the lives of hundreds of victims .

In this Superior Seminar, study the art of the SMASH and learn to craft the perfect roar with your newest mentor, Hulk.

Learn to smash pretty much everything in Marvel’s Avengers on September 4. Get the Deluxe Edition. https://t.co/sCHgVPo2jX#Reassemble pic.twitter.com/A7np6vQTyq

Faced with this situation, with the people against them, The Avengers part their ways, they come to the conclusion that perhaps they are a danger to the entire world. However, Ms. Marvel will reunite them again in order to confront the evil that is drawn on the horizon.

Marvel’s Avengers will be released on September 4 on PlayStation 4, Xbox One, PC, and Google Stadia. The title is also planned for the next generation, but will not be released until the PlayStation 5 and Xbox Series X go on sale. It should be noted that the beta of the video game has been the most successful to date on the Sony platform, as Crystal Dynamics has reported in a public statement.