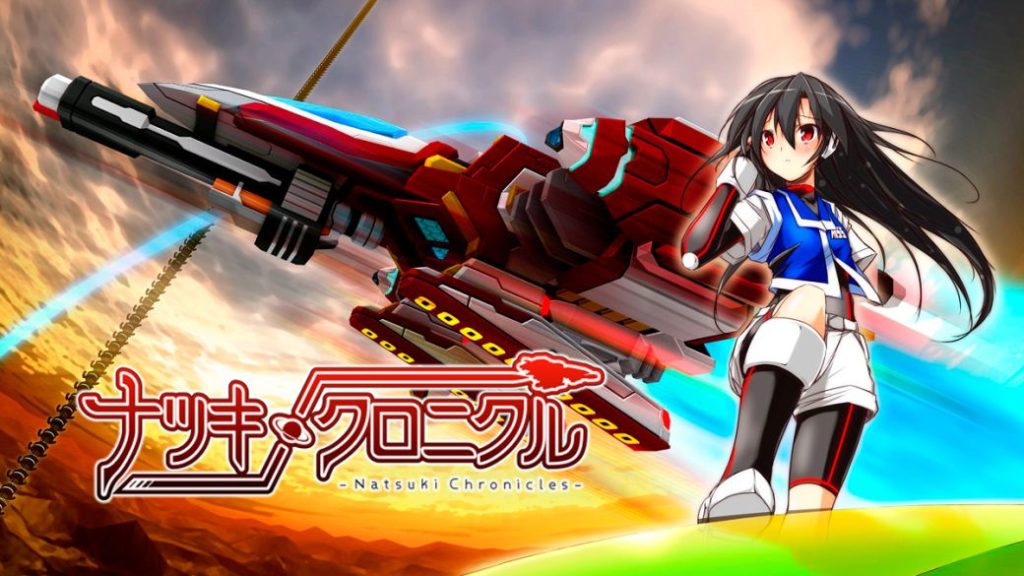 We analyze Natsuki Chronicles, a shoot em up with many layers of depth

Besides a little-known studio in the West, Qute Corporation must be quite a special place if it has permanent offices. Apparently, in addition to designing shoot’em ups, we are talking about a company that offers consulting work in areas such as health or graphic design. It is almost certain that we would be surprised if we saw through the slit all the things that this Japanese independent label has worked on, but the point is that its legacy in video games is already enough to give it a place of merit among the best of recent years in a genre. So let’s recap: aside from their titles for the Wonderswan laptop – designed by Gunpei Yokoi – we’re talking about the studio that came up with one of the most hypnotic and well-executed vertical shmups we’ve ever seen, the sensational Eschatos. Now we know that that title – which deserved better luck and should be reissued for today’s consoles – was the first stone of a long-term project. After that vertical that boasted a game rhythm different from anything seen up to then, Qute has continued shooting with gold and diamonds for those who like shooters. Because, let’s be clear from the beginning, both Ginga Force – released a few months ago in the West – and this Natsuki Chronicles are great works, each in its own way, for those who never tire of piloting small spaceships on a two-dimensional plane.

Qute’s three great shmups share a handful of traits that give them a neat identity of their own. In all of them we have a main shot, another secondary and a third gadget that will almost always be a shield but that can also be used to attack, especially as we buy improvements. Enemy designs that appear in all games are easily identified and, in general, all three affect a bright color palette that transports us to a universe of anime, blue skies and Japanese pop music with a technical section that meets no more. With such features, we could perfectly think after a couple of games that we are facing minor titles, coincidences of a genre that has always shone in the face of high difficulty, but we would be wrong by a lot. Natsuki Chronicles is the most refined example of an all-ages approach that Qute seems to deepen with each release. It is fortunate that Rising Star Games is publishing in the West these games that have already reached cult status –Eschatos came out ten years ago– for the most fans of the genre: the Qute games urgently requested a distribution at the height to leave the niche. Even within a genre that is already niche in our time. 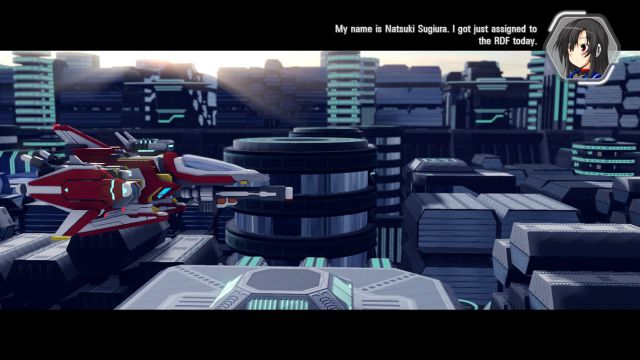 Announced in 2014 and with a prolonged development, to such an extent that it seemed that it was not going to finish curdling, Natsuki Chronicles is Qute’s first attempt within the horizontal variant, although it seems to owe more to Darius and Thunder Force than to the more traditional ones. Gradius and R-Type. A departure from the comfort zone that does not come precisely at a time with few level titles in this style, especially with what we have seen coming from the European indie scene of the Super Hydorah, Rigid Force Redux or Devil Engine. The main characteristic of Natsuki Chronicles is that it is a game designed to satisfy equally – and this time it is for real – any beginner who wants to get started in the genre, without forgetting of course the virtuoso who has spent years swallowing everything that he has. Independent scene has allowed him to be put to the mouth. Spoiler: it was enough for some very severe indigestion. 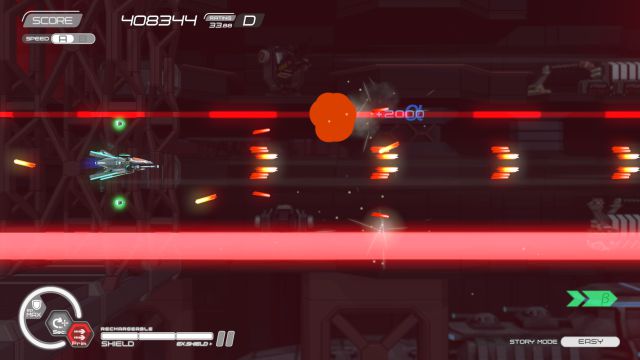 From the outset, Natsuki Chronicles very well raises two game modes that may seem similar – in both we go through the same ten levels – but they end up not resembling anything. Qute has hit the mark with a story mode that divides the game into independent acts with a peculiarity that encourages replayability at levels of absolute madness: we can attack them in any of the four difficulties as we conquer them, but we always get resources to buy weapons and new shields that make our mission easier if we want it to be so. This gives us a sense of progress that feels both new and well integrated in such a game. The previous Ginga Force already pointed in this direction, but everything is much more mature this time, and the evolution is clearly noticeable.

Shoot’em up – especially horizontal ones – have been wondering for a long time what to do with their legendary difficulty so as not to frustrate the player who does not want to be humiliated but does get to see the end of the game, a goal that is almost impossible in the old rooms where these games proliferated. With the idea of ​​avoiding this ever-present frustration, the first round at any level or difficulty mode in Natsuki Chronicles can be a failure, but there is always an improvement in the shields – it is the lives of this game that do not have them – or the game allows us to buy a new piece of equipment that we will surely want to try immediately. In these circumstances, with such a cohesive rate of unlocks and a difficulty curve, the easy mode is perfectly accessible to any player … to such an extent that we would not hesitate to recommend this title to those who have not played any of this for twenty years. genre, or have you always thought the party ended in 2004 with Gradius V.

Whoever dares to continue beyond that tutorial, which is the easy mode, will gradually find everything that really shines in Qute’s shoot’em up. The enemy waves, the different attack patterns, the velocities of the projectiles and the design of the ten levels begin to show their most demanding side, which still remains fair and surmountable. Even the normal mode, which in recent games like Devil Engine ends up going rather to the hardcore side, we can go through the chapters as the rewards make it possible, and that is fantastic news, because Natsuki Chronicles rises in interest when we have unlocked enough items. That’s when you see how well done everything is in this title. 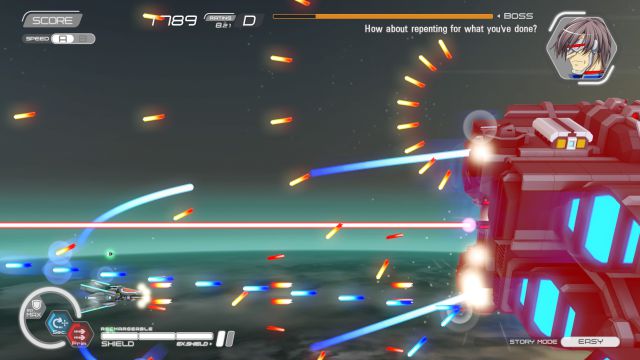 Throughout the ten levels we attend another master lesson in pacing, something in which Qute is an expert, with the addition that we can use a really impressive variety of ways to play without anything suffering at any time. This seems very remarkable to us because the levels have everything: Darius-style backshots, moments of vertical or inverted scrolling, dodging massive rays and intricate areas of doors and narrow environments in which we can hit the walls. They are not exactly new elements, but all are used with the precision of the expert in a game that could face any of the best in this regard. If to all this we add that each level of difficulty creates, in reality, a new scenario, we will assess the amount of hours that the most complete user can dedicate to it, who decides to vary their style of play a few times, because the game incites precisely that. Finally, anyone who wants to forget about history will be able to play first in an arcade mode that sacrifices this progression in exchange for a more traditional and contrasting approach, which nevertheless maintains that accessibility. In it, each completed game gives us an additional credit –with which the feeling of reward is still there– but the power ups also give us improvements in the shields. On paper it seems little change, but it really is another game that poses us and reaches a very curious strategic depth at high levels.

Natsuki Chronicles is obviously a game that does not leave the regulars of the genre behind, who will find reasons to deepen in it thanks to many subtleties that may go unnoticed, although they have always been Qute’s trademark. To name a few, we will remember the different levels of speed in the style of Thunder Force: they have been reduced to the possibility of combining two of them, leaving the player the possibility of choosing between eight different ones, but at the same time we are allowed to alternate them in two ways that –Surprise– can completely transform the way we play. The possibility of visualizing the trajectory of the bullets has also caught our attention, really useful for those who want to memorize the wildest patterns of high difficulties, although they are a bit confusing to have this option activated all the time. Despite everything, the user interface and the possibilities it offers us are another point in which Qute also nails it, improving what has been seen in Ginga Force. Above all, because it leaves open possibilities that we had not always had on hand and they are integrated into the game much more than it seems. 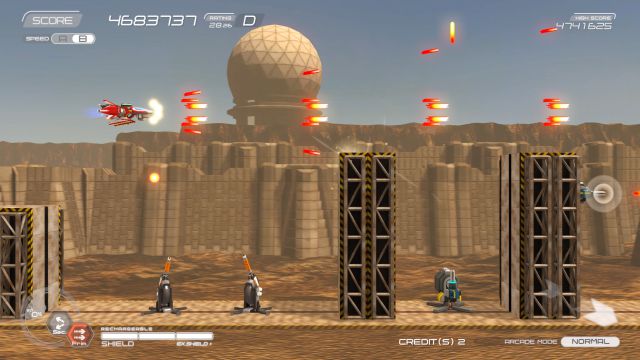 Natsuki Chronicle is one of the best horizontal shoot’em ups of the moment, joining champions like Super Hydorah and Vritra Complete Edition as we await the return of the R-Type saga shortly. Qute does almost everything well in a game for experts and beginners alike. A shmup measured to the millimeter that is clearly identified as the horizontal evolution of his previous works, the Eschatos and Ginga Force verticals with which he shares a universe. If you haven’t played a game of this type in a long time, Natsuki Chronicles wants to be your friend… but he will stab you with a sword if you ask him to.