You are here: Home / Blizzard Entertainment / Overwatch 2, the road to the sequel: everything we know after Blizzcon 2021 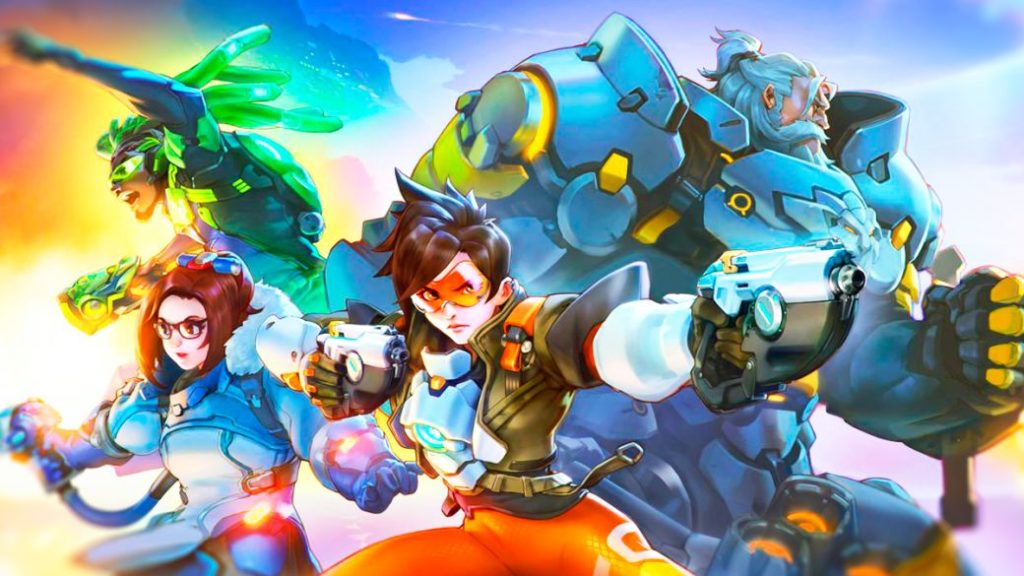 We tell you all the news about Overwatch 2 announced after its presentation at Blizzcon 2021. The sequel matures its news around PvE.

Overwatch 2 demonstrated during Blizzcon 2021 to continue to be very present for the future plans of the studio. The hero shooter shared from the hands of its managers a multitude of changes that we can expect upon arrival. Blizzard has evolved several of the elements that will mark the character of this second chapter. “There are many things that we could not do without a sequel,” said its director, Jeff Kaplan, during the presentation at the event.

The continuity of the base of the formula is undoubted. The essence of the original will remain on the competitive side, only now it will be taken as the basis on which to build a more complete and balanced package. What do we mean? Mainly to the PvE section, which will now take a leading role alongside the traditional confrontation. We do not change the Overwatch that we all know; they simply want it to be a shooter rich in nuances and experiences, strong in the face of the challenge of time. This is all we know so far after the content grid revealed. 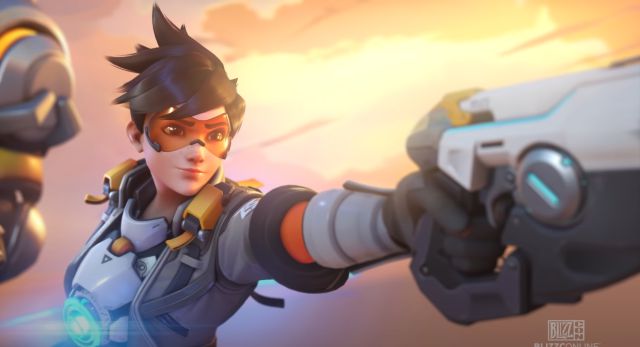 PvE is serious: modes and progression

Since its confirmation in 2019 we know of the relevance that the cooperative section will have within the sequel. All this content will be divided according to whether it is a story mission, as part of the campaign mode, or heroic, which is expected to have high doses of replayability. With them it is intended to extend the background of the universe woven all these years ago, both from the beginning and as the months pass after its launch.

A traditional adventure in the broad sense of the word is expected about the campaign. The story line, raised at the beginning of the second omnic revolt, will take weight and lead us through the missions. That is, we will see a strong presence of video scenes and other narrative pills marked by the rhythm of the script. Within the study there is a team dedicated to the conception of this side of the campaign, of which they claim to have “permanent contact”. The level of this content reaches the playable areas, custom maps with activatable events exclusive to them. 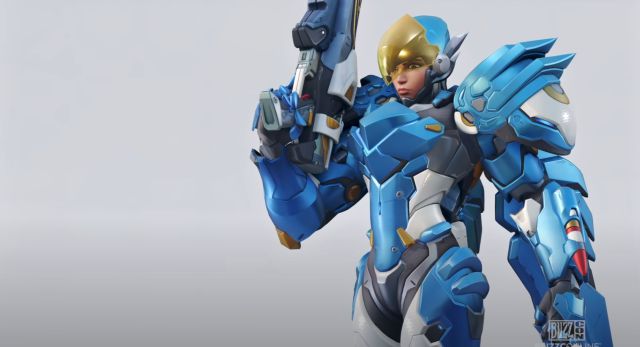 Blizzard will emphasize bringing the narrative force of the Overwatch universe into the core PvE modes.

While the story mode has a marked path, the extension of the PvE facet comes in the form of hero missions. It’s where most of the “replayability” resides among those least interested in multiplayer. The ambition is high, as the study reveals that they hope to release “hundreds” of them so they can be played “night after night.” The plot approach will remain present, but in a light way and without taking away the control from the players.

Pure gameplay, that’s how we would define them. They will be based on the multiplayer maps that we all know, but sometimes their playable portion will extend to areas not accessible in the competitive. Before starting one we will see doses of information such as the enemy, the objectives to be completed and the weather conditions. Yes, the weather will be dynamic and will impact the game, determining which heroes are most useful under those circumstances. And yes, you can choose the difficulty. 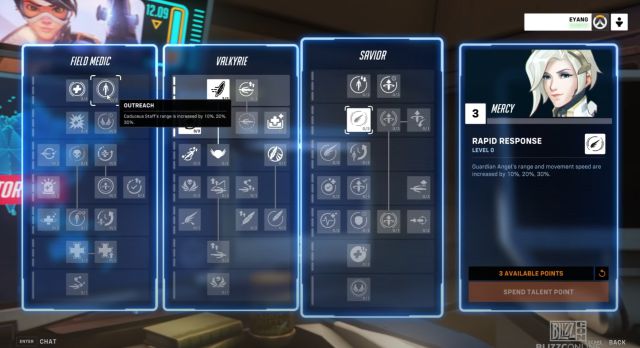 Each hero will have three skill trees to choose from among the PvE modes. You will earn new points as you continue to play the campaign and heroic missions.

Character progression in these modes will have its own individual journey. Each of the heroes will have three skill trees in which we will unlock new passive and active actions. They are raised in such a way that they modify the behavior of the skills, which varies the way in which the style of play of each one is focused. Among the exposed examples we see a Junkrat trap to which an electric effect is added, or a double explosive grenade launcher. The study notes that this system has undergone quite a few changes since its introduction in 2019.

Let’s go back for a moment to the PvE contents of the first game. The enemies that accompanied these special events did not have an elaborate playable structure. They were mere healthy targets that we had to defeat. Blizzard confesses that they were not satisfied with the results, a lesson that has allowed them to start working from a more advanced point. The baggage of these years translates into dynamic enemies that react better to our attacks. Even automatons can lose parts of their body in real time. 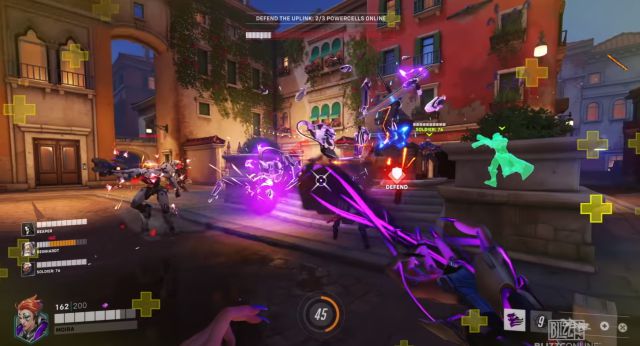 We can expect a multitude of new enemies, to which the Elite models will be added.

The concepts shown are of all kinds. Giant turrets, reconnaissance drones, humanoid robots … the bestiary aims to be varied. Given its mechanical nature, we can take advantage of its weaknesses to our advantage, such as chain explosive reactions that advance our work to other close rivals. The team is currently experimenting with alternative versions of the basics, which they call “elite enemies.” “We don’t want elite units to feel like ‘these guys have double health and damage.’ We want to make sure that they have different behaviors and attacks ”, they comment. They demonstrate the approach with the basic attack robots, who in elite version fire weapons in bursts and can crawl into position to explode when killed.

New scenarios and changes in philosophy

Although the multiplayer was the point with which they opened the presentation, its presence was relegated to the background given the relevance of what was commented in previous paragraphs. However, Blizzard did not miss an opportunity to showcase several previews of what is to come, such as the newly discovered pair of unreleased maps: Rome and New York. 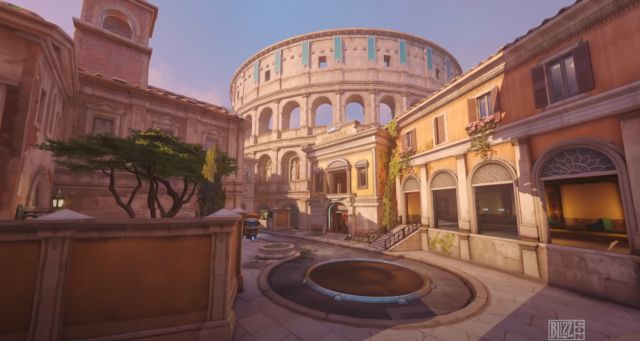 The Colosseum will have a prominent presence on the map of Rome.

“We wanted a romantic approach to the powerful feel of old world architecture,” says Bill Petras, art director, in relation to his work on the map of Rome. The images that accompany the presentation show the Overwatch reinterpretation of the Italian capital. The team stresses that their intention was for players to be able to see various of the city’s architectural icons, such as the Colosseum, during games. Something similar happens in the New York scene, only that the Art Deco style so popular between 1920 and 1950 will reappear.

In terms of playable parameters, Kaplan talks about “changes in philosophy.” The director refers to novelties in the roles that allow “to update the feeling of combat.” “We’re experimenting with an idea we call Passive Roles, which are passive abilities a hero can have based on the role they are in,” reveals Geoff Goodman, Lead Hero Designer. They are currently evaluating some measures that are in testing, such as the reduction of the regeneration of the ultimate when shooting at tanks. Instead, the supports will have a slow self-healing effect. These talents are subject to change as development progresses.

Revamped Gunplay: Feelings Behind the Trigger

Regarding combat, the team asked the following question: “What happens when a player holds the trigger?” To enhance what we popularly refer to as gunplay, they have a team dedicated to making weapons “have a much more visceral feel.” Sounds, animation, design… one by one add up to renew the combat. In fact, they point out that they have a new sound system that boosts this field compared to their previous work. Many of the ballistic and melee effects have been re-created from scratch. 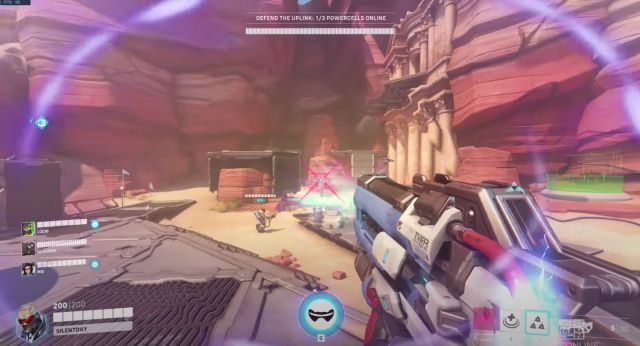 Improving the gunplay is part of the great news that comes with this sequel.

Associate Technical Director Timothy Ford shares “the evolution” that the genre has experienced since the launch of the first Overwatch. “We want to take the visceral nature of how we do combat further. We have focused a lot not only on the wonderful sound effects, but how the gun moves while you shoot. ” The improvements shown are significantly superior to their predecessors. Sombra’s SMG conveys the magazine progression very well as it empties.

Visual novelties have been introduced in the information you receive in the middle of the shooting. The damage direction indicator now varies in real time after moving the camera, helping you easily identify where in the environment the attack was made. Blizzard focuses on Soldier 76’s assault rifle. Recoil is now predictive, the camera shakes and the rifle recoils toward your body each time you pull the trigger. It helps to identify the force of our shot. They may seem like minor changes, but the set allows the combat to be more nuanced, more believable.

On the way: no one is left behind

We must remind you of the progression and cross-play among those who still remain in Overwatch. All your achievements and cosmetic items can be carried over to the sequel, including player icons, emotes, and more. In addition, that part of the community will be able to continue playing together with the players of Overwatch 2 with the heroes and maps that the sequel brings; no one is left behind.

Its release still remains undetermined. Already in 2019 Kaplan said he had “no idea” of when it will arrive. With the problems arising from the COVID-19 pandemic, he could have suffered some delay in his plans. In any case, the future belongs to Blizzard.