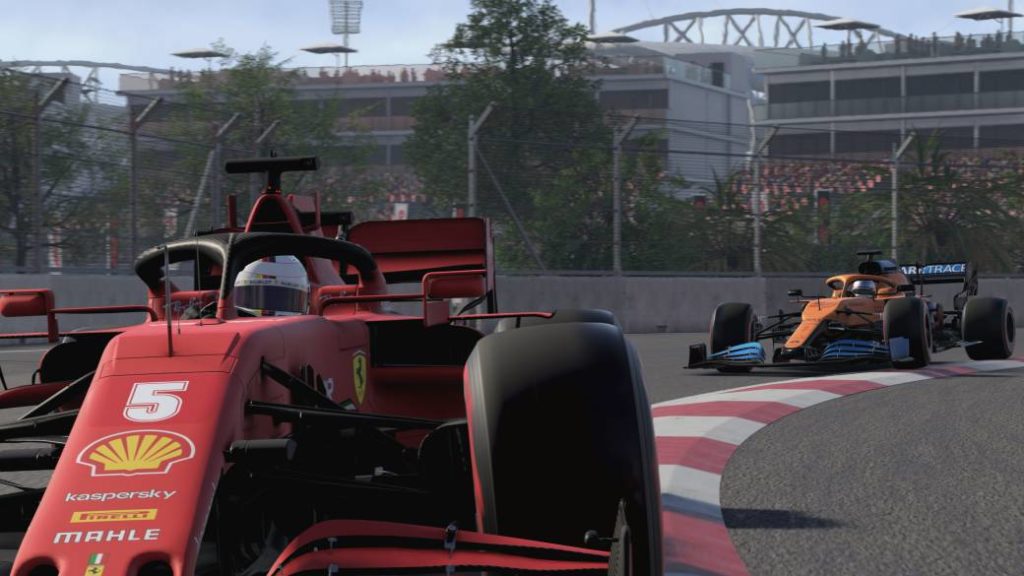 We look back to see what Codemasters’ path has been like during these ten years together with the Formula 1 license. Triumphs and successes.

Currently it is difficult to imagine a video game licensed by Formula 1 that is not under the Codemasters umbrella. The sign of the British has spread throughout the last decade; ten years that have served to place their work in the highest positions in the genre. Simulation and accessibility go hand in hand in what has become a tribute to the premier category of world motorsport.

And it is that the license has gone through moments of all kinds. From the uncertainty at the end of the 90s, to the commitment of the PlayStation brand to make it a serious and competitive product on the market. Because in the early 2000s, Sony Computer had the two biggest four-wheel brands: WRC, by Evolution Studios, and F1, by Studio Liverpool. Specifically, the seconds squared just at the moments of greatest audience in our country, thanks to the epics of Fernando Alonso.

“Formula 1 can be our FIFA”

The newspaper archive never disappoints. For better or for worse, the past marks judgment on what happens in the moment we live. We moved to 2010. Rod Cousens, CEO of Codemasters at the time, assured that his recent acquisition could mark a turning point in the future of the study. 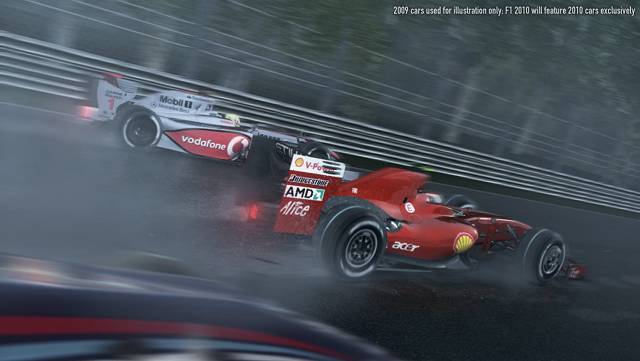 “There is no reason why F1 cannot establish itself as an important part of our annual release schedule as FIFA is EA’s. I think we won this license because racing games are in Codemasters DNA. Other companies would have paid more, but the quality of the title would have suffered, “Rod commented to the MCV microphone.

At the time of making these statements, Formula 1 had received its first video game for traditional platforms three years after Studio Liverpool’s last service to the brand. Formula One Championship Edition was part of the launch of PlayStation 3 in Europe. In practice, the title felt like a kind of extended demo, like PES 6 on Xbox 360. It used the same assets from the 2006 season. 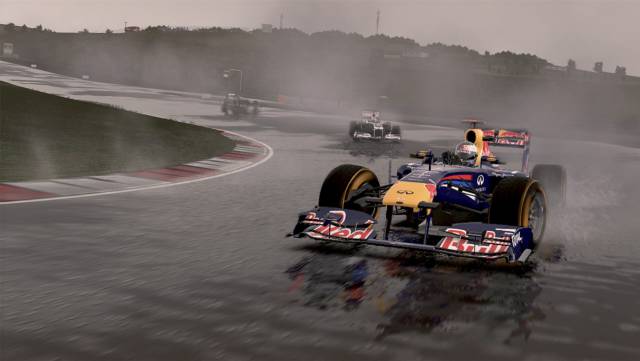 Therefore, when F1 2010 arrived, it did so by completely renewing the image we had of the brand at the controls. The British studio put its experience in the Rally at the service of the players on asphalt, although it was not without problems. Part of the community claimed that artificial intelligence was “inexact” with the behavior of a pilot in a Grand Prix, as if it were a time trial. The patches arrived, and with them the start towards the “all in one”.

Each installment would be outlined, with its pluses and minuses, in a forward push on what the company wanted to accomplish. In the minds of developers was the constant search for a balance between simulation and accessibility; halfway there, what we found was the beginning of the tribute to those who preceded the hybrid era. 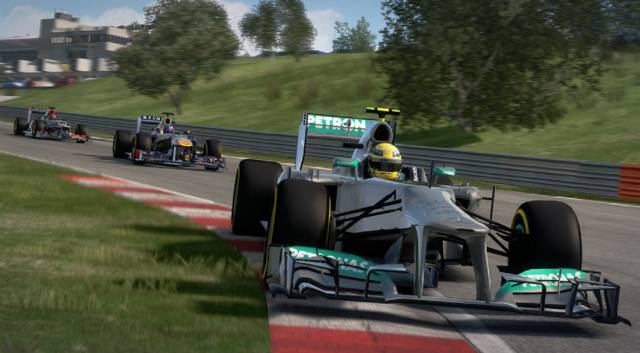 F1 2013 was characterized by the famous Classic Edition, an edition that extended the basic offer towards vintage Formula 1. A celebration of the 80s, 90s and 2000s. Names like Fitipaldi, Mansell, Prost or Alesi resonated in a game mode that changed the gameplay completely. All the assists that today’s cars have were a promise for the future for classic steering wheels. You controlled real barges, like the Williams FW12 from ’88.

The cascade of winks to those who lived that time were constant. From the characteristic sepia tone of the broadcasts of yesteryear to the participation of circuits like the one in Jerez, currently used as part of the preseason tests. 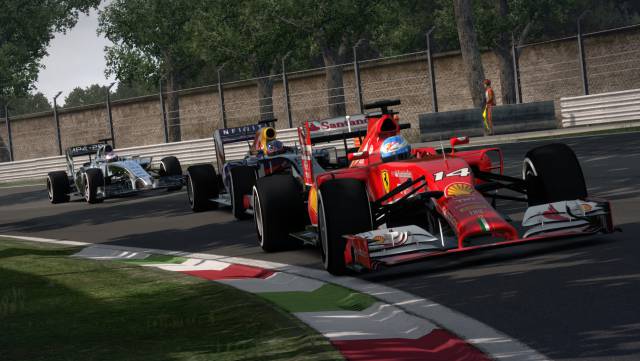 It is curious how it entered the present generation of consoles. In its first year of life, PlayStation 4 and Xbox One skipped the launch of F1 2014, a installment that felt like a transition at all levels. The saga would not enter the new hardware on the right foot. The constant technical problems and the lack of major innovations made 2015 and 2016 the prelude to the golden age for the saga, which would begin with F1 2017.

F1 2017 was the start of a stellar stage. A sweet moment that would come this 2020. The adjustments in the trajectory mode expanded the tools at our disposal, while polishing playable aspects that improved the driving experience, such as new physics attached to pianos or the management of the mix of fuel in the race. 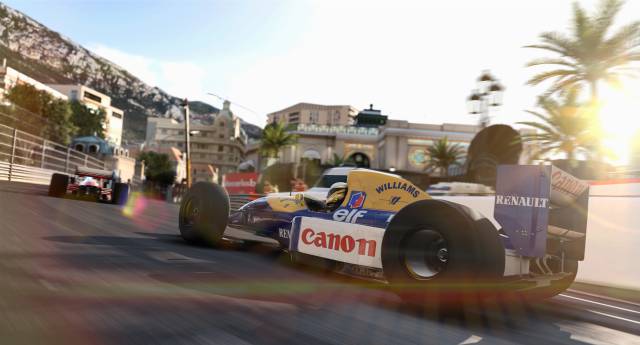 The famous 2018 Halo gave way to decision making. Since then, we wondered if we were facing the best installment in the franchise. And is not for less. The management of the car reached the ERS system. We had in our hands the behavior of the car throughout the race cycle, from the electrical part to the one related to combustion. Without forgetting, of course, the improvements in the multiplayer aspect, which has been increasingly relevant in recent years.

While 2019 was the addition of the past couple of years (and nurtured the graphic aspect of a new lighting system), 2020 has become the most important installment of the last five years for the British. Far from resting on its laurels as it did in 2014, Codemasters bid farewell to the generation with a brilliant title in the single-player offering and solid in online modes. 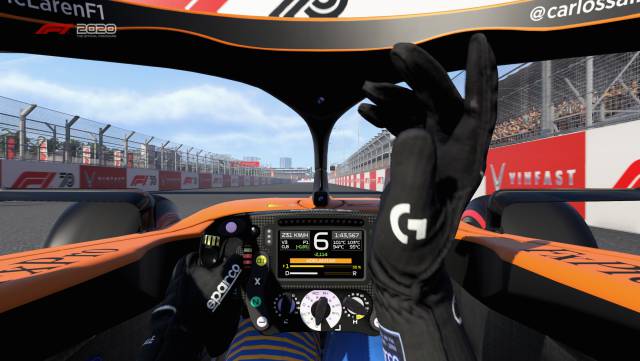 As we said in our Reviews, it is “the tribute that Michael Schumacher deserved.” The eternal Kaiser of Formula 1 is proud to star in a title that lives up to its legend. It is, without a doubt, one of the best games of the genre that we have had the opportunity to analyze. Inescapable for any follow of Formula 1.