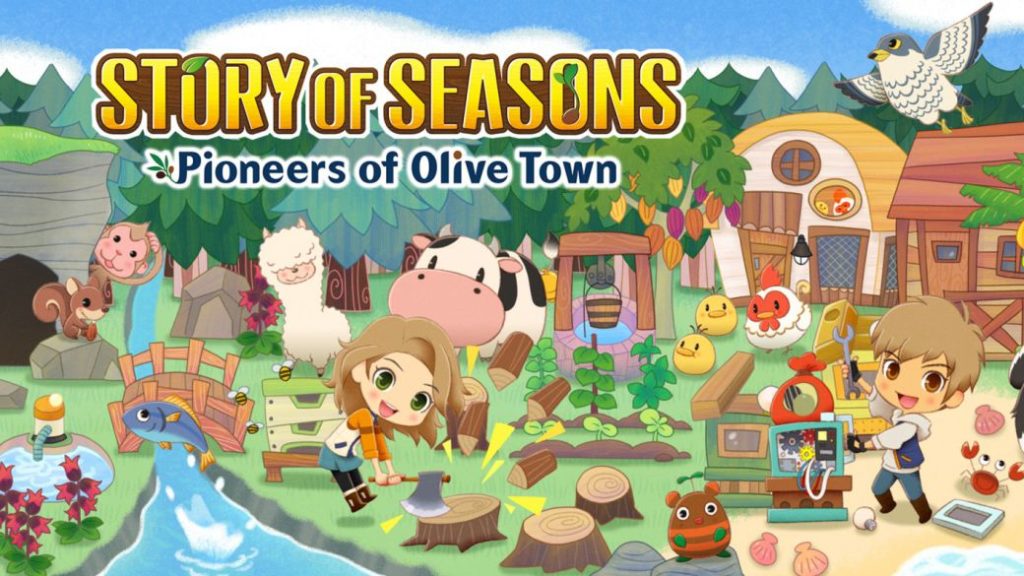 Story of Seasons celebrates its 25th anniversary with Pioneers of Olive Town, a new game in the series exclusively for Nintendo Switch.

Twenty-five springs meets the Harvest Moon franchise, now Story of Seasons, and to celebrate it, the Marvelous-Xseed Games duo has created a work that will remain in the memory of all fans of the saga. We are talking about Story of Seasons: Pioneers of Olive Town (Pioneros de Villa Oliva), the new installment exclusively for Nintendo Switch.

What you are going to read next is a preview of our first hours at the Villa Oliva farm, and we already tell you that there have been many more than we imagined at first. Get your wallet ready because Story of Seasons hits the table very hard.

Welcome to Story of the Stardew Crossing 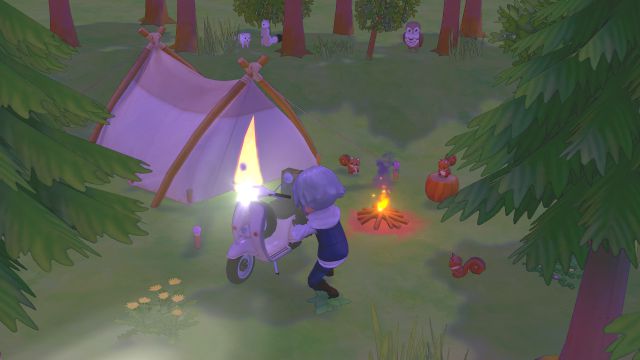 This new foray of the brand on consoles continues its usual and established course, offering the player a title of agricultural and social management, so the base will be the same as in previous ones. That is to say; grow vegetables, raise animals, take advantage of both options, establish affinities with the town, help the mayor and his neighbors with tasks, mini-games and why not, find the love of your life and start a family.

We are not exaggerating when we say that this new chapter of Story of Seasons aims very high. The developer has borrowed some of the best ideas from other management games and included them in Pioneers of Olive Town, pretty much what Eric Barone did for his Stardew Valley. The result is simply wonderful and quite possibly it will become one of the best installments of the saga, at least from what we have been able to observe so far. And completely in Spanish! 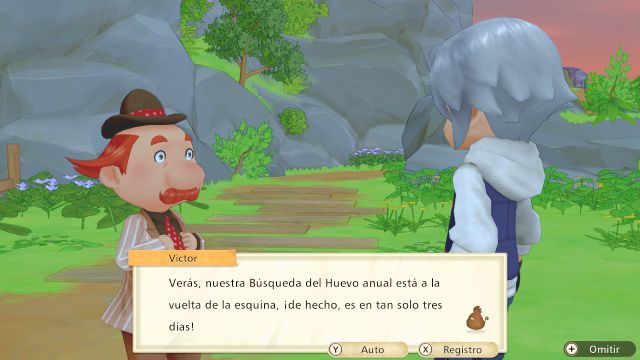 We return to the usual story; the grandfather of the main avatar passes away, leaving behind a shattered farm that needs a lot of love to return to what it was in days gone by. It is time to get into action, not without first going through a complete character editor where you can see the love that the developer has put into this new product. Different faces, outfits, voices, personalities and endless other options to create our FOTY —Farmer of the Year—. A delight.

When we set foot in Villa Oliva an accumulation of colors and sensations – very positive – run through our skin, and the video game is beautiful no matter where you look. Scenarios full of details, the vegetation in motion, completely three-dimensional, bright and radiant colors, the most charming scenarios and a town that oozes life, a lot of life. On this occasion, the deformed chibi design of Friends of Mineral Town is left aside to present more stylized anime-type characters but using more fun designs in animals and creatures. 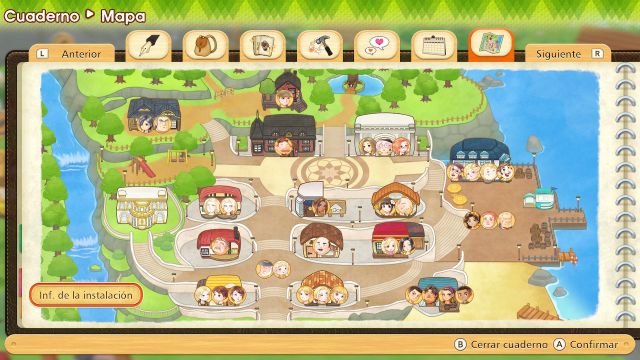 Story of Seasons — formerly Harvest Moon — has always been more of a farm management game than a social one, and Pioneers of Olive Town maintains this premise. However, Marvelous and Xseed Games have added features that balance this uneven scale a bit more to give locals more prominence. Between the affinity system and the gift system, there is a lot of new sequences generated by the game engine and a request board in the purest Stardew Valley style, but more simple.

Practically from minute one we check that free time, which is said a lot, we will not have too much, even selecting the easiest level of the two available. Time management is necessary and mandatory if we want to be someone in Villa Oliva … or at least someone with full pockets. And this is where the saga has always shone and where it continues to do so, on a larger scale, in Pioneros de Villa Oliva. For example, we now have a much more elaborate crafting system than in previous installments and with many possibilities. Here, part of the fault lies with Animal Crossing New Horizons and Stardew Valley, as it drinks from both for its perfect implementation. 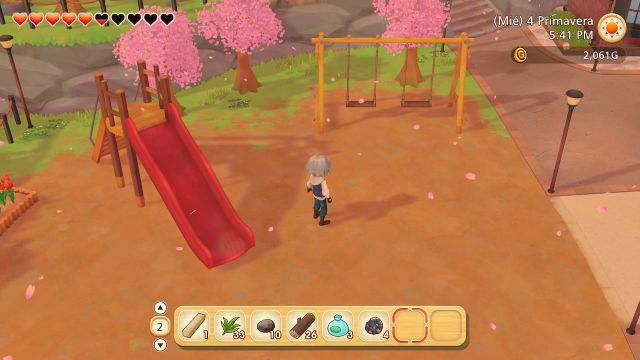 From creating a skein of yarn, fabric, mayonnaise, yogurt, sugar, sprinklers, cooking recipes, home furnishings, bricks, fences, paths or even a water extractor machine. There are so many and so many possibilities that it is overwhelming, and the list of craftable items grows every so often. Items related to the fabric, to add even more edge, can be exchanged at the clothing store in exchange for dresses and accessories, such as glasses or hats, to show off your palm on your character.

Also thanks to the new cultivation and / or animal care mechanics, which will make both things and many others more understandable and simple to carry out. Or the addition of new variants of animals, the photo mode necessary to increase the museum’s collection or the countless residents and tourists who reside in the town. 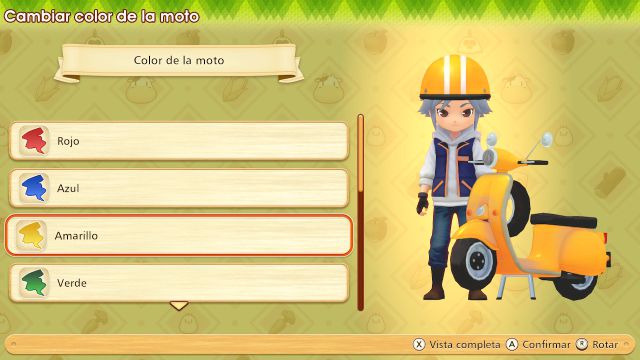 This last point, we appreciate the efforts of the developers to make Villa Oliva a very alive —and large— town. With every minute that passes, residents of the village or tourists come and go thanks to the online mode of the video game. We can also see them carrying out actions, such as watering plants, talking, hanging out in the restaurant or reading posters. And, furthermore, in great numbers. It is a busy town where it is a joy to walk around and talk with the residents.

Another possibility that is open to us and that will also require considerable effort in time is to infinitely customize our farm and neighboring lands. Paths, fences, moving the animal farms, decorating it with motifs or statues, adding streetlights and practically whatever comes to mind. 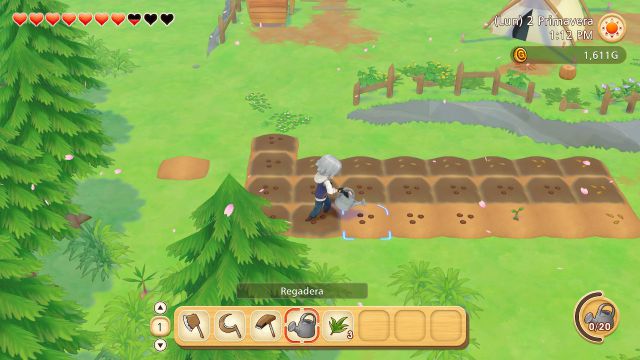 Although we have not yet made the most of the video game, the developer promises more than 200 unique events to enjoy. We have already tried some, such as the Egg Day festival, and although during the same we have seen video sequences and talked with many locals, the software has participated by ourselves, leaving us aside in the famous search for the colored eggs.

The hours have flown by on our short stay — for the moment — in Olive Town. It scares us, really, but Marvelous and Xseed Games have created a tremendously addictive and agile video game. Just for going down to one of the mines available in the title and hammering a heart hoarder mole is worth spending hours on.

It is true that now there are more variables that enter into the farmer’s day to day but the feeling that as soon as you do you receive a reward is very satisfactory. From what we have seen, the balance is perfect and it also becomes an extremely suitable delivery for novice players. Not only because of the fantastic interface —improved even more than what we saw in Friends of Mineral Town— or its simple gameplay, but also because there are tutorials left and right. 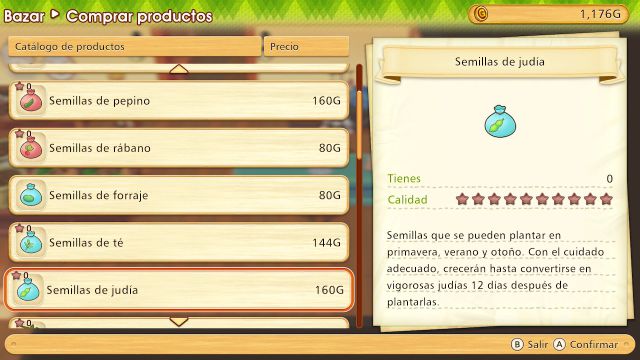 Although the game looks spectacular and breathes life through all its pores, it should be noted that currently – and with at least one patch already implemented – the game suffers from considerable loading screens when entering the town or our farm . They are only those two moments but they stand out greatly. That and that sometimes – which we will explain in detail in the Reviews – the program does not perform in terms of image rate. Now, even with these technical hiccups, the game is entirely satisfying.

For all this and much more, Story of Seasons Pioneer of Olive Town is called to be one of the best agricultural management titles on the market. The most direct competition, Stardew Valley, is number one at the moment, but the title that celebrates the franchise’s 25th anniversary is on the way down and will most likely come with rave reviews under its arm. It is what it has to wake up, give what the public asks for, renew the gameplay and mix it with a very attractive visual section. Now, if you allow us, we have a few bunches of onion to collect from the garden …