You are here: Home / Preview / Subnautica: Below Zero; our first dip in the frozen planet 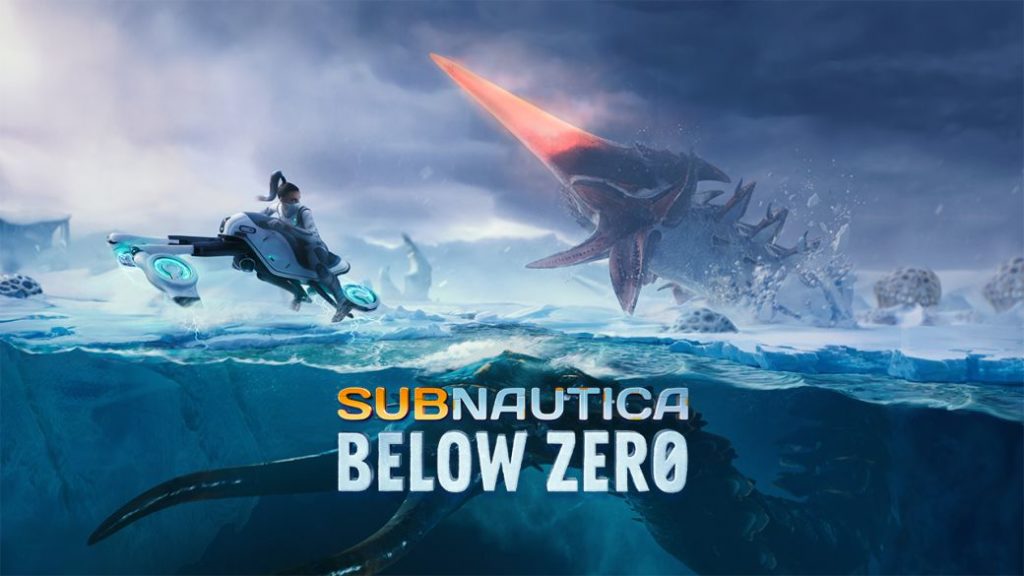 We tell you our first impressions of Subnautica Below Zero, the new Unknown Worlds proposal that is a worthy successor to Subnautica

A frozen wasteland in which we can only warm up by immersing ourselves in its cold waters. Our breathing rising to the surface is the only sound besides a mysterious broadcast that seems anything but human. We need to eat, we need to drink, and we need answers. This and much more is Subnautica: Below Zero, the sequel to Subnautica that Unknown Worlds Entretaiment has shown us in its early access phase. We had the opportunity to speak to the development team and dive into the title first hand to bring you our impressions on this sub-zero adventure. 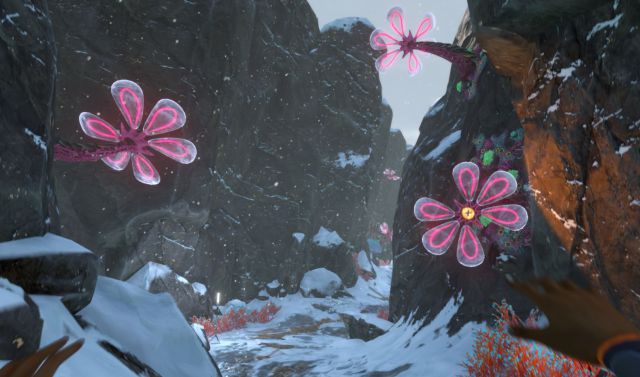 Like its predecessor installment, more than a survival title, Subnautica: Below Zero is an adventure in which we have to survive to discover the truth. In other words, it is not only about getting through the day to day and improving the facilities of the base: there is a reason why we are there, a story to unravel and mysteries to solve. Of course, advancing the technology we have at our disposal will make navigating the uncharted lands of planet 4546B much more affordable, but like its namesake predecessor, Subnautica: Below Zero goes further.

We insist on mentioning the first title in the saga because we are facing a worthy successor to it. The narrative, Robin’s search for Sam, the history of the planet and the surprises that we find on it, everything is implicitly told in the underwater and terrestrial environment that we progressively explore. We don’t have to kill creatures, but understand them, study them, and learn to live with them. Although it is true that a vegan route would be very inefficient considering the circumstances in which Robin finds himself.

In addition to beautiful scenery both underwater and on the surface, Subnautica Below Zero brings players new creatures and technological tools. We are not going to enter the realm of surprises to avoid spoiling, but we want to emphasize that the satisfaction of being able to move a hundred meters more than in the last foray can mean discovering terrifying answers to questions that we had not dared to ask about the world in the world. that we land and the beings that live in it. This environmental narrative gives the aspect of survival an incentive that many titles in the genre tend to lack, and it is the plot progression of the Robin and Sam story. All this is complemented by a magical and not at all intrusive soundtrack, which in a mysterious way does not interfere with the feeling of pressure of being a hundred meters below the surface of the sea, but rather complements it. Of course, the end of the plot can only be discovered by the players when the final version of the game comes out.

Thanks to the early access phase, players can see our plans, progress, successes and failures. This is how we built the original Subnautica. By involving the player in development and taking their feedback into account, we create a better game. ”

A familiar but different dip

During the two years that the title has been in early access phase, the Unknown Worlds team has listened to the community, not only for bugs and errors but also for additions that match the initial idea of ​​the project. For example, one of the great contributions of the community is a small robot penguin that can blend in with the local fauna to get first-hand images and even take selfies with other organic multi-eyed penguins. Some marine creatures have also been added that can serve as transport for the main diver, new tools and vehicles, as well as dangers, mostly derived from the extreme temperatures that we have to face. Of course, they have also chosen to keep some elements of the first title that were successful with the players, such as the Jukebox and other elements dedicated to the decoration of the base.

Another difference that we notice especially during the first bars of the adventure is the feeling of loneliness. We no longer have that omnipotent voice that guides us through the frozen biome, but we will have to face the adversities that we find with the only company of recordings and messages that we can review on our PDA. For those new to the universe it can be a bit tricky at first, but nothing that can’t be solved with a bit of menu exploration and a few minutes collecting food and aerosols around the base. On the other hand, those familiar with Subnautica will move forward more efficiently and taking more determined steps, but they will also have to adapt to some paradigm shifts that are justified in the icy setting of the new planet.

In this environment of danger that is closer to the narrative of science fiction than horror, they have also wanted to develop new approaches in the game modes. Standard, Extreme, and Creative Survival mode are still available, all with corresponding zooms. In the extreme, any death means the end of the entire game, while if we opt for the creative one we will not have limitations in terms of materials and objects. They have also commented that they would like to implement a relaxation mode, which focuses on relaxed diving.

The team has also worked on adding accessibility options that allow more people to enjoy the title. Among them, we can highlight a mode that highlights the objects with which you can interact unequivocally, which greatly facilitates exploration and obtaining resources. We also have the option to have the game pause when we open the menu, so that we can review recipes and records without risk of drowning while we do it. They have confirmed that we can enjoy this adventure on all platforms, from PS5 to Xbox Series through Nintedo Switch and, of course, PC. In the team’s own words, they have worked to make the experience with the controller satisfactory, they have just finished polishing the vibration in them and they do not rule out doing something focused especially on the functions offered by the DualSense.

In terms of technical problems, there are few that we have come across. The game is a visual delight and looks smooth on the PC version that we have been able to test. Although it is true that we have experienced frame drops when crossing, for example, with a particularly large school of fish, it is not frequent and does not affect the game experience. We have also gone through some texture when coming to the surface, which is understandable considering that the title is still in the early access phase.

The continuation of a special experience

Subnautica: Below Zero is a title that, for each step we advance in it, we want to give a hundred more. Each small find feels small in a world so wide and at the same time fundamental for the opening of doors to new places to explore. Getting the algae fiber needed to make fins can mean that we swim a few meters deeper, which means that we can stumble upon a cave full of narrative secrets and new materials. This feeling of exponential and constant improvement remains throughout all the hours of Subnautica Below Zero gameplay: if we don’t want to advance through the mysterious story we will do so to test a new tool that we have just built, and if this is not the case we will to explore a new area that we have just gained access to. 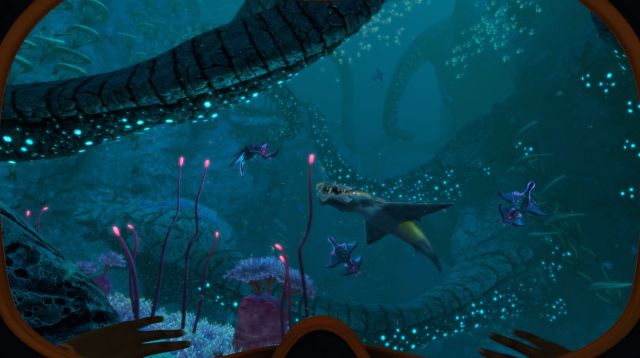 The experience is complemented by a soundtrack that adds an almost magical atmosphere to our underwater expeditions and a technical section that does justice to the incredible landscapes of planet 4546B that we can enjoy during our adventure. Of course, the playable part is satisfying enough to stand on its own, but we highly recommend entertaining yourself in the audio files and messages that we will be able to collect during hours of play, as they add a layer of depth and meaning that greatly improves. the quality of the adventure.

For players coming from the first installment, it will be a delight to re-experience what the Subnautica universe has to offer and, once again, see its base and resources grow and expand as we search for Sam. On the other hand, potential players who put a fin in the Unknown Worlds saga for the first time will be able to enjoy the experience without being left behind, since it is a different story and that defends itself both in the narrative and in playable. We will find a larger map than in the first installment, new mysteries and surprising creatures that make Subnautica: Below Zero a unique and recommended experience for all lovers of the genre and diving.