You are here: Home / ABZU / Thalassophobia in video games 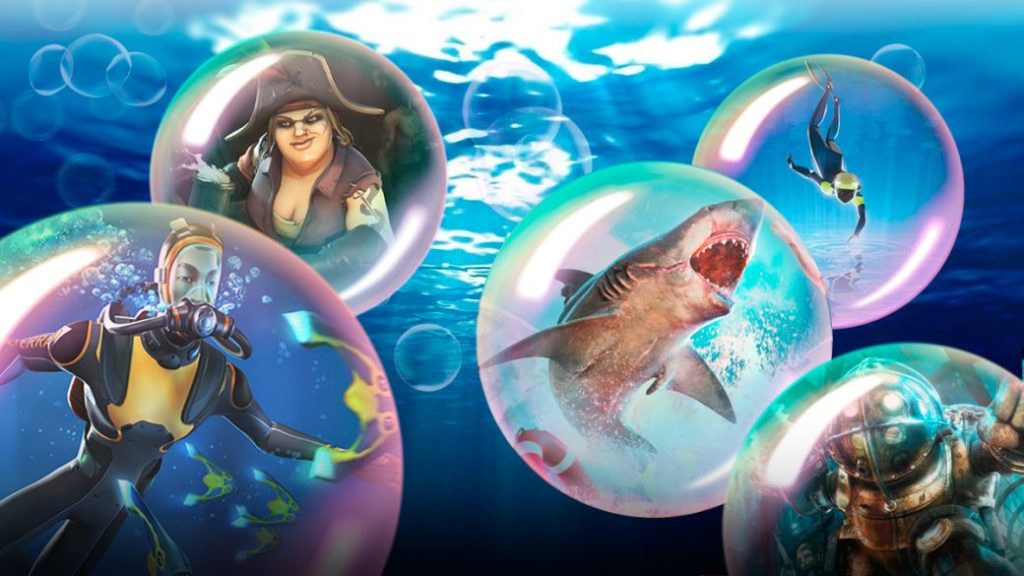 We tell you how excessive and recurrent fear of large bodies of water can affect people in video games.

Despite the fact that many people suffer from phobias and try to lead a normal life, they are capable of crossing some ‘borders’ and moving on to those hobbies or entertainment that we usually do. The funny thing is, we may not be aware until we come across a face, and that is that in video games this may be possible with thalassophobia. Over the years, video games are becoming more graphically realistic and the ability to create an underwater world is much greater for most, despite the fact that other video games of the past have also managed to cause this fear. The panic of not knowing what is happening on that blue map or on an unlimited background, is quite overwhelming for those who suffer from this phobia in real life. That is why we wanted to make an article delving into thalassophobia, the video games that can cause it and how to deal with it. 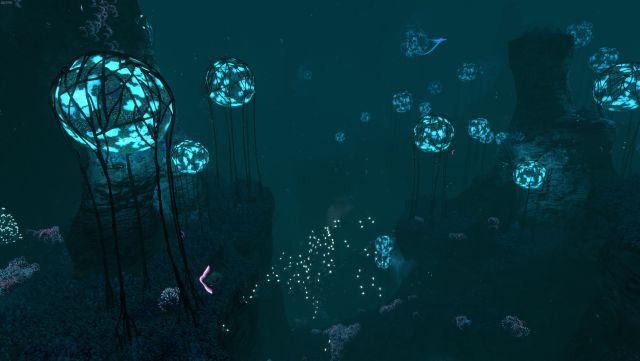 What is and how does thalassophobia affect?

Thalassophobia is a concept that refers to the persistent and intense fear of deep bodies of water such as the sea, oceans, swimming pools or lakes. Although it may be closely related, thalassophobia should never be confused with hydrophobia, which is classified as the fear of water itself. Thalassophobia makes more reference to the fear of being in deep bodies of water, fear of the vast emptiness of the sea, the waves of the sea, sea creatures and, above all, the fear of distance from the land. Well, this phobia is characterized by certain physical and emotional traits that an individual exhibits, either the level of reaction to this danger, such as illustrating abnormal behavior in situations or environments that trigger their fear: constant worry, panic attacks, need to escape, overwhelm, among others.

Some people develop this fear from previous experiences, such as being about to drown or being caught in a storm surge. Others simply get it through observational exposure, either by observing people who are afraid of the sea or having a bad experience in the ocean. In fact, there are people who suffer thalassophobia as a result of being influenced by the press when they talk about drowning, boat accidents or shark attacks, although the latter has also been caused by the movies. The fact is, how is it possible that such an overwhelming phobia can penetrate the screen and make it feel like this fear occurs when we are playing a video game? 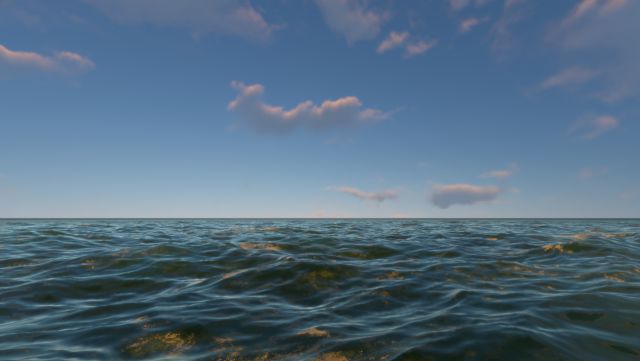 Video games that can cause thalassophobia

In reality, no video game wants to provoke a phobia, that is clear, but sometimes it is inevitable that a fear of reality can also be suffered in something virtual. Like thalassophobia, suffering a fear in a video game can also occur with other types of phobias such as arachnophobia or even aviatophobia. All this is due to the fact that graphically videogames nowadays come to be considered an almost realistic experience, since it aims to immerse you and make you part of a world in which you are the protagonist and which surrounds you with thousands of details that, clearly, can cause you to make yourself believe that this is actually happening in reality. It is our job to be aware of what we can find or what awaits us if we want to investigate the marine ecosystem. However, this has also happened with other games of the past that with the simple fact of feeling that we are surrounded by water has triggered the alarms of this phobia.

Now, if what really interests us is to know what video games can cause thalassophobia, we are going to indicate some of them. A clear example of an underwater world full of danger and with a multitude of terrain to explore in the depths is in Subnautica. In this video game we can live an adventure of salvation, where after crashing in an ocean world, the only direction we can go is down, having to manage the oxygen supply and be prepared for the great life that surrounds us. In addition, it reminds us of another video game known as FarSky, in which we will control an underwater explorer, stunned and wanting to survive from the depths. But what if we turn the tables and we are the sea creature itself? In MANEATER we will live the experience of being like a supreme predator of the seas: a giant shark. This may make us more secure, but in reality the depth of the ocean still exists and sailing at our ease can also be a very tense time. 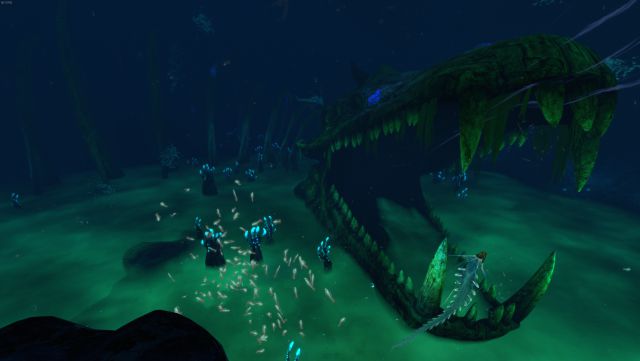 Life in the seas can not only be found in the depths, but also in navigation, this for example occurs with the experience of being a pirate and specifically in Sea of ​​Thieves. In this video game we will be able to explore an immense open world full of virgin islands, sunken ships, as well as some interesting creatures that we will have to deal with. Instead, we can change roles from a pirate to a diver and dive back into an ocean full of mysteries, life and color with Abzû. In this video game we will be surrounded by a vibrant world full of hundreds of unique species and where we can become familiar with the marine fauna, although our presence can also draw the attention of some predators. 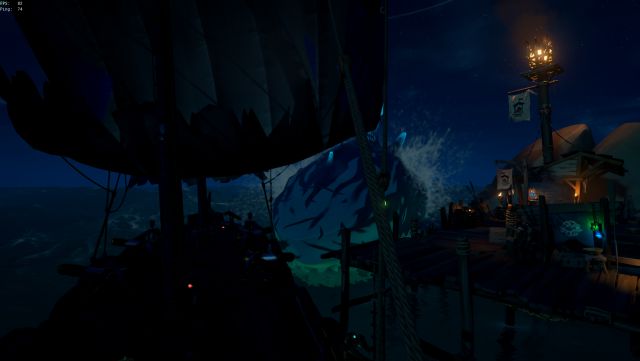 It does not have to be a specific game about oceans that can cause thalaphosobia, there are also specific moments of certain video games where they use the depths within the creation of their world. We have the example in Monster Hunter Tri with the battle of one of its monsters called Ceadeus, a large sea monster that we will have to face knowing its abilities very well. The same happens with Water Colossi in Shadow of the Colossus, a huge beast that we will have to kill, in addition to forcing us to grab onto it and plunge deep into the darkness. Another clear example is in BioShock, especially in areas where the city had leaks and you could even drown, causing a great feeling of tension and overwhelm.

However, video games that offer an open world are more likely to have a part of the game go to the ocean or the sea, even if it is not the main core of the story. This happens with Assassin’s Creed IV: Black Flag, when we have to perform a diving mission or also in Far Cry 3 when we have to hunt sharks. The well-known MMORPG, World of Warcraft, also presents a fairly extensive open world, and there is a specifically underwater area called Vashj’ir, and even in that same place we can achieve an achievement if we face a huge shark that navigates the area. On the other hand, in The Witcher 3 we will have the possibility of diving and swimming, facing some marine creature, although with the luck that there is nothing else. Even, did you know that if you try to reach the end of the GTA V map, a shark appears and devours you? In short, there are a large number of games that have taken advantage of this oceanic world to implement a story and make us participate in it, despite the uncertainty of not knowing what we can find. 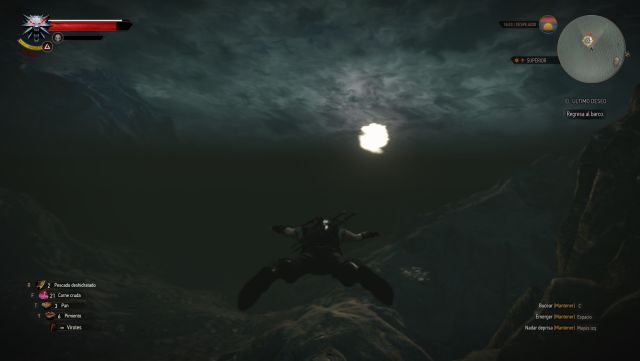 The best way to fight is by facing it

Dealing with thalassophobia in video games can be as easy as staying away from large bodies of water and avoiding approaching a sea monster, but it is very likely that each person approaches it in a different way. It is clear that everything is included in a negative thought and that we psychologically consider that our own character is going to suffer and as a consequence we too. But just as this occurs as a negative rejection, we can manage to think how transcendent it can be that our character dies or is injured, knowing that it is a video game. It is important to know that some games such as the well-known Sea of ​​Thieves have incorporated a mode for those who have thalassophobia, offering a function that allows you to float automatically and never drown.

Just as thalassophobia has a treatment in real life, transferred to video games there are some viable options that can also help. One of them is exposure therapy, that is, instead of actively avoiding that object or situation that we fear, it would be exposing ourselves to that fear, but in a safe environment. An example would be to admire carefully and from a distant point that area full of water, causing that fear to begin to reduce. In fact, the continuous experience within these video games can make us feel comfortable in the environment and even relax, gathering the courage to go deep again. They say that the best way to combat a phobia is to face it head-on. Even so, and knowing all this, the important thing will always be that you enter a video game being aware of its genre, the experiences it offers and, above all, that we have guaranteed fun. 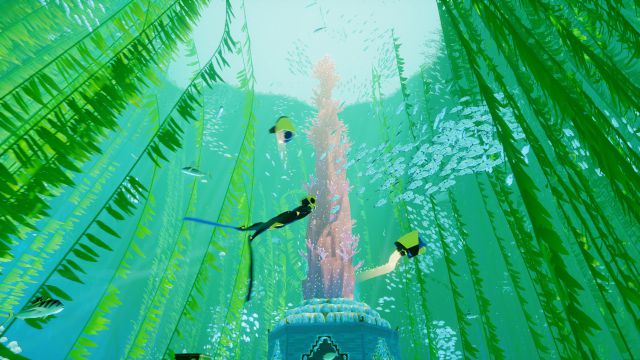