You are here: Home / Bethesda Softworks / The Elder Scrolls V: Skyrim receives new 8K textures from the hand of a new mod

The veteran Bethesda Softworks title evolves tirelessly thanks to the activity of the modders, who continue to modify the game.

Bethesda Softworks is already focused on the franchise's next video game, but The Elder Scrolls V: Skyrim still has things to say. After leaving on the previous generation of consoles and on PC, the title has also visited PS4, Xbox One and Nintendo Switch. The jokes that the refrigerators will be among the next platforms and the toasters have been a constant. However, we will need something much more powerful than a microwave to be able to run the title in 8K resolution. The pack is offered by the “winedave” modder, which updates its texture package and makes it available to players.

This set of textures offers a face lift for some scenarios that had not been included in their previous packs. In addition, they have been created using the 3D scanning technique to obtain the best results. In total, almost 5.5 GB to enjoy the world of Skyrim in the best possible way.

There are several packs available. For example, the Northern Landscapes mod improves the textures of environments in general. The other packs give a new color to the beaches, coasts and textures of the ocean floor, not to mention the streets, snow, mountains, etc. Those who prefer to reduce the download size have the option of opting for the 2K and 4K versions. 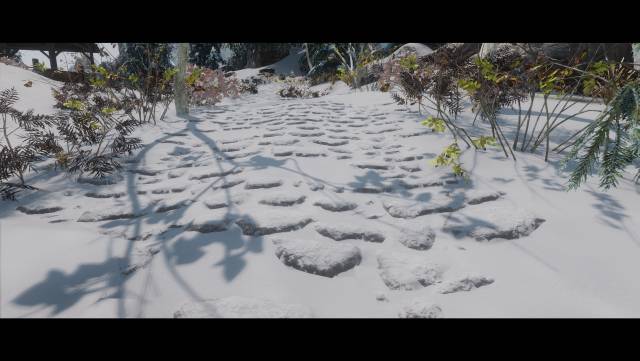 The Elder Scrolls VI and Starfield

While Bethesda struggles to solve the problems of Fallout 76 and outlines the launch of Doom Eternal, which was recently delayed until March 20, the company already has its eyes set on the new generation of machines. The Elder Scrolls VI was announced alongside a completely new intellectual property, Starfield. Since they were unveiled, at E3 2018, new details have not yet been released.

The Elder Scrolls V: Skyrim can be purchased in its final version on PS4, Xbox One, PC and Nintendo Switch.