You are here: Home / News / The Last of Us Part 2 characters come to Resident Evil 3 through a mod 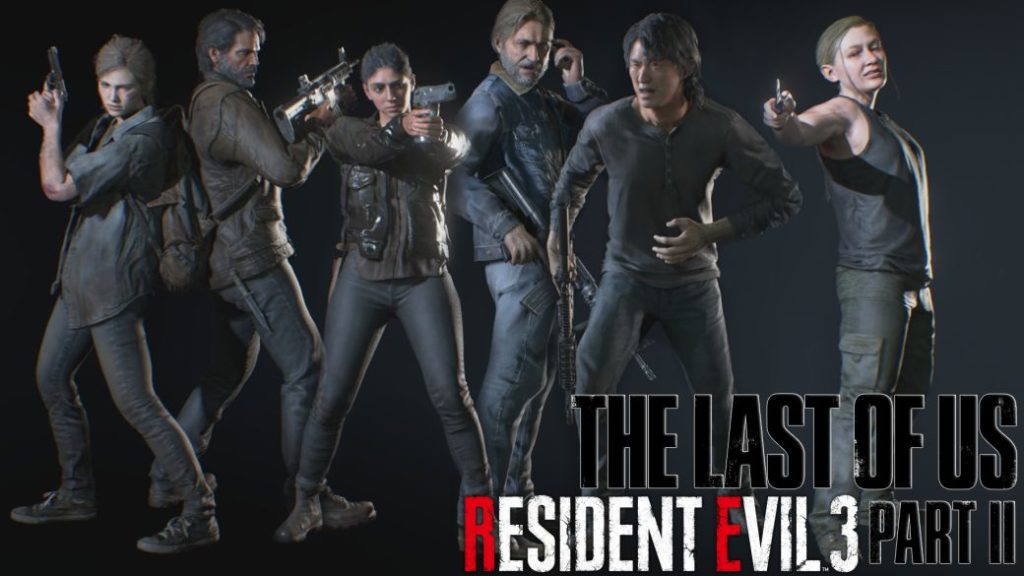 Both sagas share a universe of creatures from beyond the grave, but now they come together thanks to the community.

Ellie, Joel, and Abby have been battling infected for years, monsters that were once human beings but now roam a post-apocalyptic world waiting for their next victim. The same thing happens to Jill Valentine and company, only they are characters from different games. However, thanks to a new mod, the protagonists of The Last of Us Part 2 visit Raccoon City in Resident Evil 3 Remake, the most recent game in the Capcom saga.

The mod is available in Nexus Mods and offers exactly what one expects of it, that several of the protagonists of the Naughty Dog game wander through the city and annihilate the zombies that lurk around. Ellie, Dina, Joel, Tommy, Jesse, Abby and Bloater fill in for some of the main characters in Japanese action survival horror. Of course, it is only available on PC.

The Last of Us Part 2 was released last summer exclusively for PlayStation 4. With the launch of Sony’s next-gen console, Naughty Dog has not improved the graphics, but has updated the product so that some of the DualSense controller functions are used during the game. This is the case with adaptive triggers, which add different resistance to the triggers.

As for Capcom’s license, Resident Evil 3 Remake was released in April 2020, just as the coronavirus pandemic began to spread around the world. The Japanese company is currently immersed in the development of Resident Evil Village, the eighth episode of the main saga. PlayStation 5 players can now access a small demo, available for free on the PS Store. This new installment will hit stores on May 7 on PS4, PS5, Xbox One, Xbox Series X, Xbox Series S and PC.