You are here: Home / House House / Untitled Goose Game will arrive on September 29 in physical format 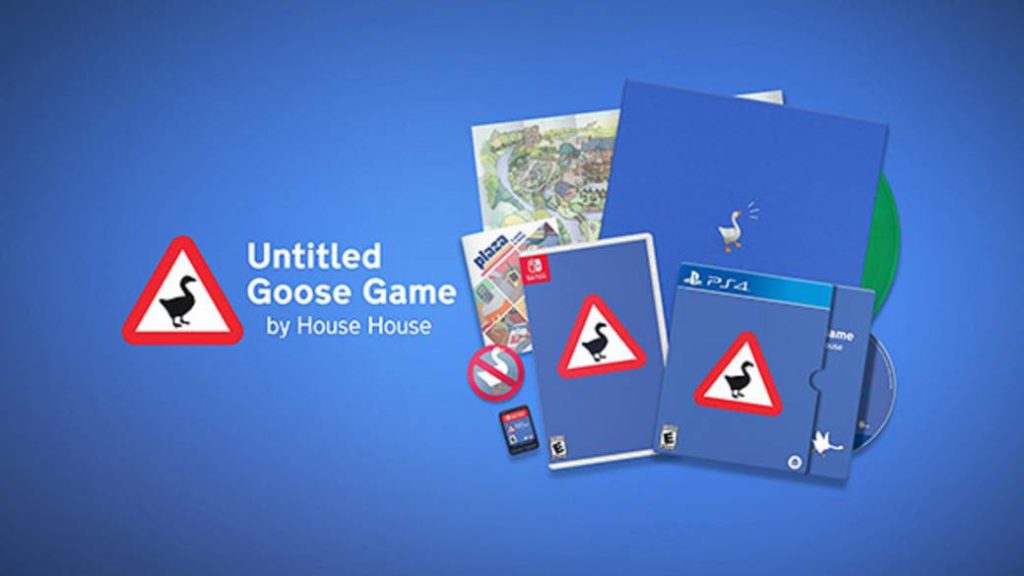 The goose is put into the box to continue doing his thing on PlayStation 4 and Nintendo Switch. All the details about the edition.

Nothing escapes the chatty goose of Untitled Goose Game, one of the great surprises of the year 2019. The title, which won several awards (including Game of the Year in some awards), will feature two editions in physical format. Panic Inc., iam8bit and House House have teamed up to edit the boxed video game, both on Nintendo Switch and PlayStation 4. As reported in the press release, its release is scheduled for September 29, 2020. Also It has been confirmed that it is already possible to reserve it in “the usual purchase portals”.

The standard edition will include not only the game, but a complete set of extras. In addition to a Spring / Summer guide with 24 pages of information on objects “that could attract the goose’s attention”, the edition comes with a map of the town in poster format (27 x 43 cm), which has been designed by Marigold Bartlett, an artist from Merlbourne. As if that were not enough, players will get an official sticker with a very clear message: Geese no. The protagonist of the adventure is unlikely to heed the warnings, at least considering his track record. The Lovely Edition, for its part, is exactly the same, but it is made from recycled material.

#UNTITLEDGOOSEGAME WILL ARRIVE ON SEPTEMBER 29 IN PHYSICAL FORMAT!

Reservations for Switch and PS4 open today in the main stores in our territory.

The standard edition includes the game, a small guide, a map of the town and a sticker of Geese NOT pic.twitter.com/zpQvHohZQH

Untitled Goose Game is a small video game of independent cut that conquered part of the criticism with its irreverence. The character walks loose around town and takes the opportunity to do his own thing and annoy the poor townspeople. In addition to stealing hats, he will perform all kinds of mischief, since his stealth ability allows him to act without fear of the consequences.

The House House production has garnered awards at the BAFTAs and Golden Joystick Awards. Both in the Developers Choice Award and in the D.I.C.E. earned Game of the Year recognition. Untitled Goose Game is available on PS4, Nintendo Switch, Xbox One, and PC.