You are here: Home / Arkane Studios / Wolfenstein: Youngblood: all the keys that change the saga 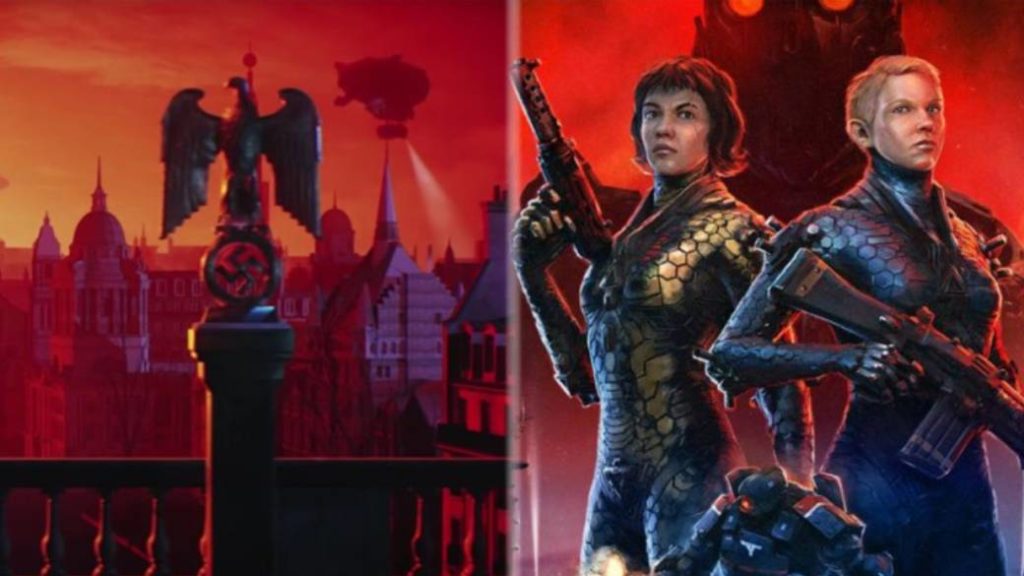 We interview Tommy Tordsson Björk, narrative director of Wolfenstein: Youngblood, to ask him about various aspects of this new installment.

Wolfenstein: Youngblood is about to arrive on PC and PS4, Xbox One and Nintendo Switch consoles this July 26. It is a sequel to The New Colossus, but it is much more than that. It is a delivery that changes the concept we had of the saga and decides to bet on the cooperative, the most open and possible scenarios, in addition to offering various ways to face the situations that arise (yes, we can use stealth if so we want it). We interview Tommy Tordsson Björk, narrative director of the game, to ask about all these news and better understand what awaits us in the adventure of Jess and Soph Blazkowicz.

In the final bars of Wolfenstein II: The New Colossus it is clear that the story does not end there. The fruit of love between William Joseph Blazkowicz and Anya Oliwa gives birth to two daughters and, coming from whom they come, we know they will have a story to tell. Therefore, we asked Tommy Tordsson if it was something they had already thought about for a long time: 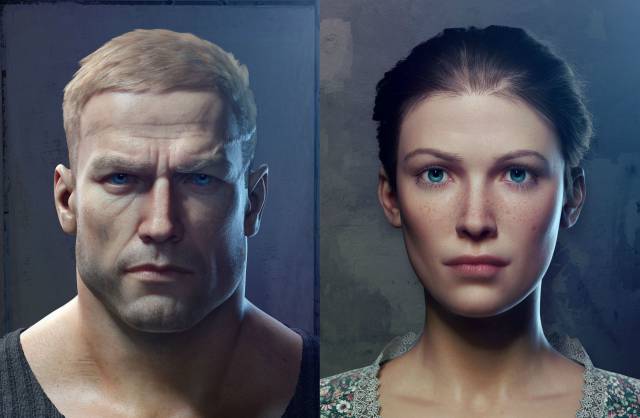 “Yes, it was something we were talking about during the development of New Colossus, how much we wanted to make a cooperative game within the Wolfenstein universe. Because Blazkowicz and Anya were going to have daughters, we thought it would be the perfect opportunity to tell a story with a gameplay based on the cooperative. ”

Another point that we find interesting is the fact that it is two women who carry the reins of this sequel. Not two men, not a man and a woman, but two sisters. We want to find out why this decision is made and the narrative director makes it clear to us:

“We chose to be two women protagonists because we thought it was the ideal time to stir things up in Wolfenstein's universe. In general, in the video game industry there has been a lack of female protagonists, so we found the perfect opportunity to do something about it in the saga. Blazkowicz has already had the spotlight during various deliveries, so we believe that with the arrival of the new generation it is a good idea for his daughters to take over. ” 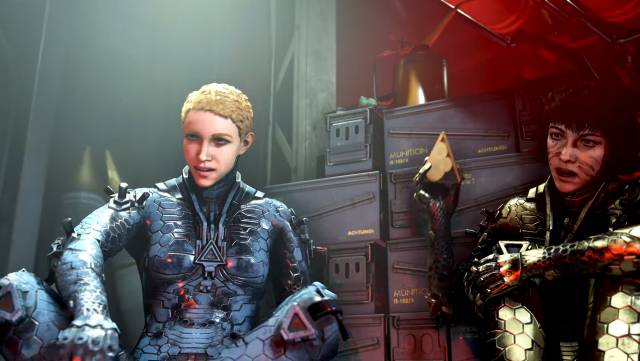 Approach to history and locations: a more open world

19 years have passed since B.J. Blazkowicz had his last great battle against the Nazis in Wolfenstein II: The New Colossus and since then he and Anya have been living in relative safety to be able to raise their two twin daughters: Jess and Soph. They are in America, a free territory of the Nazi regime, but they still train their daughters so that, when the time comes, they are prepared to fight.

Our adventure in Youngblood will begin with the disappearance of Blazkowicz, at which point the twins decide that the time has come to take action. Their trip takes them to Europe, specifically to Paris, where the Nazis have their last forces gathered. One of the questions we ask Tordsson is the fact that we can visit more places apart from the French capital, taking into account that in other installments of the saga we could even reach Mars (yes, the red planet). 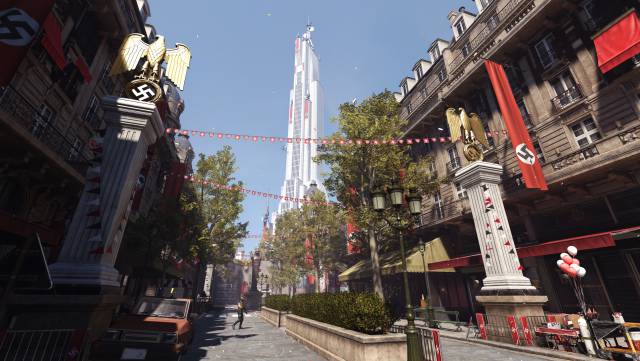 “I don't want to reveal exactly the places we can visit, but the idea of ​​the game was to have an open world designed to be able to explore the scenarios well. In Paris, for example, we can walk the streets and find many details. ”

We remember that the executive producer of MachineGames, Jerk Gustafsson, mentioned in an interview that Youngblood will have different similarities with the Dishonored saga. It is something that surprises us due to the differences in approach between both sagas, so we take the opportunity to ask Tordsson about the issue:

“A good part of it is because we have collaborated with Arkane Studios, the creators of the Dishonored saga. They have been with us from the beginning in the design of levels and have been responsible for creating the streets of Paris, where you can see their design mentality and we can visit non-linear spaces at those levels. We chose to collaborate with Arkane because this type of approach fits much better with cooperative gameplay and the decisions that players want to make. ” 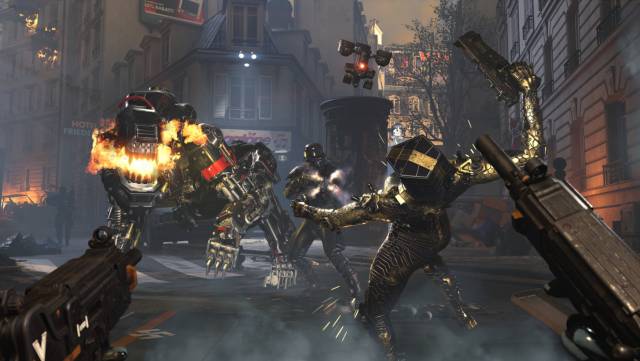 This greater freedom for the players means that we will have multiple ways to face the combat scenes, overcome the levels and reach a specific place we want to visit. If we decide to do so, we can go completely in stealth mode or take up arms and shoot every enemy that moves. The ingredient that changes the mix is ​​the cooperative. We ask precisely this aspect to our interviewee, who clarifies some concepts through examples:

“There are many different ways to connect players. One of them is that the combat scenarios are designed so that the two girls cooperate against the Nazis. An example is that if one of them falls and the other is at a remote point and you cannot relive it, you can use one of the 3 shared lives they have so that the battle can continue. We find these lives hidden by the levels and it is necessary to be both together to collect them, since they are hidden in containers that need both to open. ”

He clarifies that these lives are relatively easy to find, but that we will have to explore the scenario in question to find them. On the other hand, another of the examples in which the cooperative affects the gameplay are some doors that can only be opened if the two sisters are pushing together.

An idea that arises when talking about the subject is the fact that we can exchange weapons and equipment with each other. The director clarifies that they have not designed any system to do so, so each character will carry their own weapons. Of course, it indicates that if we are playing alone with AI we can change the skins of our partner to customize it to our liking. 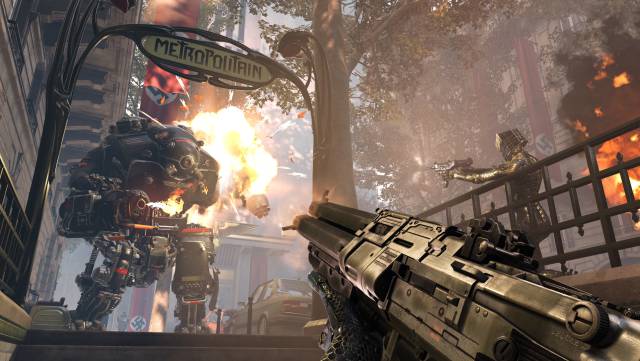 Wolfenstein: Youngblood will have a very broad skill tree that will not limit us based on our choices. That is, if we decide to strengthen the defense and attack skills related to direct combat, we can also improve those more closely linked to the stealth branch. Deciding on some will not disable us from choosing the others.

A few weeks ago the news emerged that the game will last 25-30 hours if we want to complete everything. Tordsson says he cannot indicate a specific number of hours, but that he has played it several times and in his last game it was about 11pm where he had not yet completed all the content that the game offers.

He cannot assure us if Youngblood will have expansions and DLC, but it does leave in the air the idea that they are working on something and that there will be cosmetic items such as skins for weapons and the protagonists, which we can acquire through microtransactions. 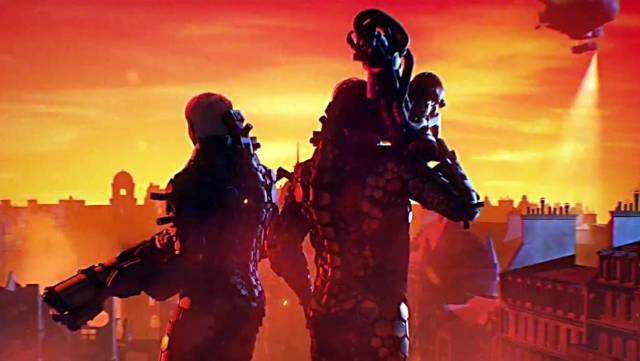 We remind you that Wolfenstein: Youngblood will launch on July 26 on PC (where its minimum and recommended requirements have already been indicated), PS4, Xbox One and Nintendo Switch. As for this latest version, from Bethesda they indicate that they will soon offer specific details, so we can expect to have new information in these two weeks remaining until the arrival of the game.