You are here: Home / Preview / World of Warcraft: The Burning Crusade Classic. Return to the Dark Portal 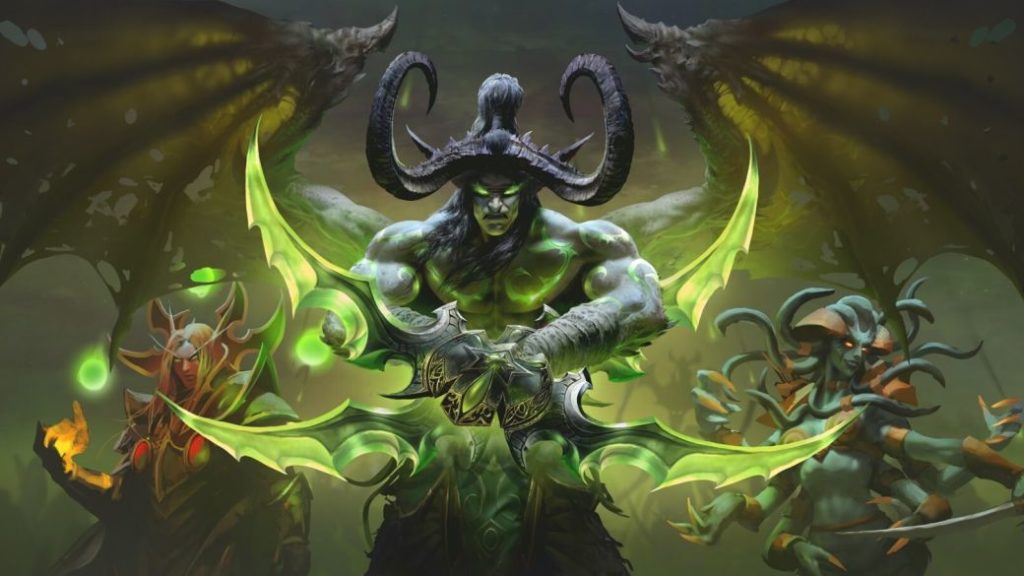 Illidan will not be the worst of your fears, he is accompanied by Kael’thas, Lady Vashj or a final enemy feared by the traitor …

It’s official now. Blizzard has announced within its usual event, BlizzCon, the return of Illidan to World of Warcraft. This same year, World of Warcraft: The Burning Crusade will come to computers in Classic format, the first expansion of the king of the mmorpg genre that added multiple new features to his goose that lays the golden eggs.

With a release date yet to be determined – although some leaks point to a pistol shot in May – players will once again cross the Dark Portal and travel to Outland, the first abode of the orcs; the once Draenor. Find out in this preview what will await you in 2021 in World of Warcraft: The Burning Crusade Classic.

You are not prepared!

The inhabitants of Azeroth are stunned to find that a new wave of the Burning Legion invades their lands. Without knowing how, the Dark Portal has opened and now Outland connects with Azeroth. Guilty; Kazzak, Lord of Doom and Kil’Jaeden’s right hand man. This apocalyptic guard used an ancient relic to reopen the portal and spread terror in the home of the Alliance and Horde.

The players, in their efforts to stop the invasion, are forced to enter it to find the one who wants to destroy Azeroth but there, in the home of the ancient Orcs, they will soon meet an even greater terror. 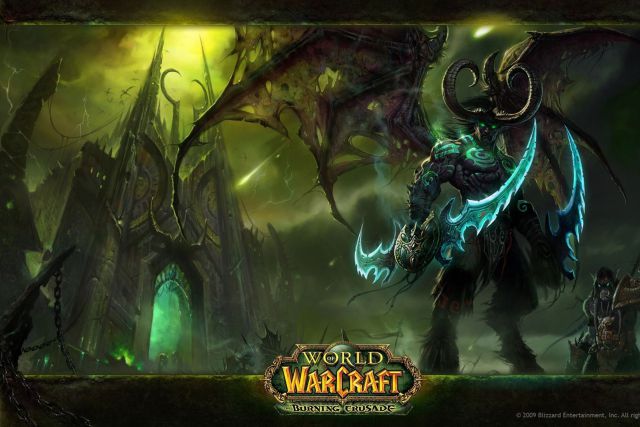 Illidan, hidden in ancient Draenor from his enemies, is reinforced with a new army led by Lady Vashj and Kael’thas. In his attempt to defend himself against Kil’Jaeden, Stormrage grows powerful throughout Outland, declaring himself lord and master of it. However, Elf Prince Kael’thas has other plans unrelated to Illidan that may put not only the lord of Outland in a bind, but both factions.

The Burning Crusade was the first major paid update for World of Warcraft and to this day remains one of the most beloved by the community. It was released two years after the base game and removed the playable bases to make it more accessible without falling into ease.

Added two new playable races; the Blood Elves and the Draenei race. Thanks to these additions, Alliance players could choose the Shaman class using Draenei avatars, and the Horde faction the possibility of being Paladins thanks to the Blood Elves. With them came two additional areas and home to both races; Azuremyst Isle and Eternal Song Forest. 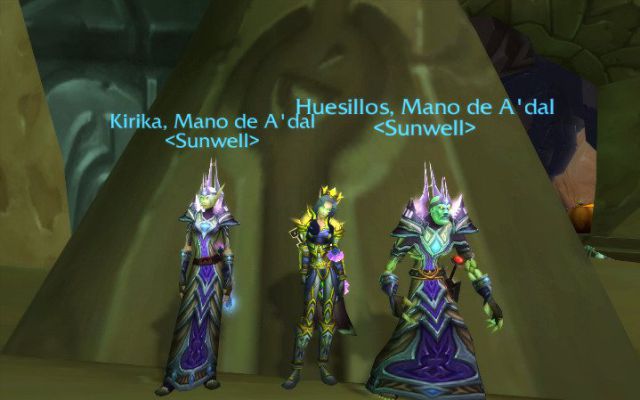 Outland brought with it seven new maps and a new neutral city; Shattrath. Starting from Hellfire Peninsula all the way to Netherstorm, players had to travel through ancient Draenor to stop Illidan’s plans. As a complement to the plot, up to sixteen new dungeons for groups of five players and nine raid dungeons were added throughout his life.

The Burning Crusade also brought a new profession, jewelry. With it, players could learn the noble art of creating rings, necklaces and gems to insert into new equipment. In addition, the maximum level of both the professions and the character was raised, which was now level 70.

And we leave the most important thing for the end; the possibility of flying in Outland. When the player obtains the necessary requirements, he is given the possibility to buy a flying mount that allows him to fly throughout the ancient Draenor. This makes it especially easy to collect career items, travel to your destination much faster, or avoid unnecessary PvP battles. 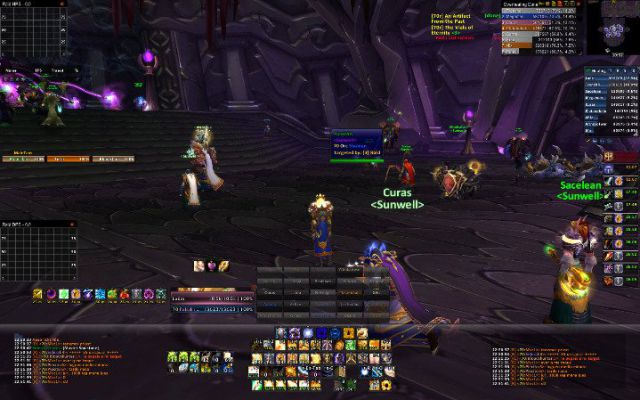 In PvP The Burning Crusade welcomed a new battlefield named Eye of the Tempest that allowed for pitched fifteen versus fifteen battles in a relatively loose setting. It also added a new way to measure forces against other players; the Arenas. This content has been one of the most beloved content by players since its launch, with two teams battling each other in the Circle of Trials, the Ruins of Lordaeron and the Ring of Blood.

The evolution of World of Warcraft

The Burning Crusade not only improved the base game but also gave rise to a series of subsequent updates that, to this day, would be unthinkable without this expansion. The possibility of flying around the world, the Arenas, the different difficulties in the dungeons or the accessibility of the classes for all races started here.

The video game still required long hours of gaming sessions, but Blizzard knew how to balance the balance between the sacrificed and the instantaneous, making it possible for any player to achieve what was proposed at a fair price of effort. The least in most content. 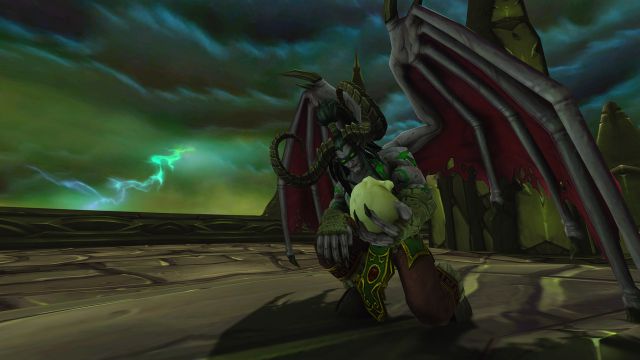 One of the most notorious criticisms of this expansion was the excessive difficulty of some band leaders, specifically Kael’thas, Lady Vashj, Illidan or M’uru among others. Many of the players still have nightmares with the first two while many others, were left at the doors of enjoying all the content of The Burning Crusade. Blizzard took steps downgrading the difficulty of many of them but not even those.

Even the five-player dungeons, with their brand-new Heroic mode, had heated discussions among the community to see which one was more difficult. Furnace of Blood, Escape from Durnholde or the Labyrinth of Shadows were among the most named.

Elite missions still had some prominence, and the reduced requirements for crafting equipment and consumables with the professions gave quality of life to players. In a way, the Vanilla spirit remained in The Burning Crusade but without the exorbitant demands that it required. It was, clearly, a first and logical step towards the future without losing its origins. A natural evolution. 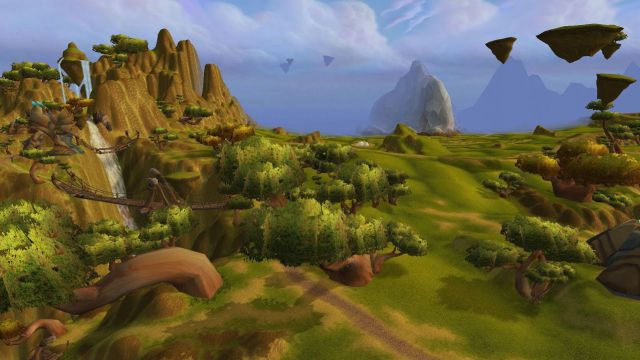 The addition of new races and factions gave the first World of Warcraft expansion a richer universe that made raids on new maps and zones always different. Each with their own problems, players could meet the Arakkoa, the timid Kurenai, or the uncorrupted Mag’har orcs themselves, those who have not been corrupted by the blood of Mannoroth. Not only that, at some point the player had to decide which faction to support, the Aldor in their attempt to repel the forces of Illidan or the Scryers, Blood Elves fleeing from Kael’thas and their more than dubious use of magic. .

Although the initial version of World of Warcraft received at the end of its life patches that translated the video game into Spanish, it was not until The Burning Crusade that the inhabitants of Azeroth spoke in perfect Spanish. Without more guinea pigs involved —the users— Blizzard launched the first expansion of its mmorpg in Spanish, both the text and the voices. 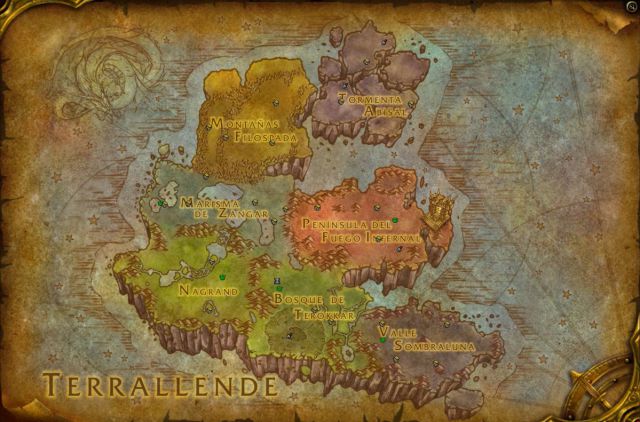 Most texts were redone to provide a more accurate version of the originals, statistics and skills translations were improved, and the team of Spanish-speaking game teachers and technical assistance workers was joined. Of course, complaints about the translation of names like Stormwind or Undercity still echo in the heads of current players, which is why this battle has been brewing since the launch of The Burning Crusade.

What we know so far

Although there are still things to know about the operation of World of Warcraft: The Burning Crusade Classic, one of the most requested questions has already been answered; how this server will work.

When The Burning Crusade Classic pre-patch hits the World of Warcraft Classic servers, players will have to decide whether to advance to the new content or to stay with the original game. If they decide to move to Outland they will remain on their original server —Mandokir in the case of the server for Spain—, while if they decide to keep their character they will do so on a new client dedicated exclusively to World of Warcraft Classic. 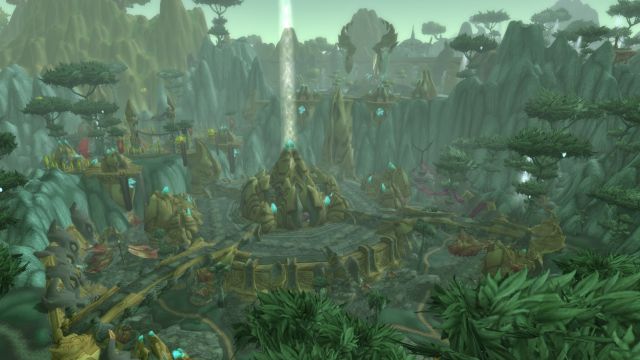 If players decide to use the same character for both WoW Classic and TBC Classic, they will have to pay for a cloning service to be able to enter The Burning Crusade. However, this copy will only count on the progress it made before the pre-expansion patch. Blizzard has also clarified that all current World of Warcraft Classic servers will receive the first expansion.

The new servers dedicated solely to the first edition of the video game will continue to maintain the name of the originals and players who wish to continue in WoW Classic will do so as they were before starting the pre-expansion patch. 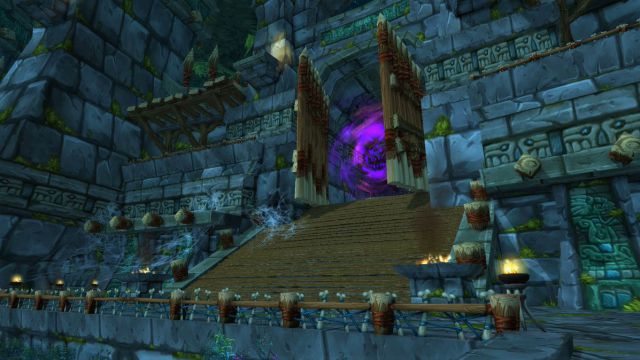 For the duration of this prelude to TBC Classic, players will be able to create Draenei and Blood Elf races to prepare for before crossing the Dark Portal. That is, both races will arrive before the expansion is released to the world.

The Burning Crusade added a lot of content in both PvE and PvP formats throughout its life and Blizzard will bring it to classic servers across five phases. As the Californian company has announced, the content will be distributed as follows: 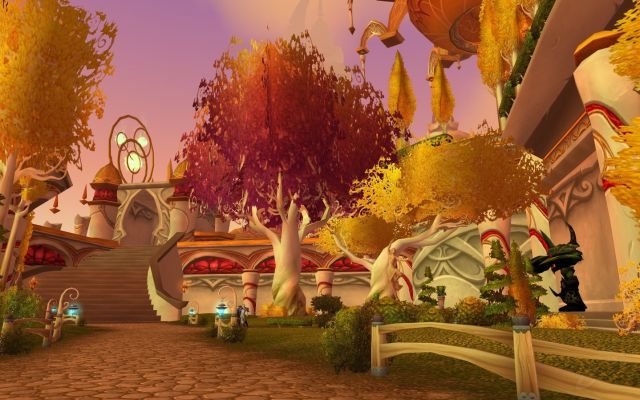 This content, according to a massive leak that occurred a few days ago and that was fully correct, would be distributed over the next two years of life and then give way to a new content patch. Yes, Wrath of the Lich King Classic.

Another important point that Blizzard has confirmed is that The Burning Crusade gang bosses will arrive as they were conceived without the patch that lowered the difficulty of them. As they commented, they have learned from the mistakes made in WoW Classic and want to bring the first expansion as they initially planned to make it a bigger challenge than the current WoW Classic was. 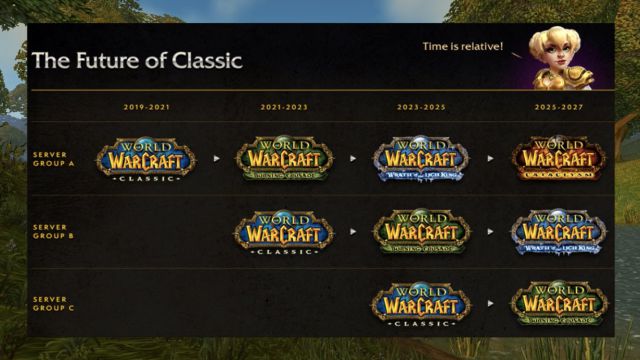 Filtered image of the supposed roadmap for Classic servers until 2027.

Finally, the company behind Diablo or Overwatch has confirmed that they are going to prepare a character upload service, upon payment – up to level 58 – so that players can quickly get started in The Burning Crusade Classic. However, there are certain restrictions, such as that this service cannot be used on characters of the Draenei or Blood Elf race and that it is limited to one level up per account.

Now that we know Blizzard’s plans for its classic service, we can only wait for the company to open the beta test that will arrive, as reported, very soon. World of Warcraft: The Burning Crusade Classic would arrive, according to the leaks that have been confirmed at this BlizzCon 2021, in May. Despite all the confirmations, this information must be taken with a grain of salt, as always.