You are here: Home / Bloodborne / Yarntown: this is the mix of Bloodborne and Zelda in 2D; free on PC 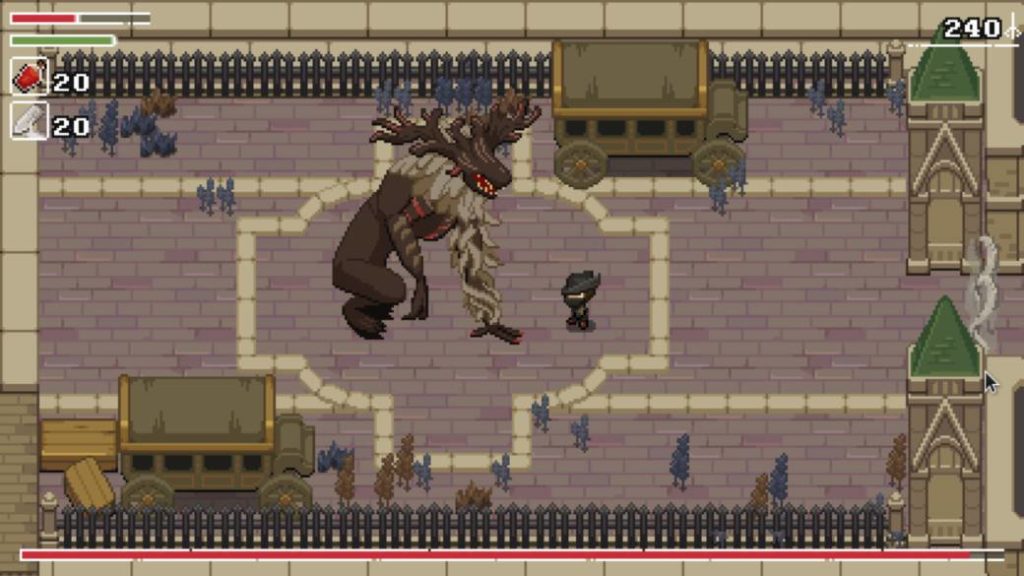 The game, available free on Itch.io, is a kind of demake of From Software’s work with two-dimensional The Legend of Zelda elements.

Yarntown has become one of the sensations of the independent scene in recent days. Published on the itch.io platform for PC totally free, this video game developed by Max Mraz takes elements from Bloodborne and The Legend of Zelda in its two-dimensional pouring. The goal is clear: pay tribute to FromSoftware’s two-dimensional work by borrowing some of the most distinctive mechanics from the Nintendo series.

The result is called Yarntown, a clear nod to PS4 title city Yharnam. Contrary to what it may seem, it is not a small demo inspired by Bloodborne but a complete video game with even confrontations against final bosses (specifically, Father Gascoigne and Beast Cleric), scenarios of medium opening, diverse enemies and mechanics like normal attack, loaded, somersault as a dodge or even attack from a distance while using the pistol.

So I made Bloodborne but it’s super cute and it’s also kinda Zelda. And it’s out!: Https: //t.co/cjx5zz5lvC#screenshotsaturday #pixelart #indiegame # bloodborne # solarus pic.twitter.com/033IVYfHlp

The PC community has reacted fervently throughout this weekend for having known how to take that gameplay from both sagas in such a respectful and successful way. All these routes, confrontations and know-how through pixel art are available totally free through itch.io with compatibility in Windows 10 operating systems and, in case of opting for Linux or Max, it is also possible if we install Solarus as a launcher.

Bloodborne was published five years ago exclusively for PlayStation 4. A video game that we rate in this house as absolutely outstanding and, from that moment, a reason to buy the console as well as one of the best projects from FromSoftware. We do not know if in the future there will be a new soulslike based on this intellectual property, but lovers of the original adventure discern in this position, since there are those who think that everything is already said, while others count the days to see a second part.