You are here: Home / Battlefield 5 / Battlefield on PS5 and Xbox Series X | S: review of the modern franchise and everything we know 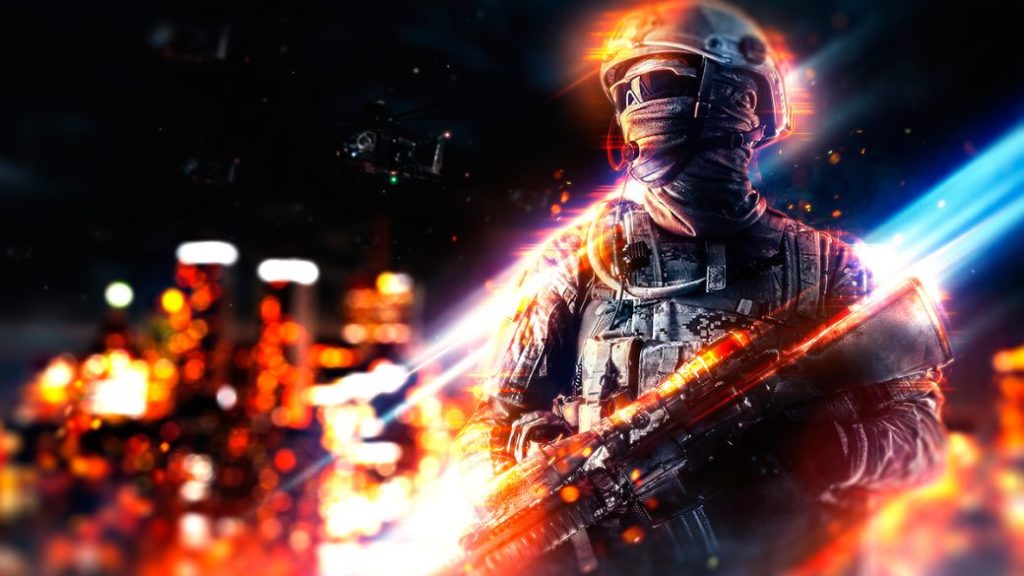 Electronic Arts confirms that the Battlefield for PS5 and Xbox Series X | S will be released this spring. We review everything we know and part of the saga.

2021 is the year of Battlefield. Electronic Arts dates the return of the DICE saga at some point in the next Christmas campaign, when it will be 3 years since the launch of their last work, Battlefield 5. Very little data we know so far, but what we do know are the steps that have led us here.

What should the new delivery have? There is nothing better than analyzing each element that defined the modern side of the saga. In this piece we will review the information that has transpired through official channels and the last steps of a leading shooter within the genre.

Bad Company 2, the popularity of Battlefield on console grew

The popularity of the Battlefield franchise was always tied to the PC. 1942, Vietnam, 2142 and the second numbered installment were its greatest exponents during a period in which it offered a different perspective than what prevailed at the beginning of the 21st century. That all-out war philosophy allowed players to engage in massive battles on land, sea, and in the air. A reflection of its origins that would be the piece on which to build future works. 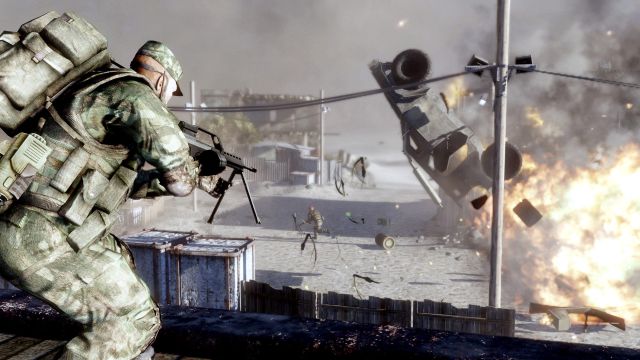 But taking ground on the console was his unfinished business, and Electronic Arts knew that it had to take the brand where the general public moved. Beyond Modern Combat, which passed without pain or glory for PS2 and Xbox (including 360), Battlefield: Bad Company was the beginning of the road. He did it by launching the engine owned by the Swedes, Frostbite, in a title that was committed to making the players shape the stage at will.

That first foray, also driven by the tiny Battlefield 1943 project, was the breeding ground for the arrival of its sequel. The subsaga took shape with Bad Company 2, which bet on a style of play focused on guerrilla warfare, skirmishes over mass warfare. 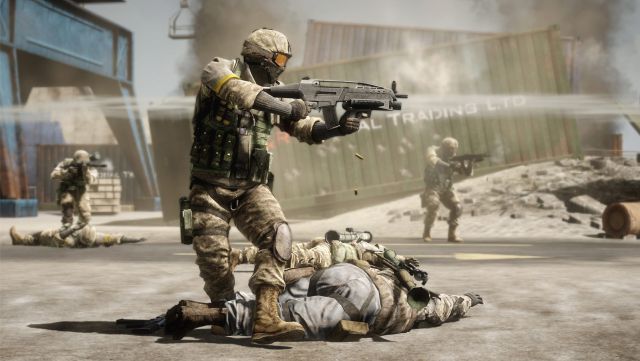 Part of his community has missed the presence of some elements in subsequent works. The maps were designed around destruction, which had the same visual relevance as it was playable. That Atacama Desert, that Oasis, that Valparaíso was missed; maps where you knew you could break through with the use of your tools. In contrast, the vehicles did not have as much weight, and their presence was limited to one vehicle (pun intended) with which to offer support to the rest of the foot infantry.

Battlefield 3, the evolution of the formula

We must go back ten years to understand the magnitude of Battlefield 3. Two videos are part of the memory of the fans. The first, the 12 minutes of gameplay in the campaign, where a group of Marines penetrated behind enemy lines. The second, the multiplayer trailer on the occasion of GamesCom 2011 and the always remembered Caspian Frontier. Epic falls short.

Battlefield 3 had the weight of taking the series to the next level, in every way. We found a gameplay that had evolved from the same control. It was a lighter shooter than in the past, offering a higher level of interaction and deepening the sensations of having a weapon in hand. In comparison, it was the direct sequel to 2; It had little to do with what was seen in the spin offs.

The saga left behind the unique presence of open environments to merge two aspects that coexisted in a single package. Caspian Frontier, Operation Firestorm or Gulf of Oman are the spitting image of the classic style of play, while Operation Metro, Damavand Peak or Crossing the Seine focused on foot combat. Frostbite 2 improved the technical quality of the game, but at the same time it left us a much more limited type of destruction than the original version. Technical limitations when considering PS3 and Xbox 360 hardware? We do not know. What we did know was the gap that existed between the console and PC versions. On the computer it was a game much richer in nuances and possibilities. Conquest covered the maximum number of players allowed in the installment, 64, compared to the limitation on console, 24. In fact, the large variant of the mode, exclusive to PC, expanded the playable area with new flags. Once you tried the change, you saw two different Battlefield 3. 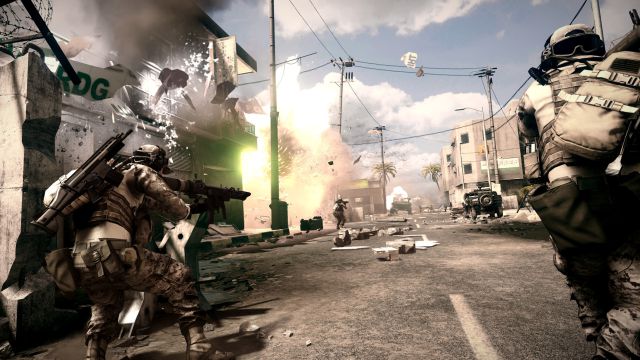 Even if there were controversial decisions, such as the netcode problems, the impact of the suppression fire or the unbalanced medical class, DICE managed to make it remembered for offering the purest and most diverse Battlefield experience of the last stage of the series. Much of the responsibility fell on the additional content, 5 packages that offered different game styles to what was seen in the original, but keeping the essence. Close Quarters, for example, focused on closed-map combat in the Call of Duty style, only adding the differentiating element of destruction. Armored Kill was the opposite, the “bet on vehicle mayhem that only Battlefield knows how to do,” explains its description in Origin. Together, you could jump between them and play different approaches to a single proposal.

We skipped Hardline’s presence for one simple reason: an outside study was commissioned. As for the influence of DICE, its passage through the generation of PS4 and Xbox One has been characterized by a return to the context of its origins. Battlefield 4 came as an extension of its predecessor; just as he shared her strengths, so did her weaknesses. The launch of Battlefield 4 did not go unnoticed due to its bugs and bugs in connectivity, both in online code and the refresh rate of the servers. Problems that the same study recognized after its launch. The work during the following months left a work that today is played perfectly, whose improvements would inherit Battlefield 1. 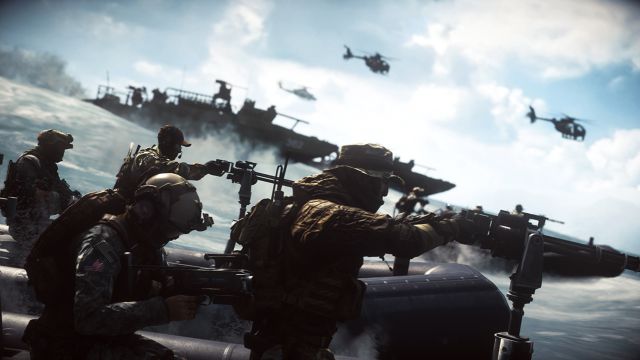 His foray into World War I was well received, although in the long run he was blamed for choosing a context that was not varied enough. However, at the controls he was faultless. It offered a good balance between what Battlefield knows how to do and what needed to be added from the modern line, like increasing the toughness of the shootings and making the environment, now, moldable again.

There’s no doubt that Battlefield 5 is a quality installment. During our Reviews we emphasized how balanced it was at launch. Unfortunately, he failed to take advantage of the inertia of some of the excellent additions to the previous one, such as the epicity of the War Stories or the personality of the map catalog. The study wanted to focus on the other forgotten part of the Second World War, although in the end it ended up resorting to (sadly) famous enclaves of the conflict. His mistake was betting everything on post-launch support. Firestorm did not stick, the contents arrived late and the community felt disconnected within a few months of its arrival.

What do we know about next-gen Battlefield?

The first news about the next-generation Battlefield came in October 2019, when Blake Jorgensen, CFO of Electronic Arts, assured in the fiscal year results that the new Battlefield would arrive somewhere between April 2021 and March 2022. A Communication that was repeated in April 2020, when a representative of the same company confirmed that DICE was focused on the future of Battlefield, which would lead “to the players in 2021.” 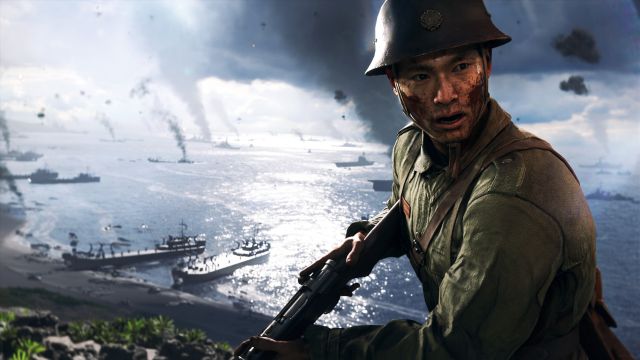 Before closing 2020, Andrew Wilson, CEO of EA, said that the tests of the game had already been launched internally, some tests in which the team received “very positive feedback” as they incorporated key characters from the community . Regarding their approach, we know that the Swedes are creating “the game with the largest scale ever seen” and that the muscle of PS5 and Xbox Series X | S has played a relevant role in development. Their capabilities allowed them to work “with remarkable vision.”

We know that an experience that Wilson himself described as “the return of total military war” will be presented in society this spring, between the months of May and June. We will have “battles more immersive, more massive and with more players than ever”, in scenarios and maps of “unprecedented” dimensions. Although there are no confirmed platforms so far, we know that it will at least make it to PS5 and Xbox Series X | S. It will arrive during the 2021 Christmas campaign.