You are here: Home / News / Call of Duty Black Ops Cold War: everything we know about multiplayer 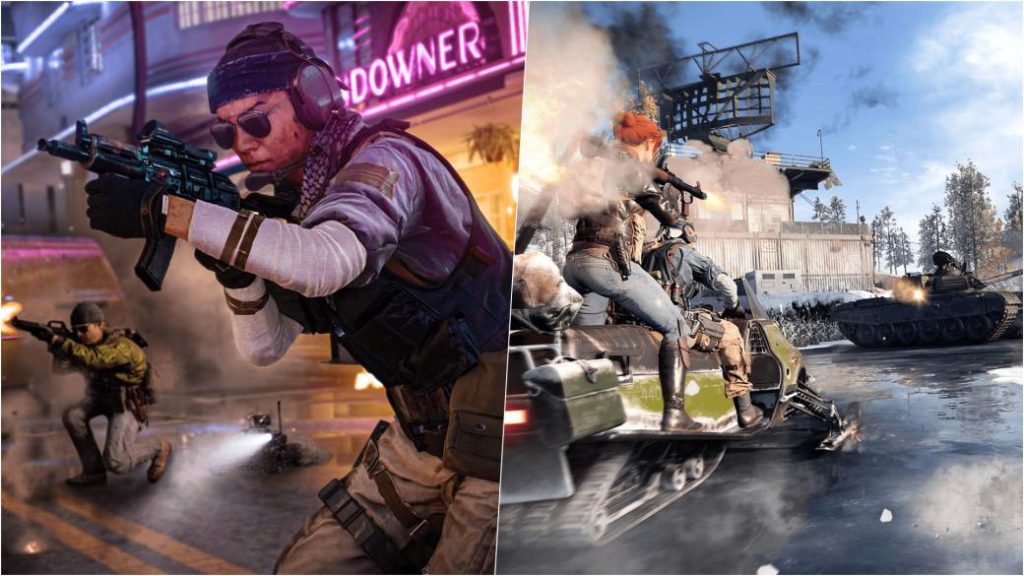 We go over everything we know so far about Call of Duty: Black Ops Cold War multiplayer. Changes are back with the Treyarch label.

Call of Duty: Black Ops Cold War has already been presented in society. After an event in Warzone that published the first official images of the campaign, Treyarch and Activision showed at the beginning of September what we can expect from the competitive one. As is customary in the Black Ops sub-series, the studio takes advantage of its deliveries to give the formula its own personal stamp.

With Cold War we can expect changes closer to the classic side of the saga. Maps of three lines, the death silence lap as an advantage and higher TTK’s with respect to Modern Warfare. The studio has erased any tactical components introduced in Infinity Ward’s latest work. 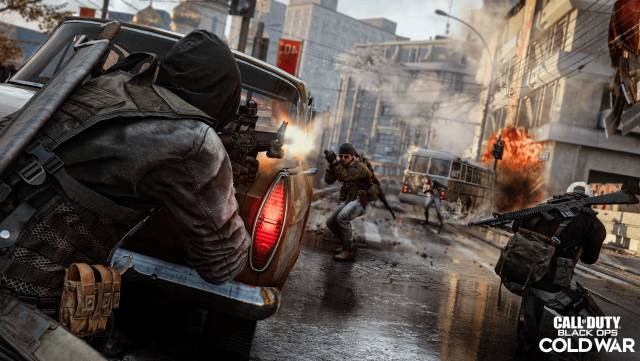 The all-out war philosophy was especially linked to his greatest rival. In those rivalries of the past decade, Battlefield and Call of Duty battled their place to deliver the ultimate shooter for the masses. While DICE focused on large-scale and unpredictable combat, Activision’s portfolio of studios did just the opposite: quick shootouts that have given players so many hours since its founding.

Black Ops Cold War breaks that trend through two new game categories: Combined Arms and Assault Gear. The first introduces us to a 12 versus 12 battle that, as its name suggests, combines infantry action with the use of transport and assault vehicles. In it several ways of playing will take place; So far, Dominio has transcended, where both teams vie for control of the map through several captureable areas. 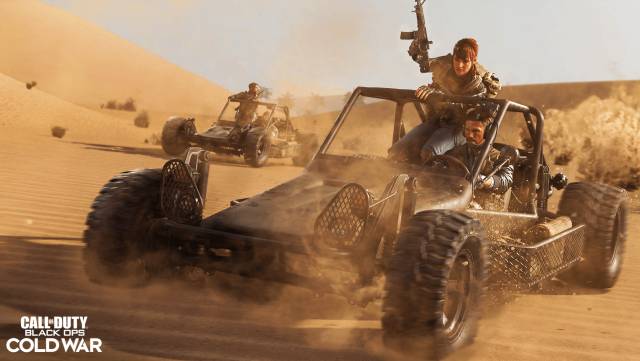 On the other hand, Assault Team is perhaps the most extravagant mode on paper. 40 players meet divided into 10 teams of 4 players each. The team comments that this category has been designed to “allow a multitude of epic moments in large, open environments.” It will be played on the same large-scale maps as Combined Arms, except for the game modes, which will differ on a different carousel. The first one, Dirty Bomb, will be revealed closer to its open beta date.

The size of the maps seen so far is similar to those of Terrestrial War in Modern Warfare 2019. The change comes from the emphasis on the use of vehicles. Whether as a means of transport or as artillery machinery, we can appreciate a multitude of elements that offer another scale in combat. Tanks, jet skis, motorcycles… It’s another way of understanding the Call of Duty formula. So far we have seen glimpses on this type of slope, but never with the force of Treyarch’s bet. 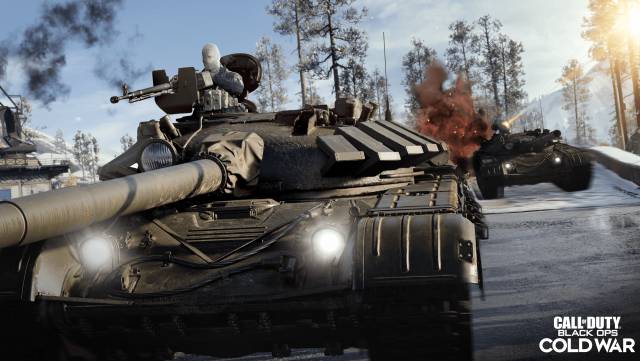 Although it does not come close to the relevance of these new categories, we have seen another unreleased game mode: VIP Escort. It will be focused on the usual 6v6 competition, even with certain elements of other Search and Destroy-style round-based modes. A player on the defending team will randomly respawn with a pistol, a smoke grenade, and a recon spy drone. His team must ensure that he reaches one of the two extraction points scattered around the map healthy, while the attacking team seeks to end his life. Yes, it is the classic escort of a lifetime; the only change revolves around deaths. When killed by an enemy you do not die directly, but you become incapacitated. They must finish you off to be eliminated from the round.

This is the Call of Duty by Treyarch

Of that there is no doubt. For this reason, we will see how some of the fundamental playable mechanics take on another meaning. This is the case for kill streaks, which will no longer reset upon death. The way in which we progress between them during the game will be linked to our performance. Whether it’s killing, meeting objectives, helping the team… it will all add up. When we reach what is necessary for one, after using it it will go through a refreshment rate that prevents abuse. Broadly speaking, it is an alternative version of the support class already seen in other installments, started in Modern Warfare 3. However, now it is made available to the player under rules that limit its capacity. 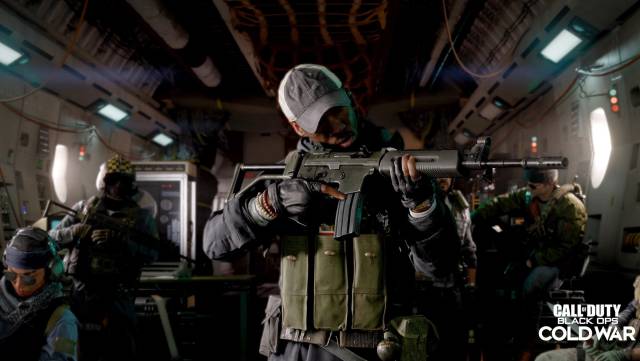 The traditional minimap is back, so we will see the red dots again for each player who fires a weapon without a silencer. The time per death (TTK in English) is higher than in the last installment, although it is a tad faster compared to Black Ops 4. The health bars return on top of the enemies. We will see what damage we do from a distance on top of the character. These indicators can be disabled from settings, including for allies.

We say goodbye to the tactical sprint. In Black Ops Cold War we will have an unlimited sprint that will have several phases. We will have a speed boost as soon as we activate it, which will naturally go to cruising speed after a few seconds. If we look at the data, it is similar to the previous system. Now we will only have to worry about giving the button a single press. 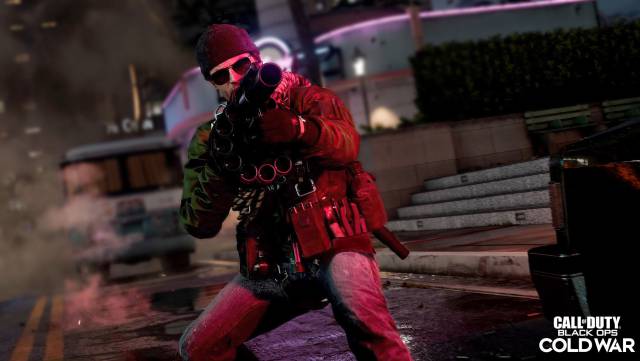 The class system will keep the gunsmith, with weapons that will have up to 54 accessories on average. Deadly Silence is back as an equippable perk, rather than a field upgrade. So do Wildcards, which will allow players to extend their class in different ways, such as being able to craft a weapon with 8 accessories equipped. Almost nothing. And speaking of field improvements, they will now be integrated into the same customization menu.

Call of Duty: Black Ops Cold War’s next stop is going through its beta period. In it we can try a small preview of the classic weapons of the 80s, the confrontation in the streets of Miami and the new ways of fighting. As you know, the title will be integrated with Warzone, which means that the progress between the two will be crossed. Everything you do will affect a single profile in the same way as Modern Warfare 2019. The same goes for Operators. And yes, the crossplay functions remain: the future is tied to the full number of platforms it arrives on. 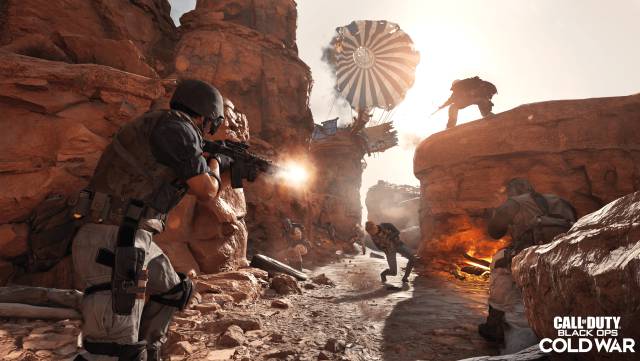 The open beta will be divided into two weekends in October. Below you will find the dates:

For early access, you’ll need to pre-order the game digitally through the PlayStation Store, Microsoft Store, or Battle.net.

Call of Duty: Black Ops Cold War will arrive next November 13 to PS4, Xbox One, Xbox Series X | S and PC. The release date on PS5 has not been released.