You are here: Home / Atari / Evelyn Seto, after the graphic identity of Atari 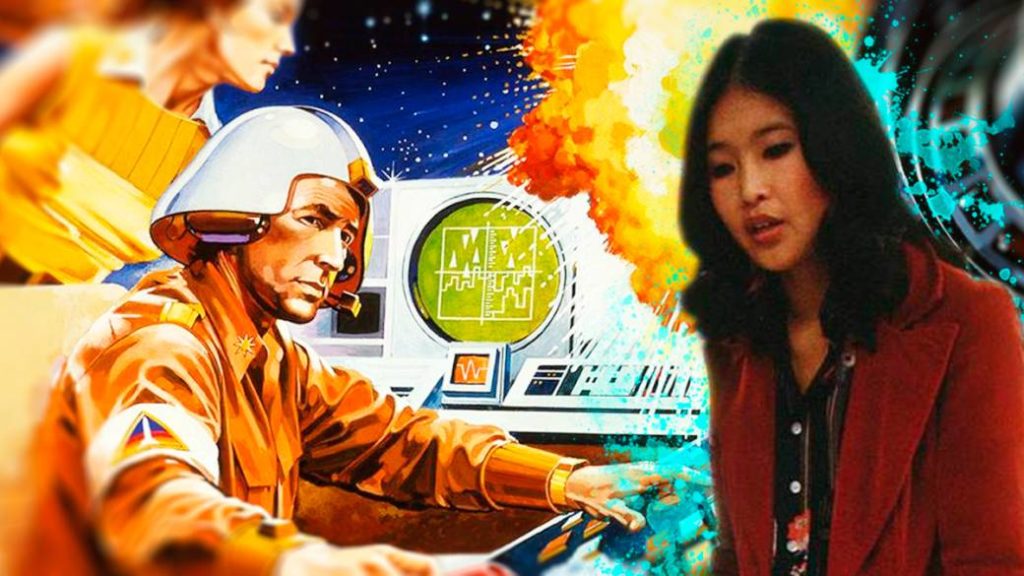 Draftsman of the Fuji logo, Evelyn Seto was the artist who made the Atari products captivate the player at first sight.

The Fuji logo is one of Atari’s biggest hallmarks. His vision evokes the early stages of video game history and today is part of popular culture. Present on many player jerseys and bags, this minimalist emblem was designed by George Opperman. Its drawing was in charge of Evelyn Seto, graphic designer who made the visual identity of Atari. She, along with other pioneering ladies such as Carol Shaw, Brenda Laurel or Carol Kantor, laid the first foundations for an emerging industry that was committed to an innovative form of entertainment.

However, contrary to popular belief, the Atari logo did not represent Mount Fuji. During an interview for Video Games magazine, Opperman described what these quirky lines represented: “The symbols are visual nicknames that combine the first letters and the elements of interpretive design. I began to stylize the A and then I looked at Pong, its star launch of the moment. Pong had a center line and a force (the ball), which hit the center from each side. I imagined that such force would end up bending the center sideways, and that was what I designed. ” Thus, the Atari logo, instead of Mount Fuji, consisted of an A made up of three lines representing the company’s first game. Simple and recognizable, it has endured over time, as well as the graphic identity of the digital entertainment giant. For Evelyn Seto, it was her first job in the industry, and after that she commissioned to shape the visual designs in arcade games and Atari cartridges that attracted the player’s attention. At a time when in-game graphics consisted of bare pixels, the art on the cover and in the living room machine must have looked spectacular to get players’ attention. “The romance of the game was narrated in the art of the box,” Seto defined in a quote collected by different media, such as The Henry Ford or Kotaku.

From advertising to digital entertainment

Evelyn Lim, currently known as Evelyn Seto, was born to immigrant parents in Los Angeles and from an early age she felt she knew that her professional vocation was art. Graduated in graphic design from the San José State University, Seto was very clear about her professional path: “I am going to dedicate myself to art that does give money: commercial art!”, She announced to her parents as reported in the book El arte by Atari (Tim Lapentino), which collects the history of this company. His first job, in 1972, was production assistant to George Opperman at his Opperman-Harrington advertising agency in Silicon Valley. Among his multiple clients was Atari, who was making his way in the arcade market at the time and bridged Seto to the newborn video game industry.

The nicknamed Fuji logo was one of the first commissions that Evelyn Seto and Opperman created for Atari. “We had neither desktop computers nor advertising software,” recalls the designer at Women in Gaming – 100 Professionals of Play (Meagan Marie). “Everything was done by hand with rapidgraphs, French curves and various templates. Typesetting was probably the only automatic technology at the time. ”

Evolution of the Atari logo (The Art of Atari)

However, Seto needed to grow professionally beyond Opperman’s agency, and he found a position at Hewlett-Packard, who had launched into the market for calculators, for which he designed boxes and manuals, in addition to supporting market forays into the market. consumption. The company was moving to Oregon when Evelyn received a new proposal from George Opperman: to be his assistant in the new art department department at Atari. The designer admired her partner, as expressed in Women in Gaming: “He was a very talented and multidisciplinary man: designer, illustrator, writer. He dared to put huge, eye-catching graphics on the sides of the arcade machines. His art transmitted a lot of enthusiasm to the distributors and the owners of the salons, who imagined the money falling into the collection box ”. On the other hand, in The Art of Atari the designer denies any idea that Opperman was her mentor; George’s reserved nature and his great concentration during the workday prevented him from establishing any type of more personal relationship. However, Evelyn became his number two, and he devoted himself to the art of production to print the commercial material of Atari’s products. In addition, he evaluated new signings for the artistic department of Atari, among which were figures such as Steve Hendricks, Jim Kelly and Bob Flemate.

The power of the cover

Evelyn Seto delves into Women In Gaming the creative process of making an attractive cover or the panels of an arcade machine: “Once the programmers told us the background of the game, designers and illustrators had to transmit an exciting concept through the graphics of the monitor and side panel. The graphics on the panels were designed with hard edges to be screen printed in up to twelve colors and a hand cut template was made for each color. It was quite an enrollment challenge. Plus, at that size, we didn’t have color processing technology to smooth out photographic images. ” Thus, Evelyn Seto is behind recreational designs such as Super Bug, Soccer, Fire Truck and Mini-Golf. Out of curiosity, he also sketched out ideas for a Wonder Woman pinball machine that would never see the light. 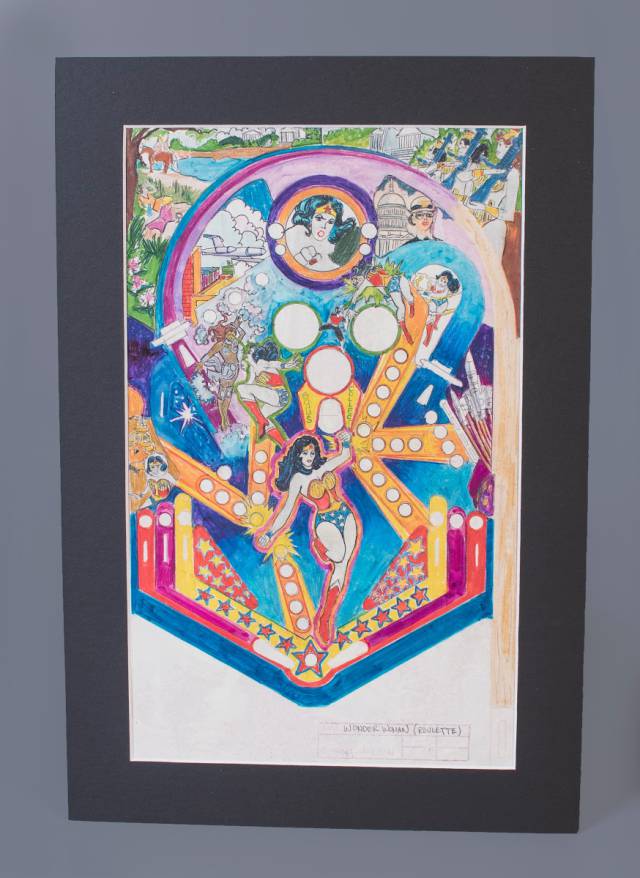 A project that the designer mentions as one of the most striking was Chuck E. Cheese’s Pizza Time Theater, a restaurant created in 1977 by Nolan Bushnell, founder of Atari, and with which he offered a playful experience for the whole family that would combine food, animated show and video games. Digital entertainment, as Seto recalls, was too closely associated with betting, pinball and the male public, with what Bushnell sought to offer a kinder face than what was contemptuously called “the little machines”. The designer acted as production assistant and provided the commercial materials for the opening of the restaurant, in addition to designing the cards that were exchanged for games in the local gaming machines.

During her interview for The Art of Atari, Evelyn Seto acknowledges that her lack of training as an illustrator limited her somewhat in the artistic department, although she was able to further exploit her potential in the consumer division, where she entered in 1978. Her pragmatic philosophy as artist would benefit from the goal of her new adventure: “I think there are two types of person: creative and artistic. I consider myself an artistic and very practical person. That is what graphic design is about: it is pragmatic art. The goal is to solve someone’s communication problems, and pragmatism has always appealed to me. ” At Women In Gaming, the designer mentions typography as the preferred part of her work: “I love to label, dig into different books and typefaces to create new fonts for a game or logo.”

Evelyn Seto (left) along with other colleagues in Atari.

The challenge of home consoles

Under the direction of John Hayashi, Evelyn Seto dedicated herself to designing the packaging for the products and creating a brand identity. Later, as a design supervisor, she examined the iteration and packaging creation process for each product, as well as making sure Atari’s image was different from its rivals. Fellow James Kelly praised how Seto’s creativity was key to fulfilling this mission: “Evelyn was one of our best graphic designers: creative and artistic, she saw how [el nuevo departamento de Atari] flourished ”(The Art of Atari).

In Women in Gaming, Seto mentions his favorite project: Atari 2600 or VCS: “The boxes for the game packs came in very bright arcoris colors. There were also two consoles in development, with different benefits and prices for the consumer. The challenge was to create a graphic solution that would differentiate between the two products and at the same time make the Atari brand stand out. ” 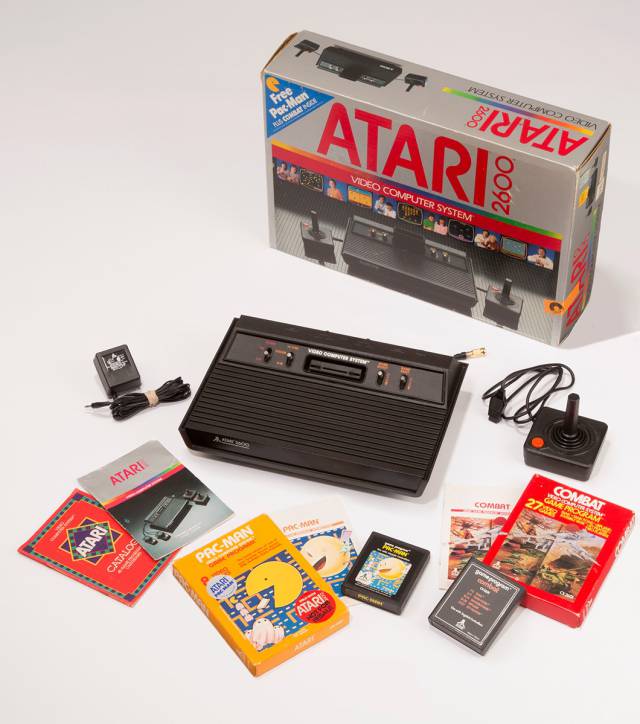 The original Atari 2600 box was black with television screen designs, since black was associated with high technology, according to Evelyn Seto in The Art of Atari. Later, the consoles were identified with a number: 2600, 5200, 3600 and so on, the latter being the initial name of the Atari 7800. The solution that Evelyn’s team came up with was to use color as a mark of distinction: “It We came up with a bright color scheme, a nod that consumers knew from in-game covers: red for the 2600, blue for the 5200, and purple for the 3600. Then we created a more modern concept, with the Silver as a prominent color and with the Atari logo in a different color for the different consoles. We also took out models of both designs to take them to retail and thus compare how they attracted attention with respect to our competitors. Our new, more streamlined version stripped the visual saturation that made our brand stand out. We opted for the concept in silver, and we studied the packaging of the games, exploring the compatibility of an original Atari title with the cover graphics of other licensed games, such as Raiders or Kangaroo. We also had to investigate how to link our silver brand with licensed children’s games, such as Peanuts, Disney, the Children’s Television Network… or whether we should create a specific design for them. ” To discover what worked best, they created more models of various sizes and shapes, both from the cartridges themselves and from peripherals and accessories. “There were many considerations that we had to take into account and make many people happy. It was all teamwork, but very fun and in the end we came up with a very cohesive image, “says Seto in Women in Gaming.

In 1983 Evelyn Seto left Atari to start a new project as artistic director at Catalyst Technologies, a company founded by Nolan Bushnell. This research institute supported companies such as Axlon, specialized in electronic toys; Etak, a pioneer in digital automatic navigation; and I’ro, an electronic color selection tool for the fashion industry. Seto returned to packaging design work, and defines Catalyst as an opportunity that opened many doors for him beyond the video game industry, as well as learning more about technology and fashion. After Catalyst, Evelyn Seto worked at the Tonka-Kenner-Parker Corporation toy company and then returned to Hewlett-Packard, where she remained for fifteen years. In her first stint as art director in corporate communication, Evelyn collaborated in the transition to a new redesign of the company’s image, and then was head of packaging in the personal computers department. After that, in 2005 he entered Apple to design the packaging of his products, when the iPhone began to revolutionize telephony. Later, her graphic communication skills took her to the tourism sector with Team San Jose, where she developed a campaign to promote the city of San José for visitors.

Atari’s silver as a hallmark.

Evelyn Seto experienced in first person the boiling of Silicon Valley and its subsequent growth. In Women in Gaming he points out how he had once seen video games as a passing fad and then the same reality showed him how wrong he was. “Who was going to tell me that they are a professional career!” Perhaps his name is not the most famous when the story of the video game is narrated, but his work in Atari helped make it shine on the shelves, while his designs became a lavish gateway to different pixelated universes.