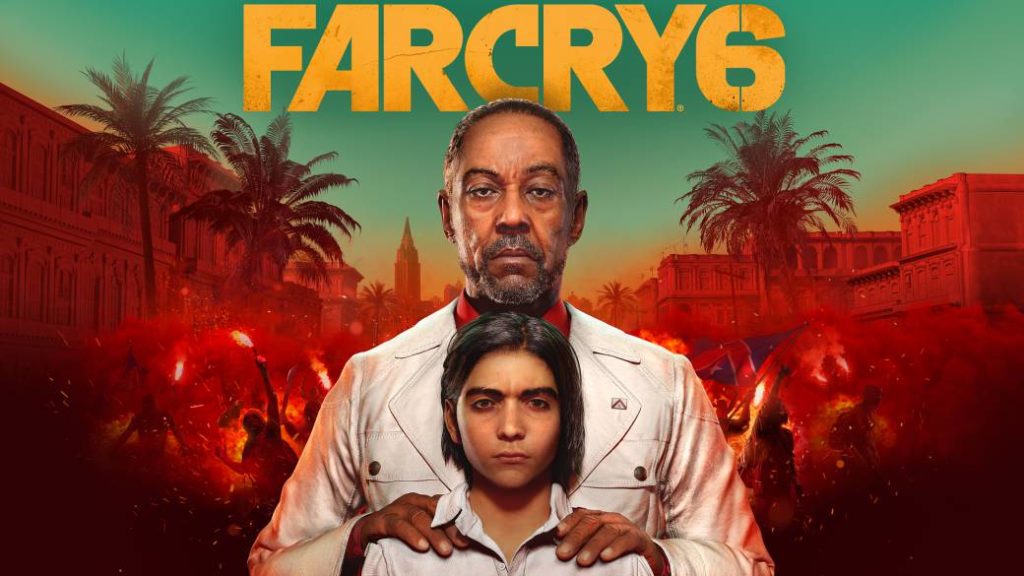 The new Ubisoft Toronto production will feature Giancarlo Esposito (Breaking Bad) in the role of Antón Castillo, the dictator.

It leaked prematurely on the PS Store, so Ubisoft decided to break its silence and post a small teaser for the Ubisoft Forward announcement, the event that replaces its classic E3 conference. As planned, Far Cry 6 has been made official with a video of the introduction and a trailer in which the context of the story is revealed. The release date has also been revealed: it will be February 18, 2021 when the video game will see the light on the current and the next generation of consoles, as well as on PC.

Giancarlo Esposito, Gustavo Fring in Breaking Bad / Better Call Saul and Moff Gideon in The Mandalorian, is the actor chosen to play the great villain of the video game, President Antón Castillo. Far Cry 6 is set in Yara, a fictional Caribbean island where they have not lived in freedom for years. After being elected president, Castillo became a dictator, so he rules the country with an iron hand.

His son Diego is on the razor’s edge, struggling between following in his father’s footsteps or walking his own path. In this historical context, with a revolutionary past and an economic blockade that has plunged the people into poverty, the dissonant voices do not stop growing. The young man is aware of his people revolting against his father, since the guerrilla war is about to reach Esperanza, the capital. 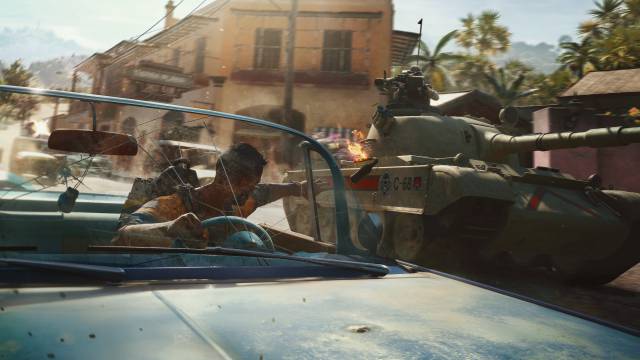 All editions of Far Cry 6

The title will hit stores in four different editions. The first of them, the Standard Edition, will only include the base game, while the Gold Edition will give us access to three additional contents in the form of DLCs, which have not yet been specified. The Ultimate Edition comes with all of the above, but includes the Ultimate Pack (crocodile hunter pack, vice pack, and jungle expedition pack).

As it could not be otherwise, a Collector’s Edition will also be published, which will be sold exclusively in the Ubisoft store. As for the game content, the player can expect everything from the Ultimate Pack, in addition to other very juicy extras: a collector’s box, an art book (A4 format, 64 pages), a collection of 10 stickers, a replica of the flamethrower Toaster (72 cm long), a mounting sheet designed by Tobatron, exclusive steelbook, selected game soundtrack, chorizo ​​keychain and map). 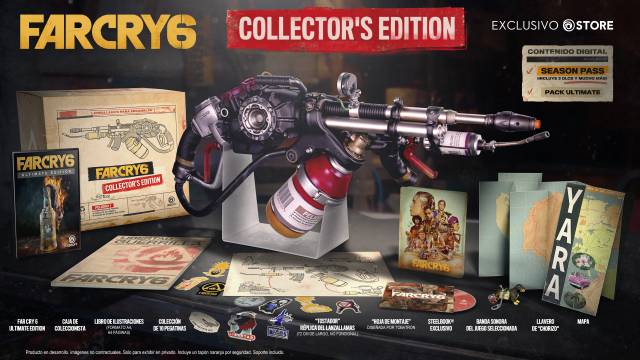 If you reserve any of the editions, you will get a series of exclusive items, the Freedom Pack. It consists of the lethal discus thrower weapon and the Libertad Chorizo ​​item.

Far Cry 6 has yet to uncover details of its gameplay, but there will be more news in the coming months. Meanwhile, the Ubisoft Forward event has brought us news about the main titles of the company for this year 2020. Assassin’s Creed Valhalla and Watch Dogs Legion lead the new batch of games, among which there will be no lack of other additional proposals.