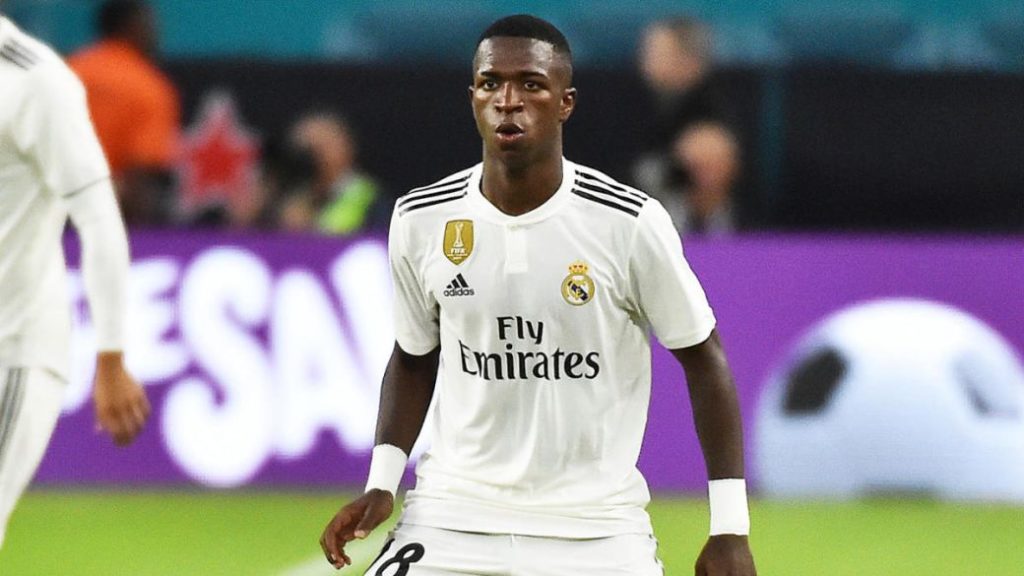 The Madrid forward shows his Ultimate Team team, including his special player card along with some great football legends.

You can do a good handful of SBCs, get Elite for several weekends in the Champions League, or even invest a few savings in FIFA Points, but you will hardly have the Ultimate Team in FIFA 21 that Vinicius Jr. has. The Brazilian forward of Real Madrid He has shown his eleven in the most popular game mode of the football simulator and is hardly beaten, including many great football legends.

Thus, Vinicius Jr. has his blue card of 99, which all professional footballers in FIFA 21 have of themselves, but he also has some of the most precious icons in the game. In short, his eleven would be formed by the Dutch Van der Sar in goal, a defense of four with Capita, Walker, Cannavaro and Roberto Carlos, Gullit in the pivot, a midfield with his current coach Zidane plus Ronaldinho, Pelé and himself, and none other than Ronaldo Nazario in Prime version up front.

In short, only Cruyff and Maradona would be missing to have an almost insurmountable team, but despite everything, the card with the most value of his eleven is his own.

Meanwhile, yesterday Friday we saw a good handful of news arrive in FIFA 21 Ultimate Team, starting with the second team of cards What if? with players like Mertens, Lucas Leiva, Reguilón, Commander Morales or Wass, the Danish side of Valencia. In addition, Betis midfielder Cristian Tello is also available through SBC, and Hertha Berlin’s Dren Guendozi in Goals.

Also available in envelopes is the Team of the Week with Robert Lewandowski, Nicolas Pepe, Diego Godín or Gareth Bale, with Frenkie de Jong, Jan Oblak and Jeison Murillo as representatives of our league.