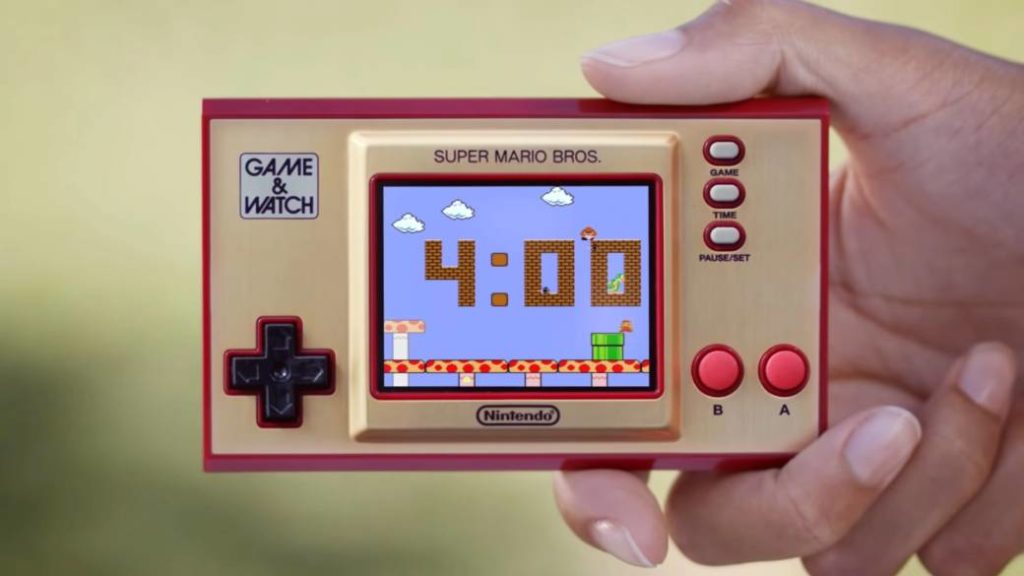 This device is another of the products that will be sold to celebrate the 35th anniversary of Super Mario.

Nostalgia is back, if it’s ever been to go away. Nintendo announced Game & Watch: Super Mario Bros., a machine inspired by those devices from the eighties that were so successful. Then it was the turn of the Game Boy, but that’s another story. In honor of Super Mario’s 35th birthday, those from Kyoto uncovered a whole series of products, among which is this device. Now, the company has uploaded a video to its YouTube channel, in which all its characteristics are reviewed in detail. You can see it on these lines.

As we said, this product is based on the old Game & Watch, which managed to sell 43 million units in total. Its name comes from a function that was previously practically reserved for watches. And it is that with those systems you could play, but also check the time.

This is the new Game & Watch

The new Game & Watch: Super Mario Bros includes a modern crosshead and several classic games inside, specifically the following: Super Mario Bros., Super Mario Bros .: The Lost Levels (called Super Mario Bros. 2 in Japan), as well as a special version of Ball, although this time with Mario as the main protagonist. Nintendo promises 35 details to discover, something that players will be able to investigate from November 13, the date on which it will go on sale at a recommended price of 59.99 euros.