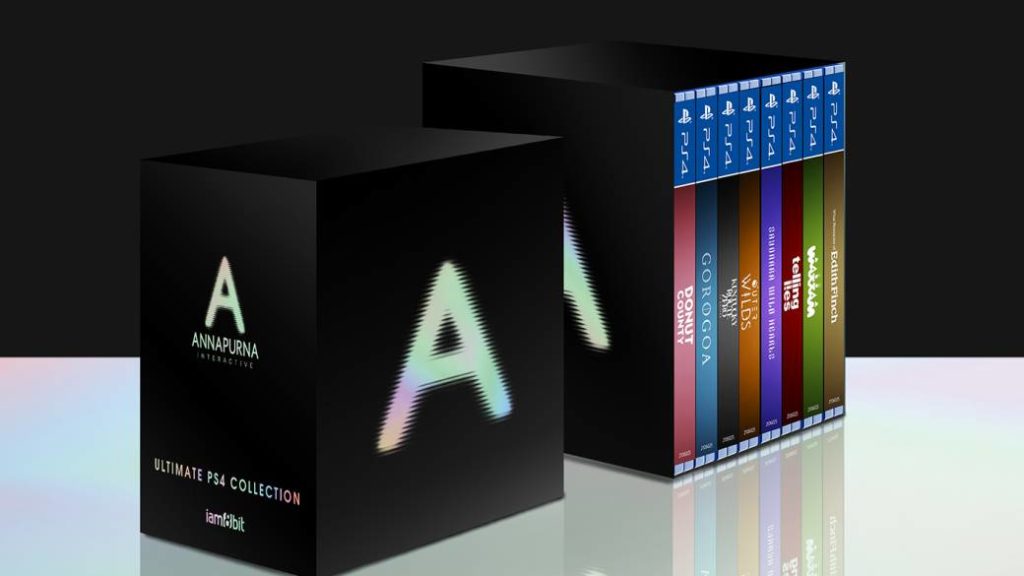 Annapurna Interactive, iam8bit and Meridiem Games present a collection in physical format for PS4 with eight of their first video games for 179.99 euros.

Annapurna Interactive and iam8bit present the Ultimate PS4 Collection, a very limited edition in physical format with 8 of the indie developer’s first and most celebrated video games, a collection that brings together the best of the games released during its first five years that will arrive in Spain from the hand of Meridiem Games. This is how its managers have presented it, sharing the first images of this exclusive edition that will be available soon at a price of 179.99 euros.

The best of Annapurna’s beginnings in 8 discs

Thus, this collection presents up to 8 Blu-ray discs, one for each of the eight games that make up this limited edition. The selected games are: Donut County, Kentucky Route Zero: TV Edition, Outer Wilds, Sayonara Wild Hearts, Wattam and What Remains of Edith Finch, as well as Telling Lies and Gorogoa, both available for the first time in physical format. 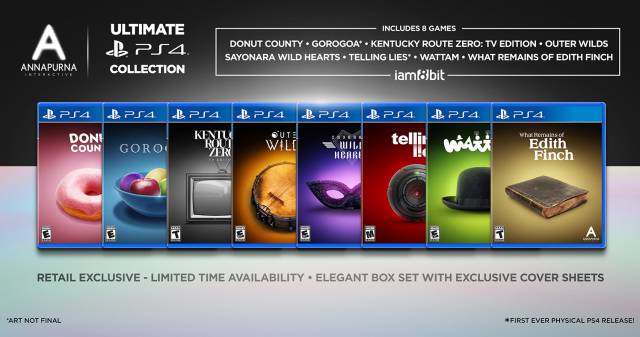 “Beginning with the launch of What Remains of Edith Finch in 2017, Annapurna Interactive has curated unique and designer-created experiences that have received countless awards. This compendium is a love letter to the fans and to the great community that has been created around the titles and their creators ”, point out those responsible for an edition that for now has no final release date.

This collection will arrive in an exclusive box, with a sober appearance and in black, with the Annapurna Interactive logo; Inside will be included the 8 boxes of the 8 titles, all of them sharing a cover style through new and exclusive illustrations. From Meridiem Games they point out that they will soon share information on how to get the Ultimate PS4 Collection from Annapurna Interactive in Spain.

Do not miss some of our Reviews of Annapurna Interactive games included in this collection such as Kentucky Route Zero: TV Edition, Sayonara Wild Hearts or What Remains of Edith Finch, among others.