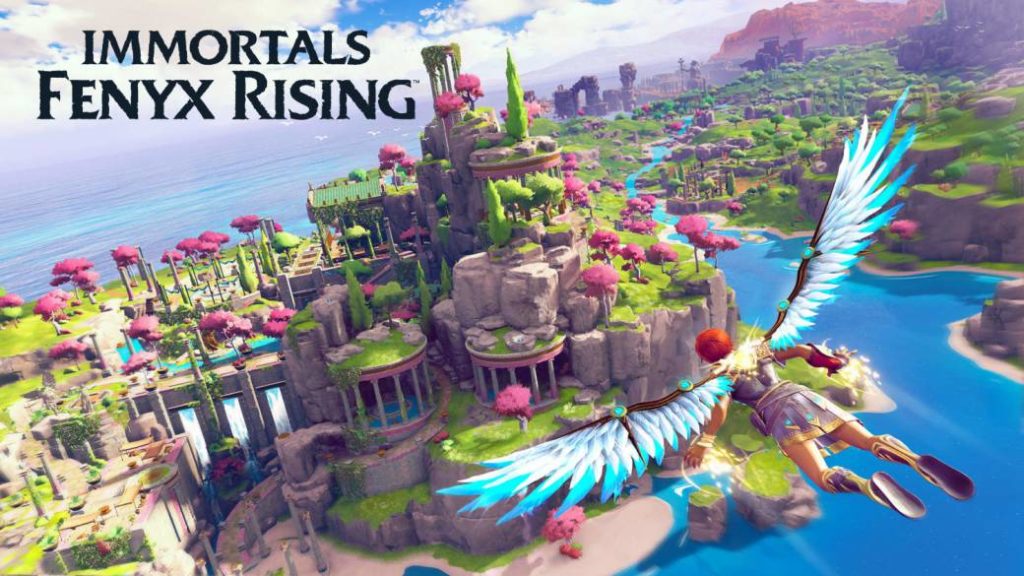 We tested the new production from the creators of Assassin’s Creed Odyssey for about 4 hours, a trip to the most parodic Greece.

Zeus is the father of gods and men, almighty, omnipotent and with an ego that surpasses Olympus. Immortals: Fenyx Rising sketches a parodic vision of the classical world, of that Greece of divinities and heroes, where epics followed one another and mythological creatures exhibited their powers. Ubisoft Quebec, the studio behind Assassin’s Creed Odyssey, doesn’t move from the Greek setting, but embarks on a more personal journey to design an entirely new intellectual property. Without neglecting its heritage, the studio has managed to create an interesting product with its own personality. After a session of about four hours of play, we can finally tell you our feelings at the controls.

The higher you climb, the harder the fall will be. That is what happens to the Greek gods, who in this version of history suffer a resounding defeat. The arrogance of Zeus, who believes himself above everything and everyone, does not prevent an ancient divinity from rebelling against the established power. It is about Typhoon, a sinister and monstrous being, powerful to unsuspected limits. It rises to the clouds with its wings coated in fire and magma, always thinking about its next move. In classical mythology, Typhon was able to subdue the supreme god, although finally it was Zeus himself who put an end to his reign. Since then, he has taken refuge inside the Etna volcano, in Sicily. But that’s another story, the one that appears in the books. 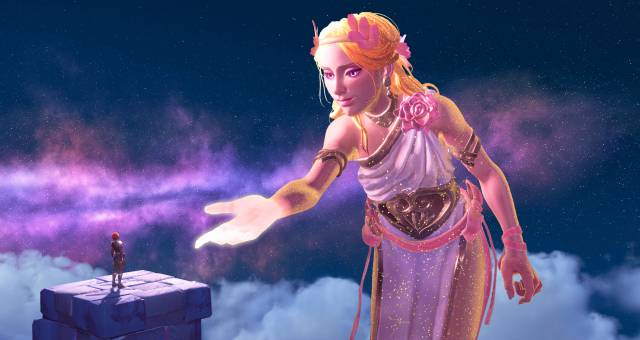 The plot premise and the character editor

Until just a few weeks ago, Immortals: Fenyx Rising was known as Gods & Monsters, a name that the studio changed because they wanted to focus their attention on Fenyx, the main character. This was confirmed by Scott Phillips, creative director, in an interview with FreeGameTips. In this story, Typhoon has taken control of the situation and has put Zeus on the ropes. He stoops to ask for help from Prometheus, the titan who he himself subjected to eternal torture. It must not be very pleasant for an eagle to eat your liver every day, so Prometheus will have to be forgiven for his scathing remarks. The chained man points downward toward the place where mortals dwell. And again, the proud Zeus shows that he looks down on everyone when he calls them parasites. Well, one of those parasites is going to save you this time.

The history of this title has been written in a humorous way, something that is also reflected in the graphic aspect, carefree and with a cartoon cartoon finish. A particular scene that has made us very funny is the one that portrays this Zeus for what he is, a megalomaniac god, not very tolerant and narcissistic. A meta-reference to the video game credits appears and Zeus is listed as game director, production director, director director, senior producer, father of the gods, creator of the world and a whole series of positions that could well have appeared in a Linkedin page. A little later, when the phrase ‘Ubisoft Quebec Presents’ is finally drawn on the horizon, Zeus shows his surprise to Prometheus, the narrator: “How, this was just the prologue? How can it take so long to start a story? ” The truth is that it has flown by us, but before anticipating anything else, let’s go back in time, until God discovers who his heroine will be. 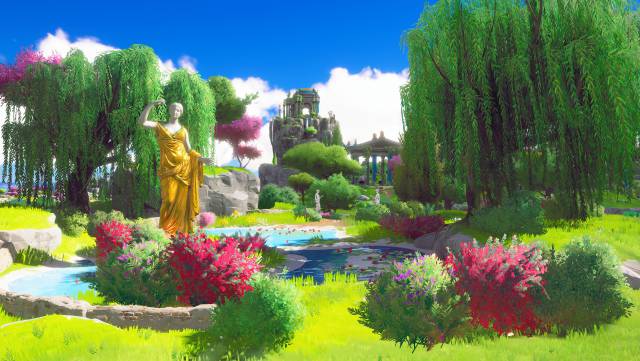 The chosen champion is a complete stranger, neither Hercules nor Hermes nor Achilles nor Perseus, simply Fenyx. Before starting to play, we have to create our protagonist. The game introduces an editor through which we can modify the hairstyle, eyebrows, tattoos, face shape or hair color, among other characteristics. In our case we chose the female version, although it is possible to select a male character and make all kinds of combinations, including the possibility of placing a lush beard on our warrior. We opted for a somewhat more conventional look. In any case, the selection is not fixed, because later on we will be able to edit the entire character again, as many times as we want.

The ship that Fenyx was sailing on is wrecked; his brother, the hero, has turned to stone. Full of doubts, the aspiring heroine takes the sword of Achilles and takes her first steps in combat. Her adventure has only just begun and Typhon’s first minions have already attacked her with all the weapons at their disposal. 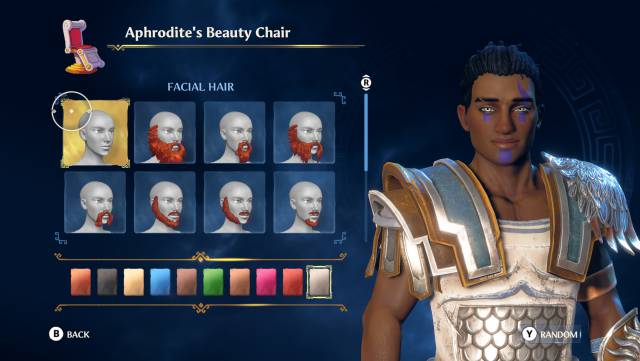 Playable, the title is a cross between The Legend of Zelda: Breath of the Wild and Assassin’s Creed Odyssey, a set that fits and doesn’t feel out of place. From the first he takes the adrenaline system and puzzles, while from the second he extracts the combat system and world construction, which also has traces of Nintendo’s production. In any case, the combination of all these elements works surprisingly well. In these four hours that we have spent at the controls, it has given us the impression that the video game maintains its own identity, despite the fact that many of its elements are quite familiar to us.

As in the game starring Link, actions such as swimming or climbing use up adrenaline compartments. When these are exhausted, the character falls asleep or drowns in the same waters that until then he tried to tame. Potions and mushrooms are resources that are used to restore life and adrenaline levels, so they can sometimes get you out of a jam. 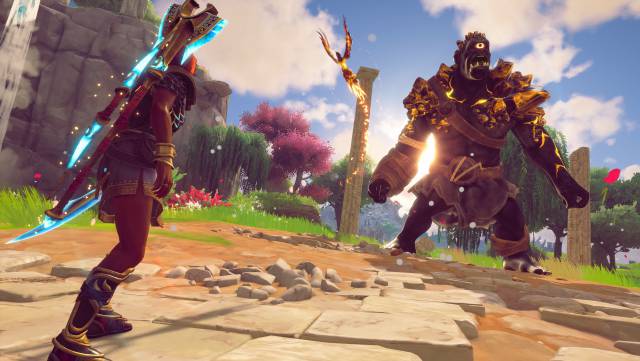 Far from being a minor video game, Quebec has designed an open world rich in detail. The map unfolds and we must find the most suitable route to reach the desired destination. Sometimes it may seem simple, but it is important to bear in mind that some locations will be inaccessible if we do not have the skill or the amount of adrenaline necessary. For example, at first it will be impossible to cross the main bridge, since to do so we need the double jump ability. The exploration has been shaped in a very three-dimensional way, with the option of traveling the world on foot, flying or with a mount. To climb on an animal, you must first tame it: we approach slowly, in stealth mode, and press the corresponding button. Nothing too elaborate, but curious after all.

There are also places that work like watchtowers, where we can scan the horizon and mark key areas of the map, in a mechanic that is very reminiscent of the towers of Breath of the Wild. 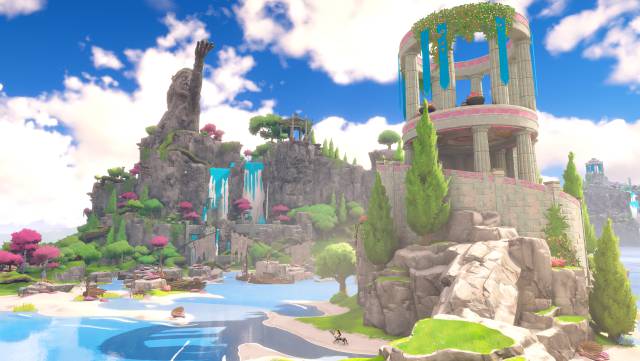 In those first moments of play, we found the legendary Ax of Atalanta and we entered the Passage in the Abyss, the domain of Typhon. This is a type of main story challenge that intertwines puzzles and platforms. We move levers, place blocks, and play with the various elements of the stage to progress, all while hopping around. Throughout the game we have faced similar challenges, although of course, the difficulty is increasing as the main plot progresses. Each of them is marked with a level of difficulty (from one to three), although we only did the most basic ones. Still, we believe that the difficulty curve has been measured well, as new concepts are added progressively. In the last puzzle that we had time to see, for example, we were asked to move rocks using the force of the wind that came out of some specific openings. Completing these sections allows us to obtain resources that we can then invest in improving the character.

Another recurring puzzle is that of the constellations. At first glance they seem very simple, because the premise is simple: observe the diagram that appears on the wall and place the spherical rocks in the corresponding hole. The problem is that it is necessary to find them first, which is another puzzle in itself: each one of them hides under some type of mechanism or mechanics that must be used. Magnetism plays an important role here, an ability very similar to that of the magnet on the Sheikah Stone in Zelda.

Fenyx doesn’t fly when his epic begins, but it doesn’t take too long to get Daidalos’s wings. He does so thanks to the invaluable help of Hermes, a character who is portrayed as a mere petty thief, although behind his irreverent condition is the silhouette of a true god. He will explain to us why the wings do not work at first, so we embark on an adventure to find the wind of Aeolus, stored in a jar. This, of course, also consumes adrenaline, so you have to time your timing well if you don’t want to land in an unsavory spot. 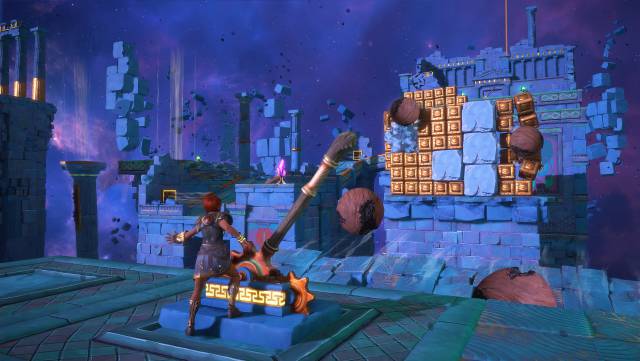 The wings provide greater depth to its combat system, which, as we said, is very reminiscent of the previous project. The parry, the strong blow, the weak one, the bow, the option to set the enemy as a target or the dodge button are elements that invite us to master the mechanics. If we approach stealthily, we may be able to damage the enemy before they see us. The difference between Odyssey and this Immortals is that the system is somewhat more agile and fast, not to mention that in battles we can combine fighting on the ground and in the air. Thanks to the progression system, which relies on the collection of certain elements (either after overcoming puzzles, finding them in the world, etc.), we can improve skills, divine powers and add new combos, which are executed as in a game of action.

In that sense, the skill tree is generous and covers all facets of combat, as well as the most basic abilities (swimming, number of objects, and so on). Adrenaline and life are also enhanced that way in the Hall of the Gods. Also, the most flirtatious can change their physical appearance there too. 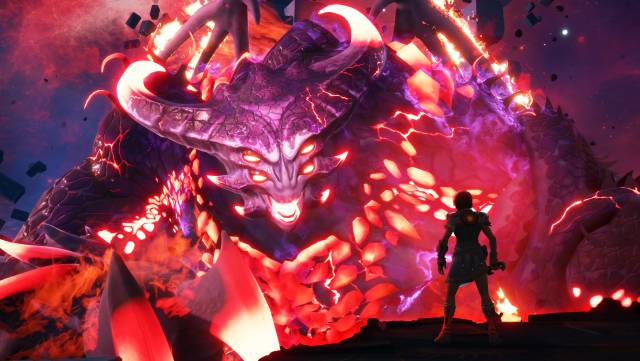 Immortals: Fenyx Rising has surprised us. When the session finished, we wanted to continue playing, something that invites us to be very optimistic for the launch of the final game, which will take place on December 3. The title will be available on PS4, PS5, Xbox One, Xbox Series X, Xbox Series S, Nintendo Switch, PC, and Google Stadia. From October 22 to 29 there will be an exclusive demo for players on the Google platform, who can enjoy a mission in the Aphrodite region. The demo lasts about 45 minutes and can be tested here.