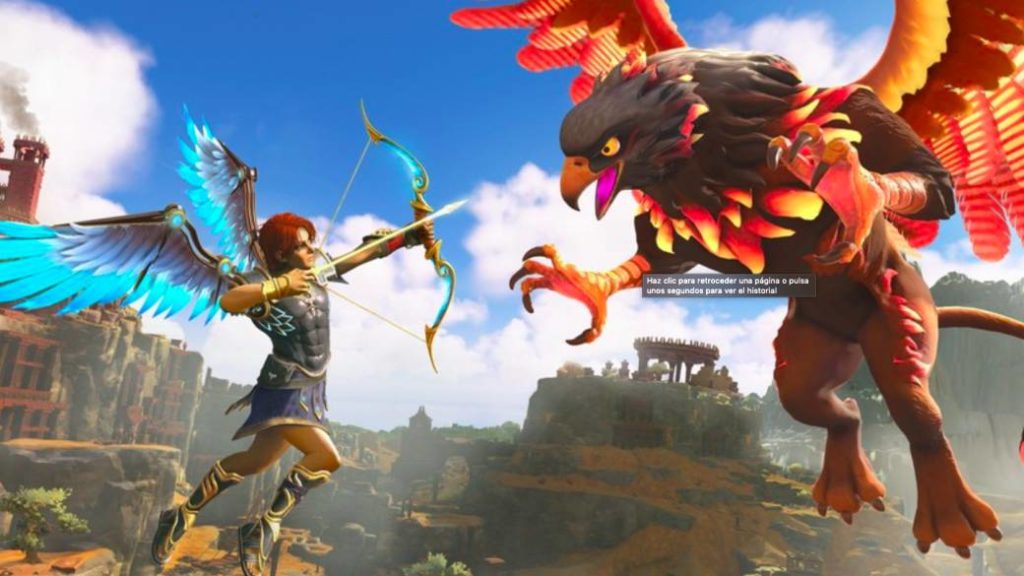 We have a new gameplay trailer for Gods & Monsters, now called Immortals: Fenyx Rising, and it comes loaded with powers and enemies from classical Greece.

At last it’s time for Immortals: Fenyx Rising, the new Ubisoft IP that until just a few weeks ago we knew as Gods & Monsters. The game has been one of the main protagonists of the second Ubisoft Forward, a digital event in which the French company has unveiled its route plan for the coming months. Through a new trailer, the title has announced its release date, December 3, 2020, and has staged some of its novelties and mechanics, as well as its attractive artistic section, inspired by classical Greece and its mythology. . It will come to PC, Stadia, PS4, Xbox One and Nintendo Switch, but it will also be available on new generation consoles, PlayStation 5 and Xbox Series X | S. In addition, it will have Smart Delivery, or what is the same, if we buy the version of PS4 or Xbox One, the developer will “give us” the version of PS5 and Xbox Series X | S. This is a policy that facilitates an easy transition to new platforms, in which the title will have various resolution and framerate improvements, among other things.

From the makers of Assassin’s Creed Odyssey

The title is being developed by Ubisoft Quebec, the makers of Assassin’s Creed Odyssey, which in FreeGameTips we declared at the time “the best game in the saga”. For that reason, it has had our full attention since it was announced about a year and a half ago, back in E3 2019. Like AC Odyssey, this Immortals: Fenyx Rising is set in classical Greece, although unlike that one it will be focused on Greek mythology. As Fenyx, a fully customizable winged warrior who fights in the service of the Olympian gods, we will travel an open world made up of seven different regions, each inspired by a different Greek god. In them we will fight with harpies, cyclops, jellyfish and other creatures of the collective imagination, which we will face making use of divine powers and objects such as the sword of Achilles and the wings of Daedalus. The great enemy will be Typhon, the deadliest titan in the pantheon, and our greatest ally … Hermes, the god most … well, a god. Little else we know about the title, which as we said, will arrive on consoles and PC on December 3, 2020.

This second Ubisoft Forward (we recently remembered the announcements of the first) has left us even more announcements and surprises about the future plans of the French company. A good example of this is the return of Prince of Persia, or the return of Sam Fisher, albeit in the form of a playable character for Rainbow Six Siege. At FreeGameTips we have been covering the event live (you can relive the streaming here) and very soon we will deepen and enter into the new details of the games shown, so stay tuned … and go preparing the list for the Three Kings.

Save the gods of Ancient Greece in Immortals Fenyx Rising ✨ # ImmortalsFenyxRising | #UbiForward pic.twitter.com/ChNtFsOFZp