You are here: Home / News / The remake of Prince of Persia: The Sands of Time is now official; will arrive in January at a reduced price 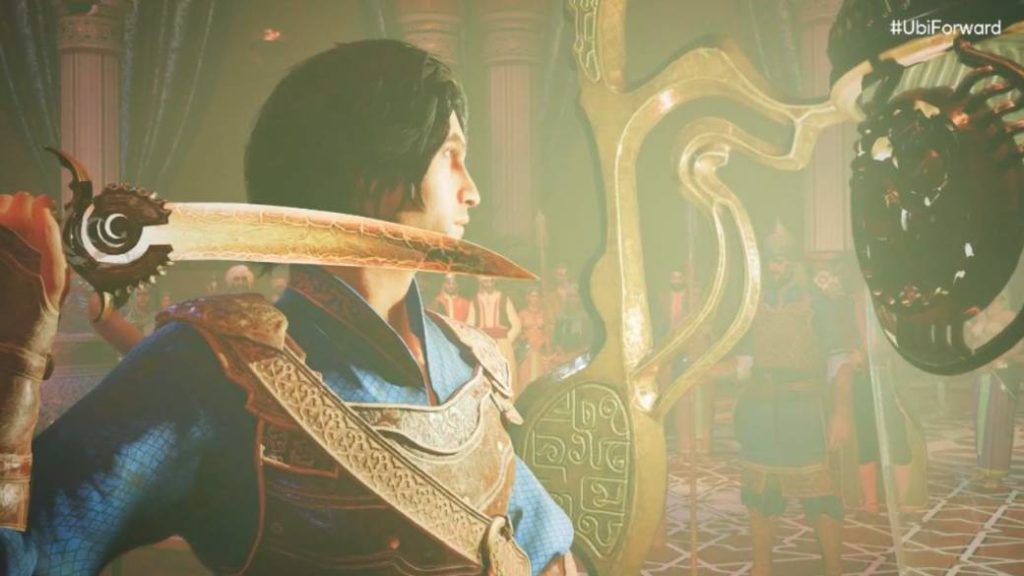 The Prince, Farah and the Vizier will return to PS4, Xbox One and PC in January 2021 with a remake of the original, mythical platforms released in 2001.

Kakolookiyam !! Ubisoft has just confirmed that the remake of Prince of Persia: The Sands of Time is a reality and will arrive on PC, PS4 and Xbox One in a matter of months. Specifically on January 21, 2021. A few hours ago the first images of it appeared on the internet, but not even the leaks prevent it from being a megaton and one of the biggest surprises of the new Ubisoft Forward. The French company has confirmed in this event that the game will have a new camera and redesigned controls, but that apart from that it will respect the essence of the original. It is being developed by Ubisoft Mumbai and Ubisoft Pune, marking the first time that these two teams based in India are put at the controls of a similar project. It is run by the Anvil Engine (Assassin’s Creed’s graphics engine) and its appearance has already sparked some debate about whether it lives up to what the franchise deserved. In any case, the game will arrive at a reduced price (39.90 euros) and is now available to reserve on its website.

The return of a mythical game

This remake marks the return of one of the most beloved and important titles of the PlayStation 2, Xbox and Gamecube era. Prince of Persia: The Sands of Time was a beautiful platform halfway between Arabian Nights and Sinbad the Sailor. Released in 2003, the game was brimming with color, magic, and romance. In it we followed the tragic story of the Prince, the young heir to the throne of Persia, whose father and people were betrayed by an evil Vizier who unleashed a terrible curse on all of them. To save them, the Prince had to learn to wield the Dagger of Time, a mysterious object that allowed him to rewind and go back in time to correct his mistakes. What our protagonist did not have was with, in the middle of all that nightmare, falling in love with Farah, daughter of the Maharaja of India, a young and brave archer who fought for her own cause and had her own motivations …

Las Arenas del Tiempo was the beginning of a remarkable trilogy that culminated in El Alma del Guerrero (2004) and Las Dos Coronas (2005). A generation later, already on PlayStation 3 and Xbox 360, Ubisoft restarted the saga up to two times with Prince of Persia (2008) and The Forgotten Sands (a spin off of the original trilogy released in 2010), but it was losing momentum and it ended up being replaced by Assassin’s Creed. His absence has lasted for a decade in which we have felt prisoners of the Dahaka and in which we have seen several threats of return and canceled projects, such as Prince of Persia: Redemption. But after this last Ubisoft Forward (which has had many more news) we can finally say that the Prince is back and with a bit of luck it will be with the magic and charm of always.

The @PrinceOfPersia Sands of Time Remake is coming to PC, PS4 and Xbox One on Jan 21! #UbiForward | #PrinceOfPersiaRemake pic.twitter.com/JE87vdvb0N