You are here: Home / Bioware / Mass Effect, the universe that captivated us 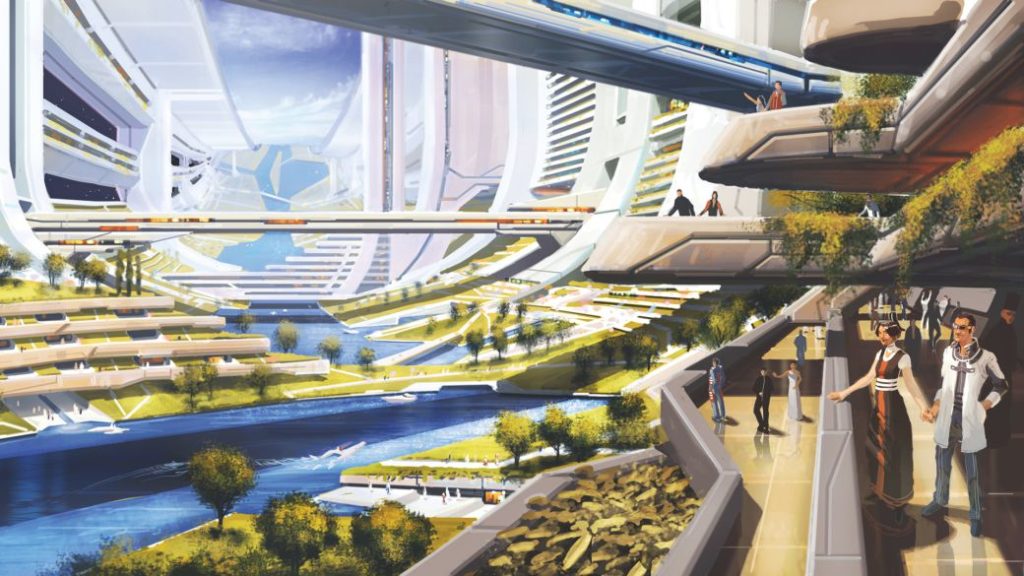 Mass Effect was Bioware’s big bet to revitalize the RPG genre with a title set in the distant future. Its great universe full of nuances inevitably conquered us.

Not all games are worthy of a place in the living room of our memories. Every year a good number of titles wear their best clothes to qualify for that privileged place, but only a few are chosen. Mass Effect is one of those works where we can’t help but heave a nostalgic sigh. We often recall all those unforgettable moments with Shepard and his crew and we wish we did a memory reset to feel the adventure again for the first time.

The galactic epic will return in its best aspect on May 14 in Mass Effect Legendary Edition, meanwhile, we want to point out the virtues that gave Mass Effect a popularity that still maintains 14 years later.

Bioware once again launched into space in an ambitious RPG. His plan was to build a completely new and revolutionary universe from the ground up. The project began to develop on elements of the seventh art, in this way, it would achieve a feeling of realism and complete immersion of the player. The excellent script and narrative were two of its strengths, but it was through its numerous cutscenes with professional shots and camera movements that it dazzled. The expensive mocap technique and a cast of voice actors were used that gave the plot a force never seen before. But something was still missing, and that is that Mass Effect would not have been the same without the soundtrack – very Vangelis style – by Jack Wall & Sam Hulick, the icing on the cake to the scenes between playable sections. Rarely have we seen an RPG with an audiovisual production so similar to the cinema.

The introduction of Mass Effect was key to retaining the player. Using the techniques outlined a few lines above, Shepard’s story felt exciting. We immediately took the reins of an adventure that led us to fight for the galaxy and to establish bridges between cultures. An intertitle recounted the background of the vast universe:

“In the year 2148, some explorers discovered the remains of an ancient civilization that traveled through space on Mars. In the decades that followed, these mysterious artifacts revealed amazing technologies that allowed travel to distant stars. The basis of that incredible technology was a force that controlled the fabric of space-time. That force was considered the greatest discovery in human history. The civilizations of the galaxy call it … Mass Effect “.

The Citadel, the city of the future

There is an image of conceptual art that is frequently used to illustrate articles that allude to the future, that is La Ciudadela. The sophisticated architecture seems a tribute to the work of Syd Mead and, without a doubt, it fits like a glove in the imaginary of the megalopolis of the future. 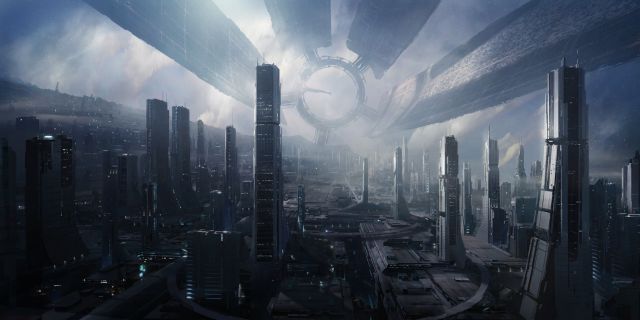 The space station is the epicenter of the galaxy’s civilizations. A central base and five arms house the various sectors: government buildings, commercial areas, as well as picturesque entertainment venues. Inside La Ciudadela is the Council, a place where political and social issues involving the assigned species are discussed. However, that spotless city hides the worst kind in its underworld. Although perhaps the most disturbing thing about the space city is the secrets lost in time that no one wants to investigate.

Beyond overwhelming design and spaciousness, La Ciudadela truly feels like an urbanized entity with political-administrative activity. We observe the functions that take place in it and urban life with the coming and going of its inhabitants through the busy streets. The possibility of interacting with numerous elements of its dependencies transmitted us in that distant 2007 an amazing sensation of life. Although perhaps the moments in its elevators are more remembered than the city itself.

Being able to travel through space at speeds never seen before led humanity to strengthen ties with other civilizations. The racial disputes on the home planet have long since reached their conclusion. Humanity faced the challenge of deploying its diplomacy with the Asari, Salarians or Turians, beings with a biology and culture totally opposite to the human one. However, the desire for peace in the universe was shared. 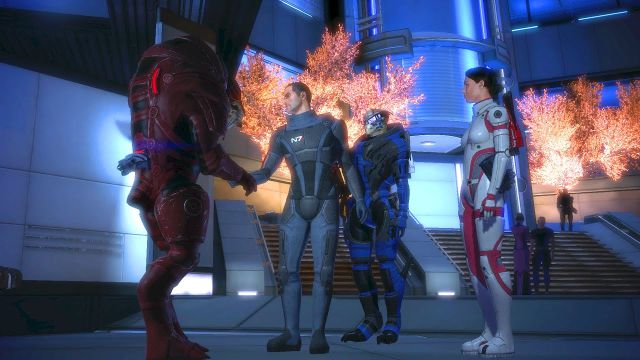 Shepard was fortunate to have Garrus, Liara, Wrex and Tali in his crew, comrades from missions in outer space and friends to enjoy leisure time with. The time together contributed to shorten distances and we glimpse that, like us, they are intelligent beings with their virtues and weaknesses. In the eyes of many humans they continued to be aliens with strange bodies and strange habits, but to us they were part of our Normandy family.

A galaxy at war

There will always be a pretext for war. The dominance of the strongest is an implicit concept in all intelligent life in the galaxy. It is even adopted by synthetics through its creators.

Peace also has an expiration date for those empires that boast of technological superiority. Throughout history, the audacity to believe oneself invincible has destroyed entire civilizations in pursuit of balance. Mysterious artifacts millions of years old are the only memory of those that disappeared without logical explanation. However, nothing is in question. And we already know what is popularly said: those who do not know their history are condemned to repeat their mistakes.

Vigil, the herald of the forerunners, is just a warning to future civilizations: “Don’t make the same mistakes.” Shepard suspected that the strange events weren’t random, but not everyone was willing to listen. Protean AI is the sad legacy and also the hope. Remember it, remember us. His appearance is accompanied by a theme that is capable of drawing inexplicable tears from us.

Asimow established the three laws of robotics in his work as a safety guide for humans against robots. The cinema has been shaping fantasy through androids endowed with artificial intelligence that transform into sentient beings. Its aspiration is to achieve free will by challenging, if necessary, its masters. To what extent are synthetics subject to their creators? This ethical dilemma is extended in Mass Effect with the Quarian-Geth conflict, which began when these AIs awakened his consciousness. Later, irrational fear was unleashed with dire consequences for the former.

Mass Effect put endless dilemmas in the player’s hands through a web of decisions that made our morality shake. The line between good and bad was blurred with compelling reasons that supported all kinds of answers. Decisions resulted in outcomes that activated the illusion of choice. Our path felt unique and special despite being predetermined. This system achieved the emotional involvement of the player, who shared through the networks and by word of mouth.

Mass Effect brought a genuine flair to Bioware RPGs. And the path started by Shepard in the original game continued in its sequel, more polished and with more connection with the characters of the saga. But that, dear soldiers, will be another day and another battle.