You are here: Home / Outriders / Outriders presents their world, the Pyromancer class and more in its latest transmission 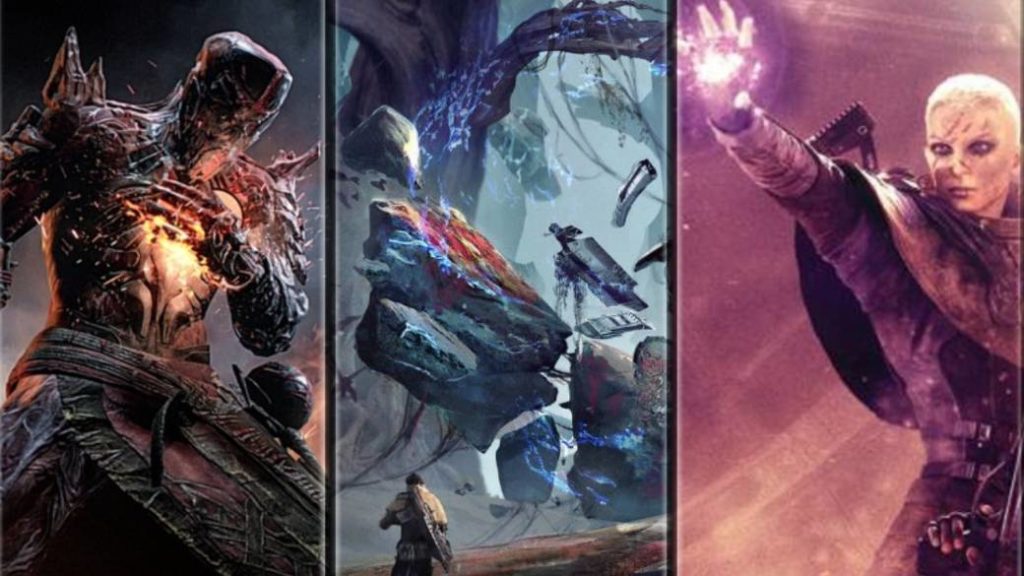 We present you all the news we know about the RPG shooter from People Can Fly and Square Enix, for PC, PS4, Xbox One, PS5 and Xbox Series X.

At the beginning of the year we were able to travel to Warsaw to play Outriders, the RPG shooter proposed by the People Can Fly team together with Square Enix, for more than three hours. It is an intergenerational launch that will reach both PC, PS4 and Xbox One and the new generation of consoles, when they become available: PlayStation 5 and Xbox Series X. Currently, the company in charge is making a series of streamings in which they show news of the game: their lore, characters, classes, locations, weapons, etc. For this reason, and as long as you can find all the new information summarized in a single entry, below we detail everything that has been presented in the second installment of this Outriders Broadcast, now available.

The trip and its structure; Outriders scenarios and missions

“History will have a very important role in Outriders”

With this phrase, from People Can Fly they want to make sure from the beginning that their title will have an important weight in the narrative. Specifically, they detail that Outriders has more than an hour and a half of cinematics and a little more than two additional hours of scenes belonging to side missions parallel to the main road. When we were able to be at the controls of this title we had the opportunity to witness some of these cinematics and, despite the fact that the transitions between them and the gameplay still had to be polished somewhat, we remember that they presented great graphic quality and an interesting plot. 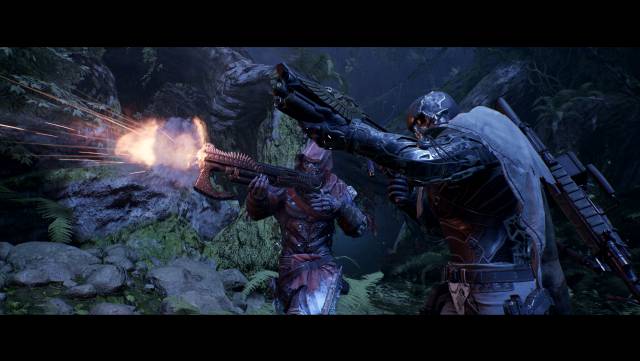 To begin with, the news that they tell us in this new presentation focuses on the scenarios that we will visit throughout our game. “Massive” is the term used by the team to describe the world they have designed for Outriders. By having special powers, our main character and those who accompany us are one of the few that can advance beyond the borders of the settlements built to sustain human life. Starting from the initial location known as Enoch, we will enter vast and dangerous territories where a wide variety of enemies await us.

A look at the map of one of these areas of the game allows us to see the differentiation they make between hubs (where there are stores and NPCs that offer us missions) from which we started with respect to the most battlefield segments. It is clear that Outriders does not present an open world, but is composed of a series of interconnected areas through which we can advance as the adventure progresses, in addition to having the opportunity to return to them to find secret areas, equipment and loot of better quality according to our level and, ultimately, to improve our skills.

In order to show us an example of a secondary mission, in the broadcast they offer small brushstrokes and cuts of one of them, located in a snowy setting in which we must discover what has happened to one of the members of our team. From what we see on screen, the final boss of the task is still something simple, a perception that we already had when we were at the controls in front of a creature created with little inspiration, both for its physical appearance and for its repetitive and even tedious attacks , at a certain point. However, it is still early to know if it will be something that will be applied to the rest of the bosses or if it was just something specific.

The key characters we should know

The next section of the broadcast is dedicated to offering us the first details of some of the characters that we will meet in Outriders. Before that, they detail very above that the players will have a truck with which to transport ourselves between areas and that will serve as a small portable hub, in addition to being able to customize it to our liking. To help us in this task we find Jakub, a mechanic who is in charge of piloting the mentioned truck as well as helping us to customize it at all times.

On the other hand we have Dr.Zahedi, one of the few inhabitants of Enoch with scientific knowledge who can help humanity to get out of the spiral of destruction they are in. We can talk to him to improve our weapons and armor. Finally, we are introduced to Bailey, with whom we can trade to buy and sell various items from our team. In the same camp where our companions rest we also find a matchmaking terminal and a trunk in which we can store our equipment and change the appearance of our protagonist.

The Pyromancer class; mastering the power of fire

This time around, the Outriders Broadcast focuses on the pyromancer’s class, who has explosive and fiery power in their hands to deal with devastating hordes of enemies. They specialize in midrange and even though they don’t have the ability to get in and out of the battlefield quickly (as Tricksters do), they do have enough area around them to be able to back out and cover themselves if things get complicated. 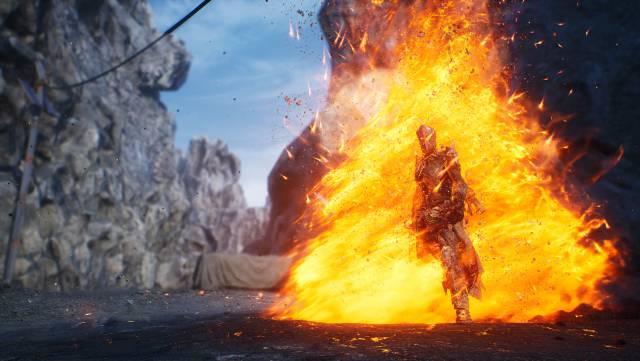 “It explodes. Immobilizes. Turn on ”, are the three fundamental pillars of any self-respecting pyromancer. Furthermore, he can heal himself by tagging his opponents with his abilities and taking them down. When they die, they will release some health so that we can collect it in order to recover. As for its powers, it has up to eight in total, which we can change at will to have them at hand on the fast-action buttons. To give some examples, “heat bomb” makes enemies explode while “ash blast” allows us to immobilize them and focus on another group of enemies while the effect lasts or to end their lives once and for all so that they do not return let’s move.

In general, the pyromancer is a class that works very well working as a team with other Outriders of different classes, since its level of defense is not very high but it will help us greatly to clear the areas full of opponents when performing attack combos to neutralize and “freeze” them in order for another partner to give them the coup de grace. 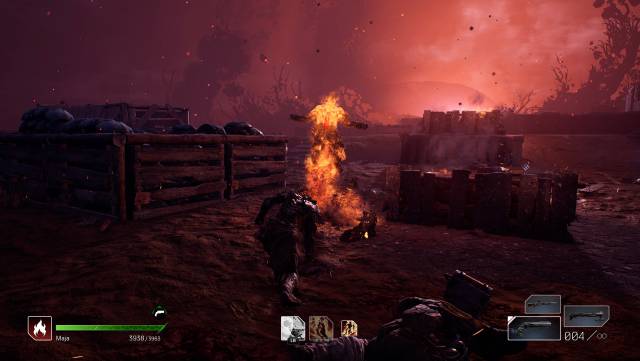 As for the skill branches that a pyromancer can develop, they are “Ashbreaker” (which offers passive advantages for causing damage to marked enemies), Firestorm (increases the level of damage we can cause) and Tempest (improves our defense and other parameters such as the amount of health we can recover each time).

The soundtrack is in the hands of Inon Zur

Inon Zur, an Israeli composer with a long musical history behind him, has brought us various themes throughout his career, among which we find works for film, television and for games such as the Fallout saga, Dragon Age 2, Crysis , Prince of Persia and many others. At Outriders, he has had an entire orchestra to create the music for the game, which from what we have been able to hear so far, promises to be epic. 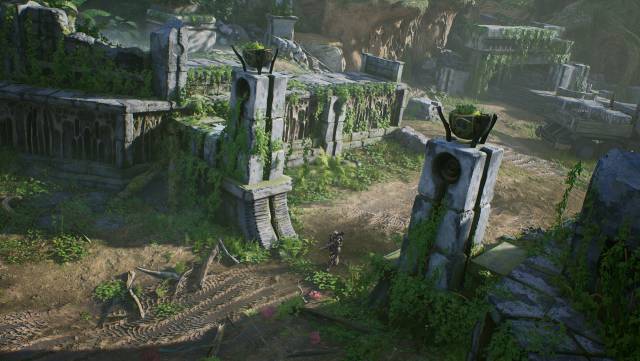 “My hope is that music serves as a fourth dimension. We want the player to really feel connected to the game and feel the music while playing. In many ways, I believe that the Outriders experience achieves this and it has been very special for me to work on this project, ”says Zur in an interview starring in the program in question.

To finish, at the Outriders Broadcast they gather a series of questions that the gaming community has asked through social networks in order to answer them. They discarded the idea of ​​introducing a PvP mode (Player vs Player), so they decided to focus on bringing out “the best cooperative shooter for a player”. Therefore, we can play in the company of our friends but not against each other. 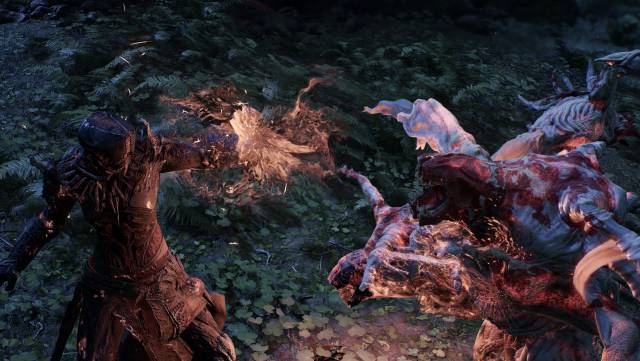 Regarding the total duration that the game campaign will have, they estimate it to be around 25 to 30 hours but point out that it will depend on the way we play. They have not yet confirmed a beta in which players can try Outriders nor have they wanted to detail other aspects that users want to know, such as the characteristics of the endgame that will have the title. Even so, they promise that all these questions will be answered in future programs and in the final stretch until the launch, which will take place sometime in 2020.