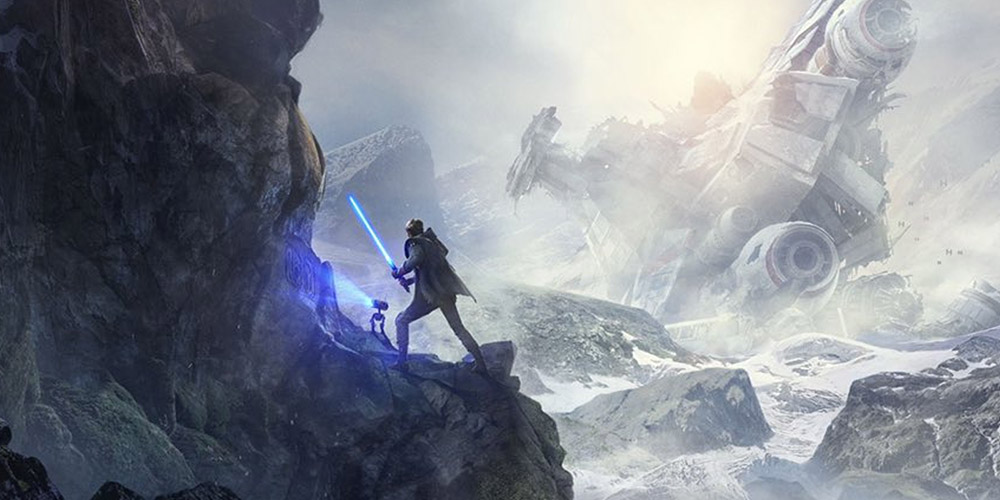 If you are looking for a Christmas present or you would rather give yourself a present, you should be interested in Star Wars Jedi: Fallen Order, which has now been reduced in price for the first time.

So you get the standard version already for 44 EUR, while for the Deluxe Edition only 55 EUR are due. You can look forward to additional skins in the game and exclusive background information.

In Star Wars Jedi: Fallen Order (our review), players take on the role of Cal Kestis, a former Padawan who lives undetected under the Empire's eyes after the Jedi were almost completely wiped out by the Emperor's Order 66. When forced to flee, he soon encounters his Companions Cere Junda, a former Jedi Knight played by Debra Wilson, and Greez, the legendary Latero pilot of the Stinger Mantis, whom Daniel Roebuck speaks. BD-1, C's loyal and useful loyal droid, helps players navigate and explore various planets, including the Wookiee homeworld Kashyyyk and the still-unknown Zeffo.

Cal and his companions are trying their best to stay one step ahead of the Empire and its new enemy, the Second Inquisition's sister, as they explore an ancient alien civilization mystery that could enable the Jedi Order to rebuild.