You are here: Home / ConcernedApe / Stardew Valley shares a new image of the long-awaited update 1.5 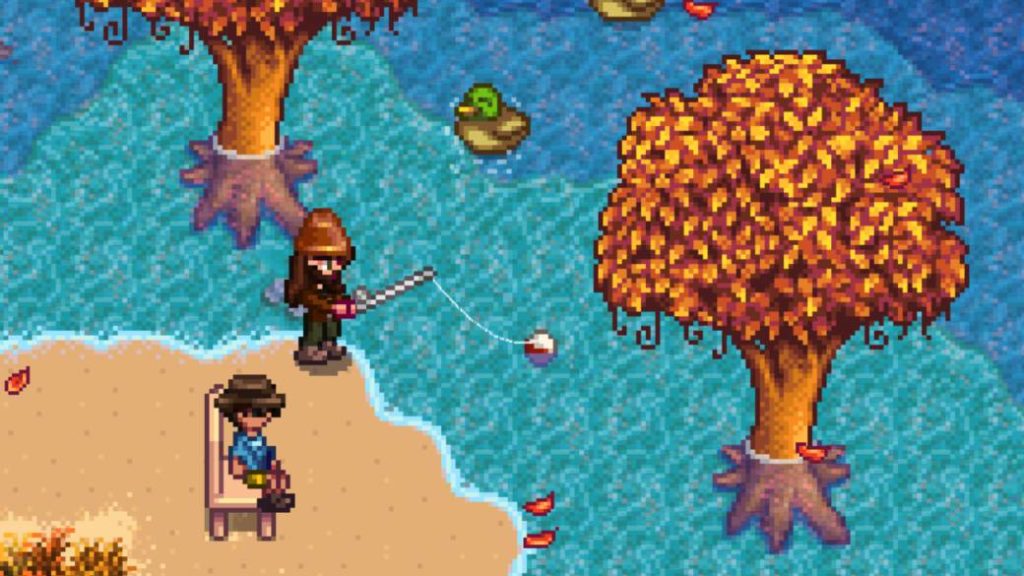 ConcernedApe’s popular farm management video game is working on this fine-tuning, which will bring new content demanded by the community.

ConcernedApe has posted a new image of the Stardew Valley 1.5 update on the social network Twitter. The community of the popular Eric Barone management video game is looking forward to this patch, which is going on for a year and will greatly expand the content of the title. Although the message does not say anything concrete, the image actually tells us many things.

Because in the photograph there are ducks, trees and a bench. It’s true that ducks are by no means new to Stardew Valley, but we’ve never seen them swim in water. We do not know if it will be possible to take the ducks that we have raised to the sea or if, on the contrary, they will be wild. The trees themselves are new in themselves as they are partially submerged in water, with whatever novelties this may have in the game.

Finally, we see that individual bank in the part bordering the sand water, on the coast, with a seated character. This was also not possible before.

In the absence of knowing if its creator, Eric Barone, confirms more news on the way for this ambitious update of the game, we already know that version 1.5 will incorporate large doses of entertainment for the endgame, among other details such as those revealed in this image. The update will be completely free for Stardew Valley users on any of its platforms; i.e PC, Xbox One, Nintendo Switch, iOS, and Android.

In the past, the title was expanded with the novelty of being able to play both online and in cooperative local multiplayer mode, among other changes that expanded the map, added new characters, clothes, and crafting systems. The last major update of the game was published last November 2019. You can check here all the changes of version 1.4, the most recent for now.

Soon there will be a physical version for both Nintendo Switch and PC, the two platforms where it has been most successful internationally.