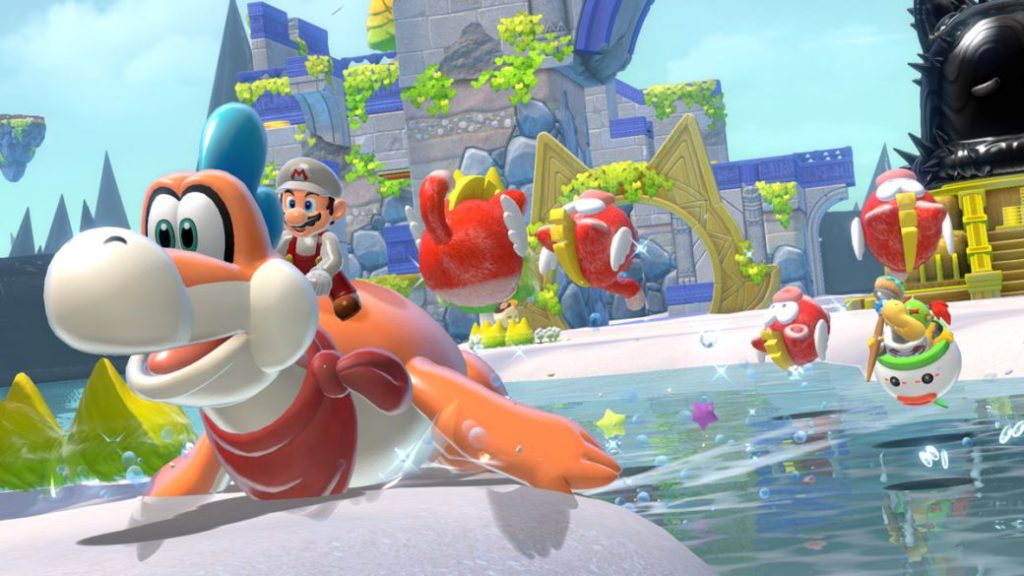 The Nintendo game, relaunched with the Bowser’s Fury expansion, is the great winner, although Persona 5 Strikers and Little Nightmares 2 also stand out.

Pandemic or not, Nintendo is nearing the close of a successful fiscal year. The health crisis has had its effects and has resulted in looser schedules than usual, but Animal Crossing broke all records and the Switch itself experienced remarkable growth. Now, in the middle of 2021, Super Mario 3D World is in charge of continuing to give joy to those in Kyoto. Despite its port status (improved and with added expansion, yes), the new delivery of the platform has made a great debut in markets such as the United Kingdom, Spain or, as we have just discovered now, the United States, where it has risen as February’s best-selling game – down from top to Call of Duty: Black Ops Cold War.

Call of Duty itself remains the leader when it comes to annual sales (that is, adding January), although Mario has already slipped into the second position despite accounting for just over two weeks and not including digital sales. Unfortunately, we do not have specific figures – they will probably be revealed by Nintendo since the end of the fiscal year, valid until March 31 – but this kind of start, coupled with the widespread success of the Wii U to Switch ports – games like Tropical Freeze or Pikmin 3 also achieved better sales in the hybrid than in their original platform — they suggest that the 5.86 million copies sold by Super Mario 3D World during the past generation will not be long in being surpassed. 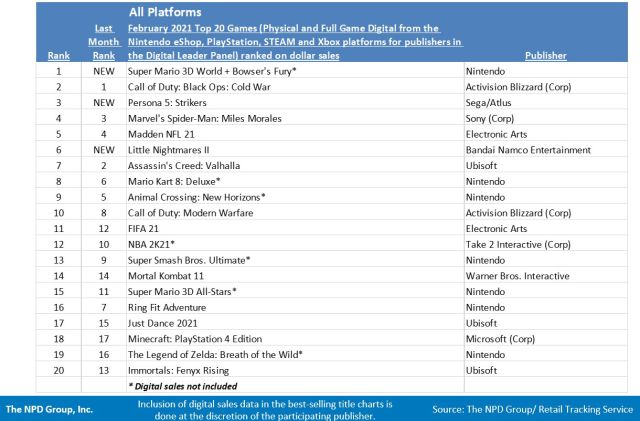 Of course, there is not only good news for Nintendo, since, as you can see on these same lines, two other recent releases have also managed to climb to the high zone: Persona 5 Strikers (top 3) and Little Nightmares II (top 6). The games from Atlus and Tarsier Studios met expectations in terms of quality and now it seems that the public is responding well to them.

Finally, we also leave you the annual list with January included in the calculation. 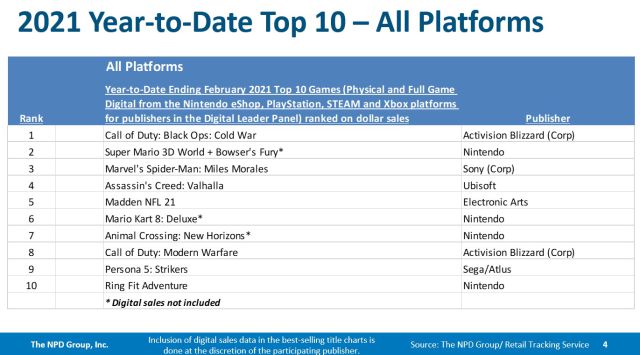