You are here: Home / News / All about Godfall: the PS5 cover? 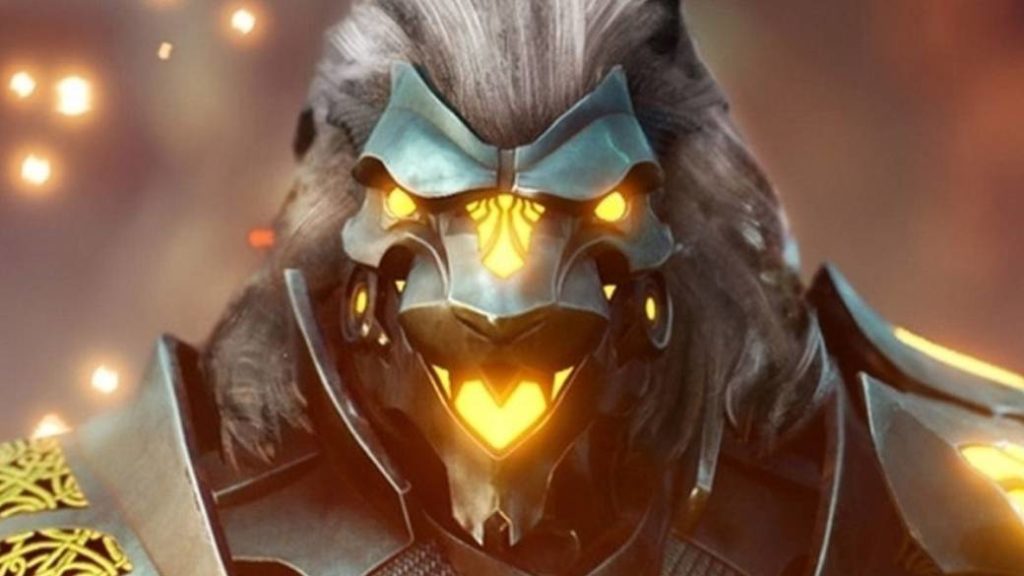 We review all the features of Godfall, one of the games that are going unnoticed among the PlayStation 5 launch catalog.

With the PS5 launch catalog already outlined and its reservations open –although it may be difficult to carry them out-, there are many names that stand out in it. It is mandatory to think, mainly, about the two great exclusives that will be available from the first day of the console, such as Spider-Man: Miles Morales and above all, the highly anticipated remake of Demon’s Souls, a game that went unnoticed in its original launch. in 2009, but which has gained fame for reasons known to all. We can also enjoy the return of an icon from the past generation with Sackboy: A Big Adventure or various multiplatforms such as NBA 2K21 or Marvel’s Avengers, the second improved, the first completely redone from scratch. However, we are going to talk about a title that is very covered and can come as a surprise like Resogun gave it at the beginning of this generation: Godfall.

It is normal that Godfall finds it difficult to raise expectations, not in vain is it the first great game in charge of a small studio based in California such as Counterplay Games, developing it under the umbrella of Gearbox in her role as editor. Before our main game, Counterplay launched Duelist in 2015, a card game that after a discreet but sufficient step on Kickstarter – just over $ 100,000 raised – was swallowed up by the greats of the genre, practically unattainable. After a period in beta in 2015 and the launch of its final version in 2016, it would end up closing its servers permanently in February of this year, due to the irremediable decrease in players. That said, creating a great action title with RPG elements to open a generation may seem too ambitious a challenge, but far from lowering expectations, those responsible have only raised them.

And they have done it basically by comparing Godfall with two titans in their respective genres such as Monster Hunter, Dark Souls and Destiny. From the first it inherits the great variety of its arsenal, while from the second it does so with its combat system, although this seems to be more visceral and less strategic than that of From Software’s work, less to expect the rival error and more to be aggressive, while it has a looting system, and there the comparison with the Bungie game. Regarding its plot premise, Godfall places us in a fantasy setting where its protagonist, as a member of the Order of Knights, must stop an event that will result in the end of the world, having recognized influences from great authors of science fiction such as Brandon Sanderson or Isaac Asimov, specifically his great work The Foundation. 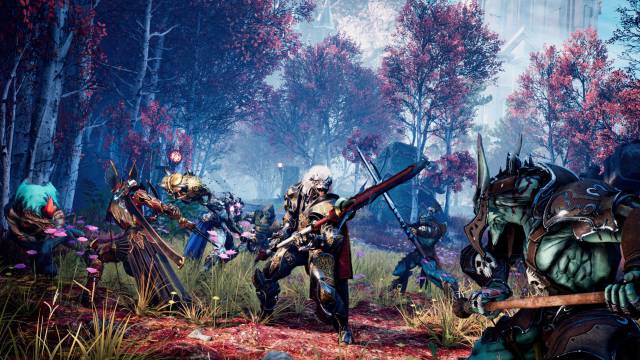 The character must belong to one of the three predetermined classes and then choose between the five main weapons: long sword, double blades, halberd, hammer and two-handed sword, the latter being slower and more devastating, while the blades inflict less damage but they provide more speed and agility to the character. However, and due to its looter status – which will not only be achieved by completing missions, but enemies will also drop -, it is advisable not to specialize too much in one or improve the corresponding skill tree, since it will be common to find a more powerful weapon than the one we carry at that time. There will also be defensive equipment such as shields, which can only be equipped if we accompany them with a one-handed weapon, obviously. They can be parries with them, but it is even possible to use them for offensive purposes with the Shield Strike movement, capable of stunning our opponent, or even launching it hitting several targets.

His looter aspect is also enshrined when equipping armor. This, as we are used to in the genre, is divided into several pieces, which can be obtained by defeating enemies, buying them from some vendors, completing missions or even crafting them, granting some special bonuses to the character. However, there will be a kind of legendary armor, which they have seen fit to call Valorplates, and which will undoubtedly be the most powerful in the game. 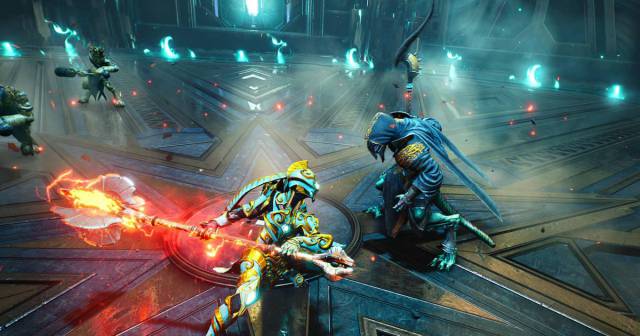 The basis of Godfall is the adventure for one player, but like the aforementioned Destiny, it will have cooperative mode for up to four players. Although since Counterplay they have not spoken at any time of comparing both in the sense of repetition of missions in pursuit of looting – also in the style of The Division or Diablo-, it is to be expected that it will continue in those directions. Games like Marvel’s Avengers have tried to continue that formula, although with mixed luck, and it is a challenge to offer variety when the way to get better loot is based on the repetition of scenarios, enemies, etc … If Godfall will fall into that error , quite common by the way, we will not know until well played a few hours and explore its endgame.

Godfall will not be far from the best game among all those that make up the PS5 launch catalog -it will also come to PC-, but it will be one of those games away from the big lights that will form a considerable wardrobe against what It must be the arrival of the most important titles of the console in 2021, such as the sequel to God of War or Horizon: Forbidden West.