You are here: Home / Among Us / Among Us! and other featured games with crossplay 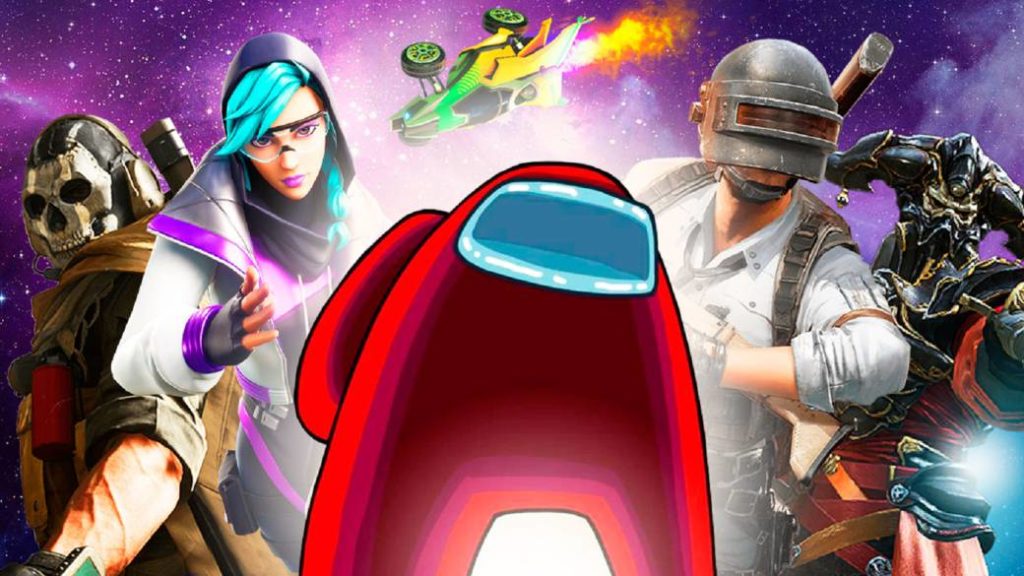 We review some of the video games that make use of cross-play between their different versions, titles such as Fortnite, Call of Duty: Warzone, Minecraft …

Implementing the cross-play option was not an easy task. The consoles, which are characterized by being more closed platforms than the PC, eluded this possibility for a while, especially PlayStation 4. Microsoft’s strategy, which was already aimed at opening its business to computers and other devices, facilitated that first opening . However, it took Sony longer to react. The wall was brought down by Fortnite, the success of Epic Games, a video game that was able to break through after winning the tug of war between companies. A few years later, titles like Call of Duty: Warzone, Rocket League, Final Fantasy XIV: A Realm Reborn or Brawlhalla have cross-play. Also Among Us !, the hit of the moment, which after almost two years without making a sound, has resurfaced with a bang.

Tim Sweeney, CEO of Epic Games, already warned at the beginning of 2018: “Video games have become social experiences like Facebook and Twitter. And these experiences only make sense if players can communicate and play with all their friends. Therefore, he opined, “Sony and Microsoft will have to open up to all their customers’ friends in real life. Otherwise they will be separating groups in real life. Children make friends at school and in the neighborhood, do companies hope to be able to separate them into two different groups and that they cannot play together? No, now is the time to bring them together ”.

The problem at that time was that the players of the different consoles could play together. In some titles there was already crossplay between PlayStation 4 and PC, but not with Xbox One users. Just a year after these statements, this chapter was finally closed. Currently, it is no longer only Fortnite that has enabled cross-play between console players. In addition, Apex Legends is preparing to do so this fall, also with Nintendo Switch. In this article we collect some of the titles that implement this option. 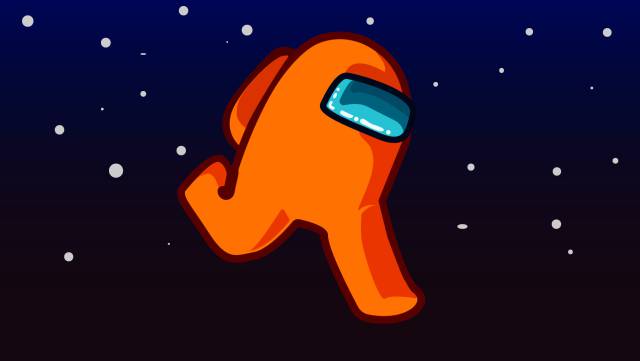 Traveling into space is not an easy task under normal circumstances, but it gets even more complicated if evil impostors sneak into the crew. In this multiplayer title developed by Innersloth, there are two different roles, each with a different objective. While the crew members are fine-tuning the ship, their duty is to discover who or who the saboteurs are in order to expel them before they commit the mission. The latter, on the other hand, must blend in with the team, go unnoticed for as long as possible and sabotage the systems. Imposters are not foolish, because another option is to take care of the crew in a lethal way.

Among Us! It is free-to-play on mobile devices, while on PC (Steam) it works as a paid game. That hasn’t stopped the title from having the long-awaited crossplay function. All in all, it is not a product prepared for the volume of players it is gathering, with a peak of more than one and a half million concurrent players. Faced with this situation, the developers have reacted with an announcement: the sequel is underway. The goal is to redesign the product to accommodate the current situation. According to the small study, it is easier to start from scratch than to try to adapt the current delivery to new needs. Among Us 2 will also allow the reinforcement of anti-cheat systems, one of the greatest challenges of online multiplayer video games. 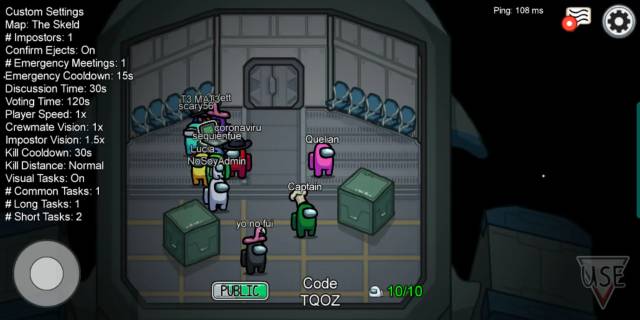 It was not the first battle royale, but it was the product that reaped the most overwhelming success, to the point that it has become a virtual space for holding concerts or for the presentation of movie trailers (as was the case with Tenet , the new film directed by Christopher Nolan). Its gameplay has been adapted to all major devices and we will see it soon on PlayStation 5 and Xbox Series X / S, also cross-play.

The title that was key to the opening of PlayStation 4 to cross-play is experiencing difficult moments. Not because of the title itself, which is still in good health, but because of the pulse that Epic Games maintains with Apple. After violating the conditions of use of the App Store, in an attempt to denounce the percentage of money that the apple company takes for ingame purchases, Tim Cook’s team decided to remove Fortnite from iOS and prevent the Unreal Engine from being update on that platform. The fight will continue in the courts, but at the moment the title has not returned to the Apple store and there are no signs that it will do so soon. It was also removed from Google Play, but it is still available in other stores and on the official Fortnite website. 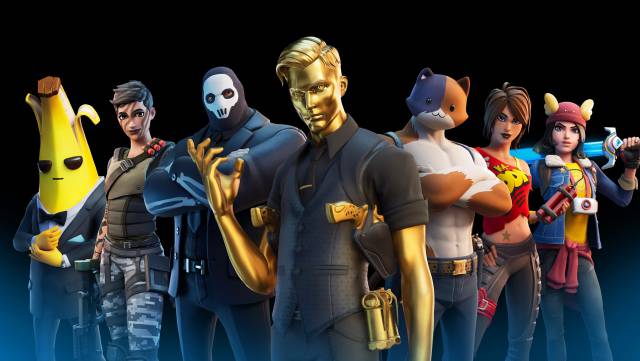 Player Unknown’s Battlegrounds, better known as PUBG, was a pioneer in the battle royale genre. In this case, the crossplay works only between PlayStation 4 and Xbox One. The reason that PC players play separately is that it is a product that requires a more technical type of control. Therefore, console users, when using the controller, would find themselves at a disadvantage compared to those who use a keyboard and mouse. Cross-play with PUBG Mobile, the version for iOS and Android, is also not active, since PUBG Corporation transferred it to mobile devices as an adapted and independent version (free-to-play).

It is precisely in the field of mobile phones where Player Unknown’s Battleground performs more brilliantly, at least economically. PUBG Mobile was the first battle royale to surpass $ 1 billion in revenue, largely thanks to its launch in China. In the third quarter of 2019 (from June to September), the game increased its collection by 652%, which resulted in revenues of about 496 million dollars in that same period. Almost nothing! 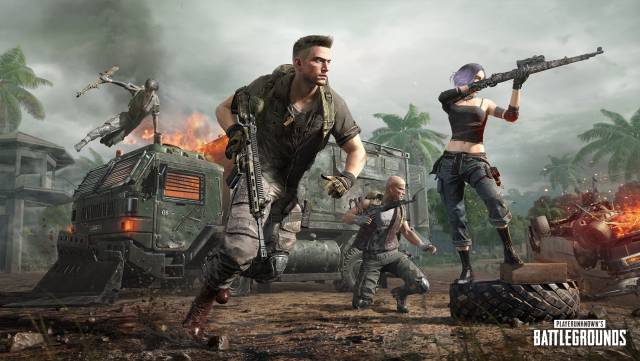 Call of Duty: Warzone (Xbox One, PS4 and PC)

Unlike Call of Duty: Black Ops IV, which was released with its standard battle royale mode (Call of Duty: Blackout), Activision and Infinity Ward outlined a different strategy with Call of Duty: Modern Warfare and Warzone. It took the Americans several months to launch this modality, which is actually an independent title that draws on content from the main title, yes, but it works under a free-to-play model. Both of them incorporate cross-play with all the platforms on which it is available, and although there have been problems with cheats (some console players have deactivated this function to avoid situations of this type), the study has taken measures to alleviate those setbacks.

Call of Duty: Warzone has been designed as a long-term project. That means that it will not disappear when the new main installment of the saga goes on sale on November 13, since it will adapt and evolve along with Call of Duty: Black Ops Cold War. This way, the game will not lose the player base it has already established. It is confirmed that it will also be published on PlayStation 5, Xbox Series X and Xbox Series S. 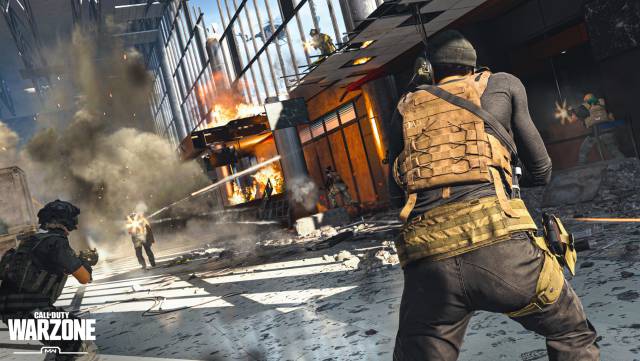 Markus Persson (aka ‘Notch’) built Minecraft as a standalone video game. When its success was certified, Mojang and the intellectual property were acquired by Microsoft. After the departure of ‘Notch’, the Xbox division took charge of managing the brand, which already had a vast player base. Therefore, they made the smart decision not to block the product on their platforms, especially when it was already extended on other consoles. The natural step was to ensure crossover play, but again, the roads met a very tall tower: Sony and its PlayStation 4.

Since 2017, Xbox One, PC, Android and iOS players have been playing together. Users of the Japanese machine, on the other hand, had to wait until the end of 2019 for that to be possible. The tower was shattered and finally the Minecraft characters on PS4 were able to build in the company of their friends from the rest of the platforms, within the huge open world of the video game. 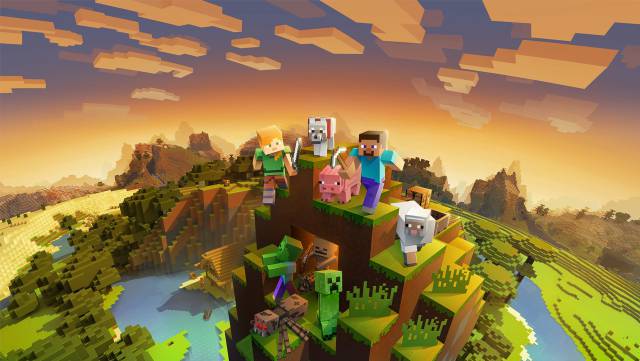 A combination of soccer and cars? That is basically the formula for Rocket League, a video game developed by Psyonix for consoles and PC. Its simple but fun style has conquered users all over the globe, who can now enjoy the experience together and regardless of the platform they play on. The latest to join the party was Nintendo Switch, in a version that came out later than the rest, just in time for the next phase of the game as a free-to-play title.

Epic Games acquired Psyonix in May 2019, although the video game is not yet available in the Fortnite creators store. The idea was to launch this free-to-play version in the summer, but as of today it still has no contract date. The same indication continues to appear on the Epic Game Store website, waiting for the launch to take place. In any case, cross-play between PC, PlayStation 4, Xbox One, and Nintendo Switch is guaranteed. It remains to be seen if Rocket League remains on Steam or ends up coming out to become a store exclusive. 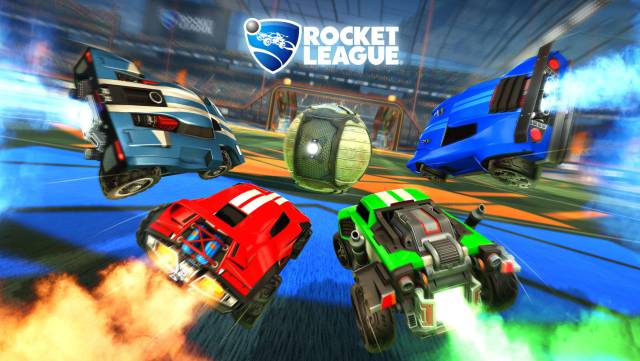 When Final Fantasy XIV came out in 2010, the disaster was impossible to hide. Square Enix was having difficulties with the production of Final Fantasy Versus XIII; the reception of Final Fantasy XIII had not been the expected between the followers of the saga either. In this context, the failed launch of the fourteenth installment caused all the alarms to go off. Fortunately, the right decisions were made, there was a change in management and the Japanese were able to relaunch the product a year later, now successfully. A Realm Reborn has managed to succeed as an MMORPG, it has received several expansions and there are still many contents planned for the next few years. Also, the current versions (PlayStation 4 and PC) have cross-play.

The game has not been released on Microsoft systems, although since Square Enix they do not close the doors at all. Project manager Naoki Yoshida has stated that he has been in discussions with Phil Spencer, head of the Xbox division, for a long time and on a regular basis. Those of Redmond, for their part, came to change internal rules to make this step possible in the future. The fantasy directed by Yoshida has the future assured: the head of the project has ensured that he will continue to be linked to him for the next few years.

Other games with crossplay