You are here: Home / Assassin's Creed Valhalla / Assassin’s Creed: Valhalla | Origins of the Order, myths and realities of the saga 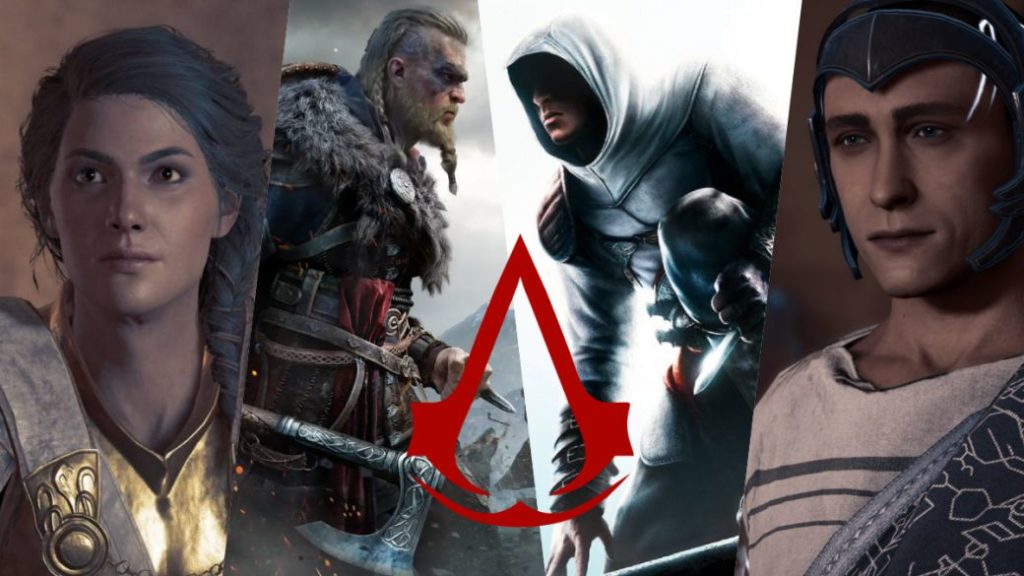 Ubisoft plays with different historical periods to create science fiction stories, infusing them through mythology and real and fictional characters.

Assassins and Templars, two antagonistic orders that nevertheless have much in common. In Ubisoft’s fiction, both brotherhoods were born in the ancient world, specifically in Egypt, although at different times and under different names. Chronicles say that the Order of the Ancients was founded by Pharaoh Semenjkara in 1334 BC; the germ of the Assassins, the Order of the Hidden, emerged more than a millennium later, in 47 BC. This is how they were still known when Eivor took up the battle ax to invade the English lands in Assassin’s Creed Valhalla, the most recent installment in the series. The search for the relics of the ancient gods is intertwined with classical mythology, to constitute a rich and complex totum revolutum.

Did the Order of the Assassins exist?

Jean de Joinville, a trusted person of the French King Louis XIV, spoke of a group belonging to a sinister order, whose members infiltrated the court and assassinated kings and other members of society. When “the old man of the mountain was riding out, he was preceded by a town crier who carried a Danish ax with a long silver-lined handle on which numerous knives had been attached. As he walked, the man continually shouted: ‘Get out of the way of the one who has the death of kings in his hands.’ Ubisoft relied on these assassins to build the brand’s lore, a cult that took on a legendary tone because they were feared by the most powerful men of that era. 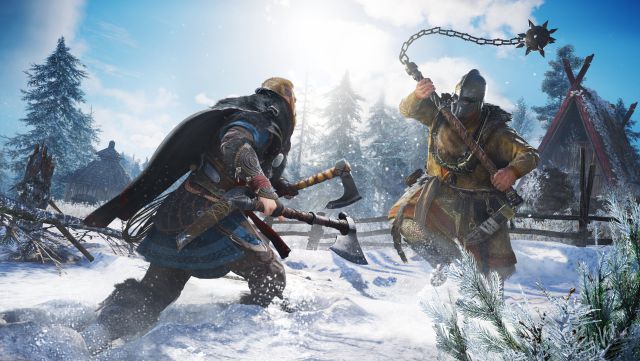 The book The Assassins: Legend and Historical Reality of the Secret Sect of Medieval Islam, written by W.B. Bartlett recounts that the Assassins actually lived in the strongholds of the mountains of Syria, from where they pounced on the enemy. “They were experts in the art of ingratiating themselves with their future victim and winning his favor. They could wait for months before attempting to carry out their mission, showing themselves as good friends during that time until the right moment came for the victim to let his guard down ”. In Assassin’s Creed, the protagonists are also masters of deception. They hide in the shadows to carry out their mission, which usually ends in murder. The classic games introduced numerous elements to play with stealth and get out of the most difficult situations, among which are inventions and ingenuities of all kinds.

The royal Hassassin arose in Iran, during the religious wars that faced the Christian world and Islam in the crusades. The date, according to the aforementioned book, is approximately the eleventh century. “Shortly after Muhammad, the great founding prophet of Islam, died in 632, a fierce civil war broke out, splitting the Muslim world into various factions. Several centuries later, one of these, that of the Shiites, would in turn fragment and a group known as the Ismailis would emerge ”. Over the years, new splits occurred, which ended up constituting a new group, the Nizaris, the heirs of the Assassins. 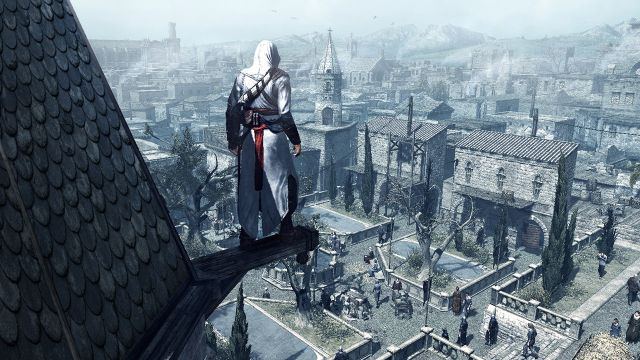 The defeat of the Hassassin

Their destiny changed forever due to the conflict with the Mongol Empire, a people who managed to defeat them, although not without effort. “When the Nasrids were confronted with the impossible Mongol tide, one of their castles would hold out against the inevitable for seventeen years, until it finally fell in 1270, or around that time. The fact that this siege continued for such a long period clearly shows the fear that this movement instilled among their enemies, who insisted for so long that the castle succumb. ” The destruction of the Hassassins was practically total, as they only survived in small communities. However, that perseverance, coupled with their reputation as professional assassins, mythologized their figure.

In the Ubisoft saga, both Templars and Assassins continue to exist in the contemporary world; in reality, the Order of the Temple disappeared after Pope Clement V suppressed it after a conspiracy concocted by the King of France, Philip the Fair. The sovereign, beset by debts, asked the Templars for a loan, but they refused. As a consequence, they were accused of sodomy and of making a pact with the devil, so the sentences to the stake occurred after looting all the goods of the order (which in part went, of course, to the pockets of the French monarch). The funny thing is that the Grand Master of the Templars uttered a kind of premonition before going up in flames. The last words of the Grand Master were addressed to the King and the Pope. He affirmed that due to the injustice that had been committed both would be accountable to God within a year. Clement V died after barely a month, and King Philip the Fair in the month of November of that same year ”, says the book Templars: From the origin of the crusades at the end of the Order of the Temple. 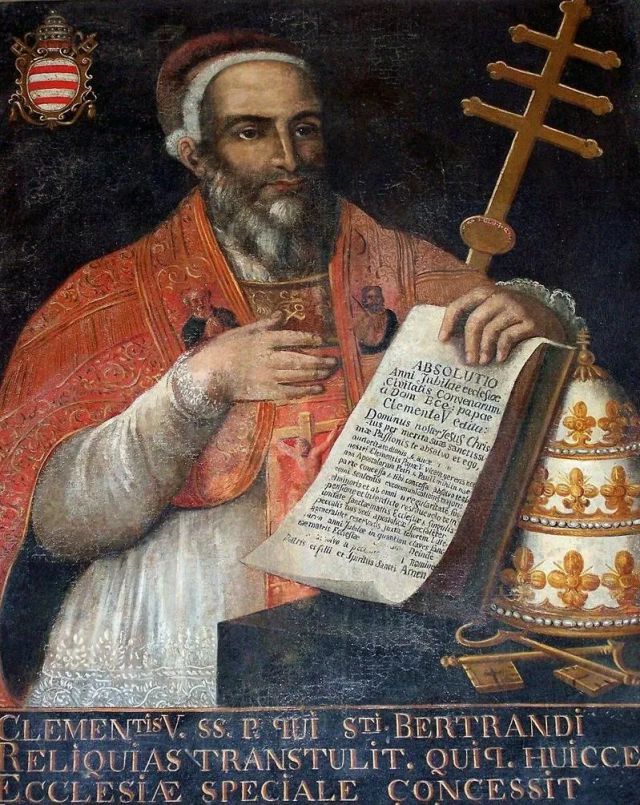 Do hassassins still exist today? If we imagine them as in Assassin’s Creed or as in medieval times, of course not. What remains is a Nizari religious current that can still be found in countries such as Syria, Yemen or Pakistan. They are about 15 million and are led by Imam Aga Khan.

Back in the past, it is interesting to analyze the influences that the first Assassin’s Creed drank from. After reviewing the history of the royal cult, you can understand why the Patrice Désilets team opted for that setting. Altaïr was a member of the Order of Assassins who lived in the 12th century, that is, at the time of the Third Crusade. Since the Hassassins were operating in those days, the developers took that truthful basis and introduced it into a science fiction title. Before we named the old man of the mountain, a historical character who does not appear directly in Assassin’s Creed. However, we know that Hassan-I Sabbah, who was actually called that, is listed in the (fictional AC) codices as the first mentor of the Syrian Assassins. He is credited with the phrase that has been used as the slogan of the Brotherhood in the video game: “Nothing is true, everything is allowed.”

The historical characters have been a crucial element in all the installments of the saga. Throughout all these years we have known Leonardo da Vinci, Pope Borgia, George Washington, King Louis XVI of France, Queen Victoria, Charles Dickens, Julius Caesar or the children of Ragnar Lothbrook, among many others. This helps to weave a story that mixes reality, science fiction and mythology, built on a lore of its own. 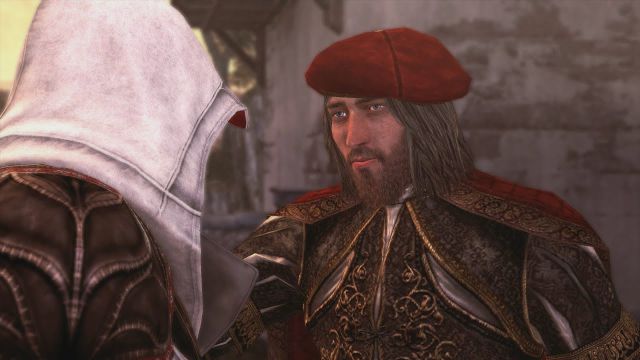 Before the Order of the Assassins and the Templars

With Assassin’s Creed Origins, Ubisoft opened the doors to a new playable formula. Being set in a time before the very founding of the Order of Assassins, some of the classic mechanics disappeared. Something similar happened with Odyssey, as the narrative is placed chronologically before the adventure starring Bayek de Siwa. Instead, Assassin’s Creed Valhalla takes these elements of yesteryear back and integrates them into the new RPG mechanics. That is why social secrecy, one of the great forgotten, has returned in this installment, like the hidden leaf.

It is interesting the way in which Ubisoft has portrayed the Viking people. Many of the classic themes of Viking fantasy are present. They are formidable and fierce warriors, they storm Christian monasteries without any blush and do not hesitate to act if it means getting closer to their final goal: to die in battle to reach Valhalla. Eivor, the main character, maintains a struggle inside, a duality that marks all his steps. On the one hand, you want personal glory to get closer to the gods; on the other, as the leader of the Raven Clan, he signs a commitment to the rest of his people. They trust him to lead them and to establish a permanent and lasting settlement in England. It is not possible to achieve both goals with war alone, hence Ubisoft has introduced diplomacy. Eivor negotiates with other parties, partners with Christians, and does whatever it takes to complete its task. As a character, he stands in stark contrast to Ivarr The Boneless, a man who only lives for battle and who disdains diplomacy.

In an interview with FreeGameTips, the producer of Assassin’s Creed Valhalla, Julien Laferriere, recalls that the god Loki is the deity of deception, so that the Vikings also used tricks that had nothing to do with the hatchet. Hence, the social secrecy formula fits well in this setting:. “Social secrecy was designed taking into account how you evolve within the country, in a context in which people are hostile towards you. The hood and the masses become a tool, so you are not easily recognizable, ”he says. 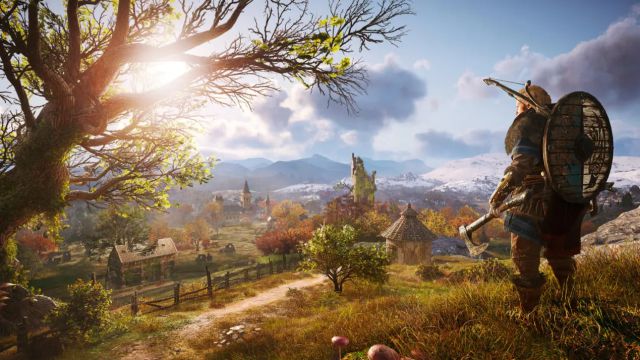 Do gods exist in Assassin’s Creed?

In Assassin’s Creed, especially in the most recent installments, the gods and mythology have gained relevance. But do the gods exist in the universe of the saga? The answer is negative. In the second installment, Ezio Auditore asks Minerva a question: “Are you gods?” And he responds: “No, we are not gods, we just arrived earlier.” The First Civilization, also known as Homo sapiens divinus or isu, was an advanced race that possessed 6 senses instead of the 5 of humans. They were the ones who created people, although they ended up turning against their creators. Not even the Apple of Eden, built to control them, prevented the extinction of this powerful race. The beginning of the end began when Adam and Eve stole the Apple of Eden, an action that sparked a war between the so-called gods and the beings they themselves had created. Decimated after the battle, they finally disappeared from the world, although some beings of mixed blood still walk among men.

The gods, after all, ended up being social constructs that arose from the inability of the human being to understand: “Various myths use different names, but all of them refer to figures of the Isu civilization. For example, Juno was referred to as Uni by some peoples and Hera by others. Minerva was later named Mera and Merva. Jupiter was also called Tino “, reads The Codex. Then there were some humans of mixed blood, heirs of the Isu and with special powers. His legacy continued to develop with the advancement of humanity.