You are here: Home / Dungeon Keeper / At the controls of the villain 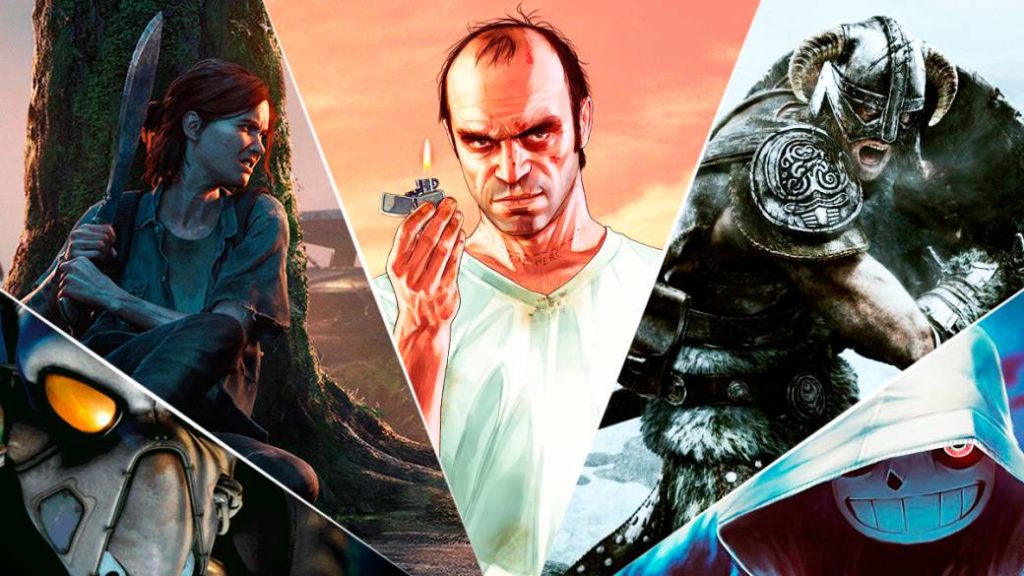 Putting yourself in the role of the bad guy is attractive at times, and even an exercise in reflection.

The good guys and villains in a story vary depending on who tells it. This is one of the most basic narrative principles when making a story, applied to both our life experience and fiction. This opens up a range of possibilities not only for creativity, but also for one’s relationship with a medium. As spectators, we are conditioned to side with the protagonist and support his cause. Sometimes, we access different perspectives that complement a set, such as The Witcher, Game of Thrones or Dragon Age, grimdark works in which we meet different gray moral characters, forged by their circumstances.

When we enter an escapist plane, we activate the suspension of disbelief to accept that everything they tell us is true, and likewise we enter into the pact to empathize with the main character even if his values ​​are weak. The essay Psychology of Fear (Guillermo Fauce) explores how mystery, mythology and curiosity establish the basis for us to decide to side with the villain. Even being aware that we sympathize with despicable beings that we would not tolerate on the real plane, we are able to enjoy a narrative that perverts the hero-protagonist binomial. In the case of digital entertainment, empathy is created through the active role of the player, whose actions affect the development of the game itself. Today at FreeGameTips we talk about the times we have played like the bad guys, and how this role has affected our gaming experience.

NOTE: Due to the nature of this report, it contains spoilers for The Last of Us Part II, Soleil, Braid, Shadow of the Colossus and Undertale.

Plot twist: the villain is you

Art from The Last of Us Part II. Is it just revenge?

Sometimes being the villain is part of a plot twist that makes us uncomfortable with our past actions, a narrative topic that TV Tropes defines as “You will be a bastard!”: “This works wonders in video games, in which murder and robbery are acceptable means of moving forward, and they do not have moral consequences. If done right, it can make the reader / viewer / player reflect, and invite them to take a pause to consider the ethical implications of what they previously valued as fun. It can prompt them to examine their motivations and those of the alleged hero. ”

This type of revelation usually occurs at the end of the game, although we have been provided clues throughout the game. The Last of Us Part II started a heated debate in the media for exploiting this narrative in a peculiar way, in which it forced the player to play the role of Abby, who was presented as the villain in Ellie’s story. Joel’s questionable decision to save his foster daughter and condemn humanity lays the groundwork for a second installment in which he is killed for revenge. This starts a spiral of violence in which two sides want their retribution, while the player has already chosen his favorite from the first game. Eva Cid, in her essay Ours and Others, explores how otherness removes a player who had grown attached to the original protagonists: “The part of Abby is uncomfortable because during a game and a half we have positioned ourselves on a side that, rubbing base, we assume as our own and then launch ourselves to the other side without prior notice and, also, at the controls of a person who has taken someone we love. Abby’s part is uncomfortable because it teaches us that the enemies we have just mutilated and killed do not come from a respawn, from that meaningless limbo whose sole purpose is to generate moving targets. The ‘enemies’, past the equator of adventure, are people who live in a community, with schools, canteens and markets. People with their own stories, families and particular hallmarks. The part of Abby is uncomfortable because it is difficult for us to give up familiarity, to abandon the margins of what is known and assumed as our own to delve into realities that are not ours ”. 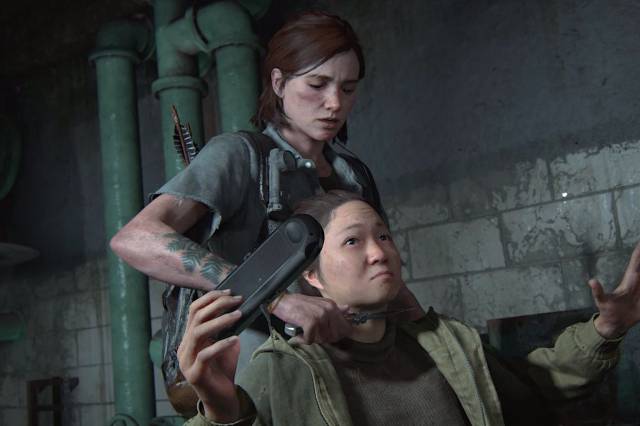 Ellie in The Last of Us Part II during her path of revenge.

The perversion of heroic fantasy

Of course, The Last of Us Part II is not the only title that slaps the player making him see that his violence is reprehensible. Soleil was already dismantling the precepts of classic heroic fantasy by subverting the values ​​associated with heroes and villains. Our protagonist Corona launches the crusade against the invading monsters of Earth. During his journey, he receives the curious curse of losing his ability to communicate with humans; However, it can be understood with the rest of living beings. Thanks to this, he manages to meet the monsters and see that they are creatures with their own concerns that only sought a peaceful coexistence.

Shadow of the Colossus also challenges the precepts of heroic fantasy with a narrative that features Wander as a hero moved by love. His beloved has been sacrificed to prevent the fulfillment of a cursed prophecy, and the young man goes in search of the god Dormin to resurrect it. The divinity entrusts him with a complicated feat: to kill sixteen colossi scattered throughout the Forbidden Land. What seems like a heroic epic reminiscent of the myth of David and Goliath – a fragile boy faces a gigantic enemy – ends up leading to a condemned outcome, where the innocent boy is used by the evil deity to regain his former power. Throughout the game, the player receives clues about the nature of their mission: the colossi are peaceful creatures, which only attack us when we invade their territory. In AmbiGaming Corner, in addition, they analyze how music also anticipates the triumph of evil: “The music that sounds at the end of each battle is not the triumphant sound of a job well done, as we see in Final Fantasy, Legend of Zelda and more games with victory song against a final boss. After killing each colossus, the music becomes soft, contemplative and melancholic. 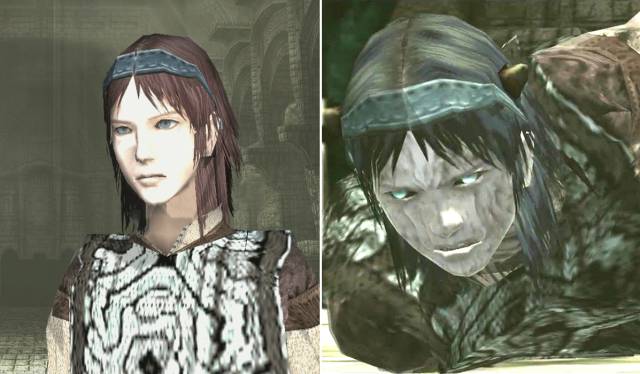 Wander’s Corruption in Shadow of the Colossus

Braid also deconstructs the conventionalisms of heroic fantasy while turning the tables on a topic widely used in classic video games: the damsel in distress. The protagonist, Tim, goes to the rescue of a princess who has apparently been kidnapped by a horrible and evil monster. The regression in time, the main mechanics of the game, is what provides us with the key to what is actually happening: it is we who have been chasing the princess, who tries to flee at all costs while activating traps in the hope of stop us. The supposed monster, in Tim’s head, is the knight who helps her escape, while the player learns that the real monster is the same protagonist. Also, the books of the epilogue provide us with clues about the true nature of our “hero”, creator of the atomic bomb and repentant for having devised such an instrument of death. In one of the books, we also find a nod to the mythical quote by Kenneth Bainbridge: “Now we are all sons of bitches”, pronounced after the trial of the first nuclear bomb.

Undertale invites the player to complete the game with different routes, one of them being the “genocidal”, that is, the massacre against every creature we meet along the way. This mechanic overturned the traditional role-playing game rule, which compensates the player for deaths caused by experience points. In the Ethics at Play in Undertale: Rhetoric, Identity And Deconstruction (Fréderic Seraphine) essay, the emotional impact that different routes have on the player is evaluated. In the case of the genocidal route, many of the enemies flee from the player himself and, although the combat sequence is activated, no one appears to fight against us, which causes a feeling of dismay that reveals one of the greatest attractions of a role-playing video game: “Immersion is created thanks to the encounter with an imaginary and populated world. This depopulation deprives us of this immersion and takes us out of the experience of the game (Seraphine, 2016) while we look at an empty circle (Huizinga, 1949, 77) that forces us to reflect. In addition, the game’s distorted and distorted outcome only emphasize the unease of the achievements of this route. With slowed-down and barely recognizable songs, depopulation, and the game system itself devoid of its goal, the genocidal route is a differentiating experience based on eradicating all the attractions of the game to create an aesthetic of guilt and regret. ” 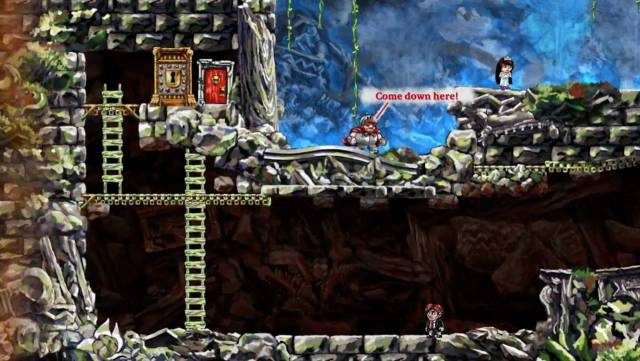 The last level of Braid

The pleasure of doing evil

In a different perspective, we also find titles in which we act as villains, being aware of it from the first moment and without the game inviting us to ethical reflection. Here, we put ourselves in the shoes of an openly perverse being, honest with his evil intentions and of whom we are complicit from the first moment. This time, doing evil can be a devilishly fun experience.

From comedy, we find titles like Overlord, Dungeon Keeper or Dungeons, in which we play the role of a dark lord whose mission is to strengthen his evil empire and crush the paladins of goodness. In a more sarcastic tone, at Grand Theft Auto we play a series of gangsters involved in illegal activities. Nor can we forget God of War, saga in which Kratos acts as a tragic hero who sets out on a spiral of revenge that ends up taking the destruction of the known world. 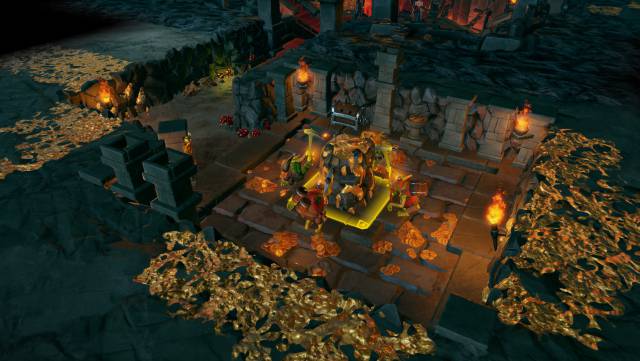 At Dungeons III, we manage our dungeon as lords of evil.

In The Gamer, Helen Ashcroft performs an essay on the pleasure of enjoying being the villain: “The best incentive of video games is that our actions are free of consequences. In video games, we can explore a lot of decisions without suffering consequences in real life. Thus, we explore our dark side without harming anyone. Much of the escapism of video games involves representing a virtual avatar that is the opposite of us. With no real consequences, we can make choices that we would not translate into real life. ” In addition, the author explores virtual violence as a liberating and catharchic experience: “When life is made uphill, getting involved in shots can be very enjoyable. There is no need to think or feel; Watching things explode around us can be satisfying. Video games that launch us against hordes of zombies are very successful in this, and that is that attacking zombies provides us with a certain moral disconnect. After all, zombies are a threat, and killing them is an act of pity, right? ”

However, Ashcroft brings out the limits of doing evil and that is that, although we can indulge in the gratuitous violence of running over passers-by while being pursued by the police, there are certain taboos that mark a debate on what is lawful to include in a work and not. One of the most obvious examples is the inclusion of children in titles that allow the slaughter of all non-playable characters. Skyrim or Fallout 3 prevent infanticide, although in Fallout 2 it is possible to earn a deplorable reputation as “slaughter”. However, in the aforementioned titles it is possible to progress through despicable acts such as enslavement or cannibalism. However, freedom of action is, finally, the one that sets the limits. After all, part of the magic of digital entertainment is falling into sins that horrify us in analog life. 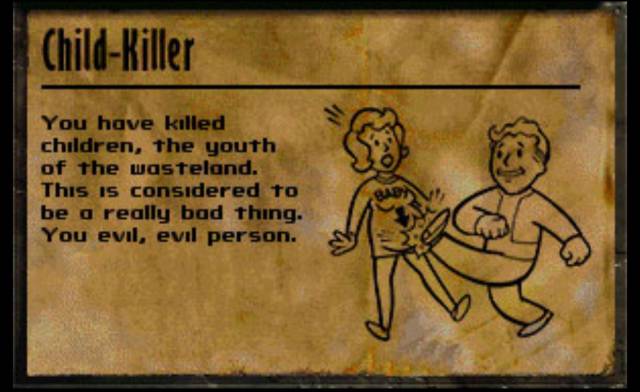 Reputation as “kills” in Fallout 2 is one of the most negative. 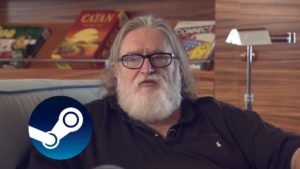