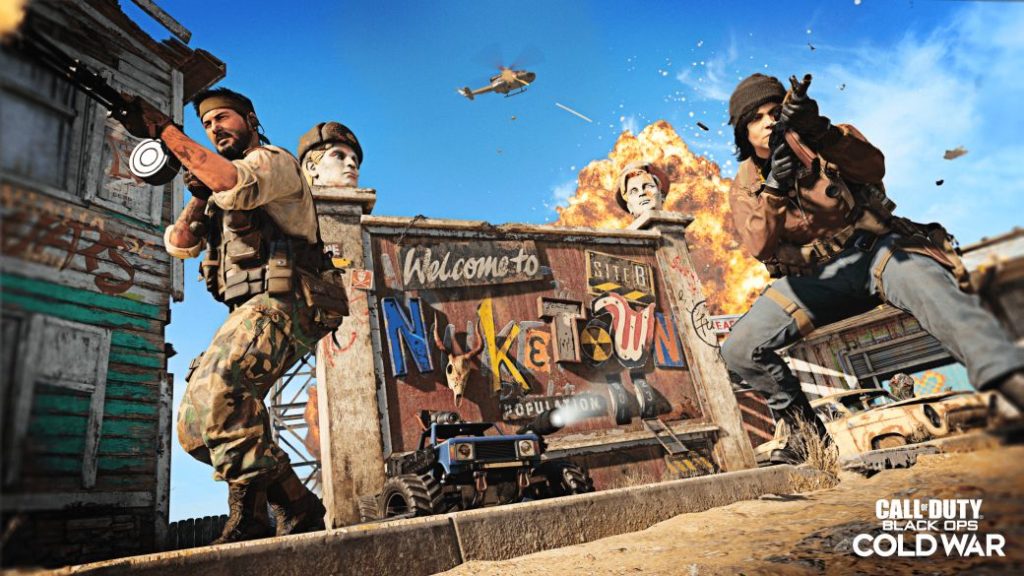 Treayrch presents the first trailer for Nuketown ’84, the new version of the classic map. It will come to Black Ops Cold War at no additional cost on November 24.

Call of Duty: Black Ops Cold War will add Nuketown ’84 completely free on November 24th. The classic of the saga returns one more year with important visual novelties, extracted from the social movement of the mid-80s.

As we can see in its first trailer, there is little left of the gleaming Nuketown of the first Black Ops. We find ourselves in a neglected neighborhood, full of graffiti and figures calling for peace in the face of the nuclear conflict. The pair of buses in the center remain immovable, as do the vehicles on either side of the map. And yes, they can continue to explode despite their ramshackle appearance.

You can watch the trailer below:

The introduction of the map will be the previous step to the start of the first season of Black Ops Cold War. The published content calendar prepares the ground for next December 10. From that day on, we can expect the arrival of new weapons, multiplayer game modes and maps, new experiences for zombie mode, operators and more.

Despite the lack of specificity, we know that the 2 on 2 shooting, already seen in Modern Warfare, will also reach the Treyarch game. Thanks to the unification with Call of Duty: Warzone, the battle royale will receive an unpublished form of game so far, although no details have been revealed. What we do know are the changes in the progression system, which you can find out through this link.

Call of Duty: Black Ops Cold War is available now on PS5, Xbox Series X | S, PS4, Xbox One, and PC. In FreeGameTips we have told you everything you need to succeed in multiplayer. You can take a look at the secrets and recommended tips with our detailed guide. And if you’ve been wanting more in the campaign, learn how to unlock alternate endings.