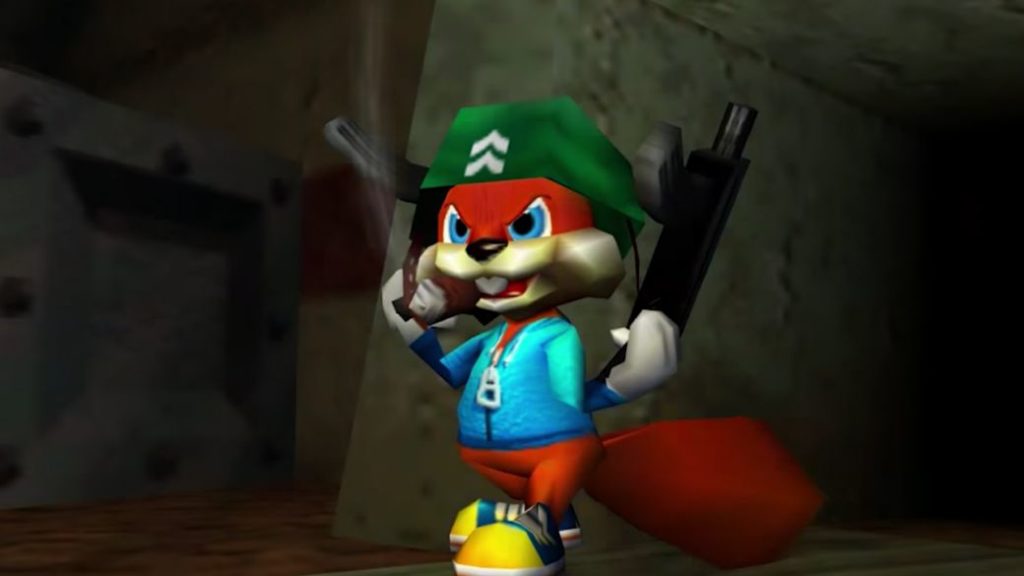 The controversial Nintendo 64 game was released in March 2001, although it did not officially arrive in Spain until 2015 by Rare Replay.

It’s a shame that Bad Fur Day is 20 and not 18 years old, since it prevents us from making the typical joke about the legal age to drink alcohol. Of course, on March 5, 2001 – the American release date – Rare’s squirrel was already up to his eyebrows with beer, so we were actually twice as late. Surely many of you already know that the game was going to be a fairly traditional 3D platform for Nintendo 64, to follow in the wake of classics like Super Mario 64 or Banjo-Kazooie, but the primitive Conker’s Quest (or Twelve Tales: Conker 64 depending on the date) he did not surprise at events and they decided to completely change their approach.

It was a successful strategy considering that the British company would also end up launching Donkey Kong 64 and a direct sequel to Banjo on the same console, games that were highly celebrated at their launch, but that decades later live in the shadow of their predecessors. Bad Fur Day, on the other hand, remains unique two decades later. In his incessant need to transgress the mechanical and tonal conventions of the genre, Conker lost access to the children’s audience, to the more open structure of other collectathons, to the wide repertoire of actions that allowed for rich and expressive movement. A crude and linear game, where many sections introduced temporary mechanics to later forget about them, but also a memorable one, ahead of its time in terms of variety and rhythm. 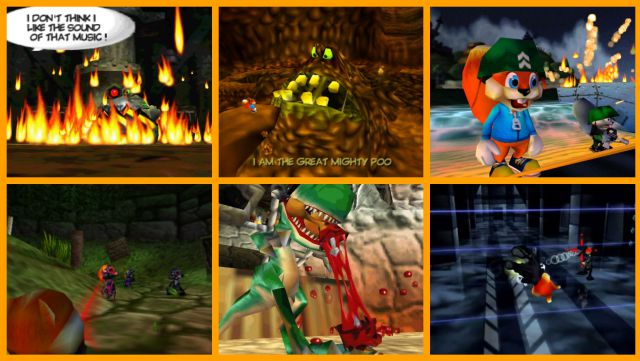 His excursion through chapters inspired by movies like Terminator, Dracula, Saving Private Ryan, The Matrix, or Alien didn’t always come hand in hand with the greatest of playable refinements, but it was a reasonable compromise to take 180-degree turns time and time again. to the setting, the combat, the design of the bosses or the nature of the objectives. There is a saying that goes “who covers a lot, little squeezes” and, although it applies partially to this case, Bad Fur Day was capable of curdling a constantly delusional and unpredictable adventure.

For British eyes only

Of course Nintendo was not so on board with the idea, or at least it didn’t see itself selling a game with foul language, war imagery (how to forget Nazi teddy bears), vomiting, tons of blood and other gleefully displayed guts. It was too radical a break with his family image, for all audiences. If anyone present has not played it, it is worth remembering that one of the mechanics was to get Conker drunk and then, slowly and clumsily, approach enemies and urinate on them. So it’s understandable, but also unfortunate, because it left Rare in the position of having to distribute the game on its own, and as a result it didn’t reach all territories. 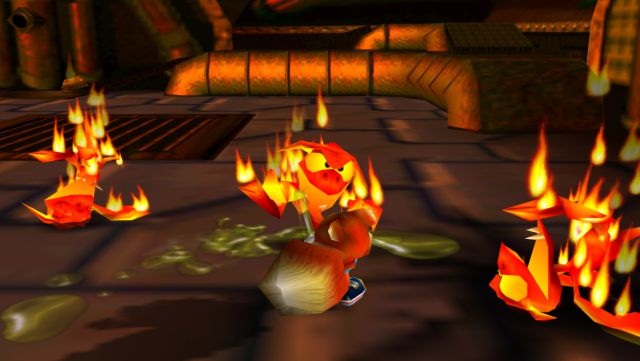 In America, the game was promoted – although not much – and distributed by Rare itself, but it was left without a Japanese release and in Europe it was limited to the United Kingdom, where it was distributed by THQ a month later (April 2001). PAL compatibility allowed many to import and play it on their Spanish consoles, although it was far from a success comparable to other Nintendo 64 games. Between the limited run and the imminence of the new generation, Bad Fur Day went relatively unnoticed despite the controversy, revaluing and reaching stratospheric prices in the following years.

Waiting for the return of the king

Fortunately, it was far from being forgotten, and after Microsoft’s purchase of Rare, one of the first projects was precisely a remake called Live & Reloaded. Released on the first Xbox in 2005, the new version rebuilt the entire adventure with a much more advanced graphics engine and included online multiplayer. Although, curiously, the new hyperrealism did not quite convince all fans (Conker’s facial animations, for example, were less exaggerated), and it was also somewhat affected by censorship, which is why the Nintendo 64 version followed maintaining a special aura and was chosen a decade later to be part of the Rare Replay compilation. 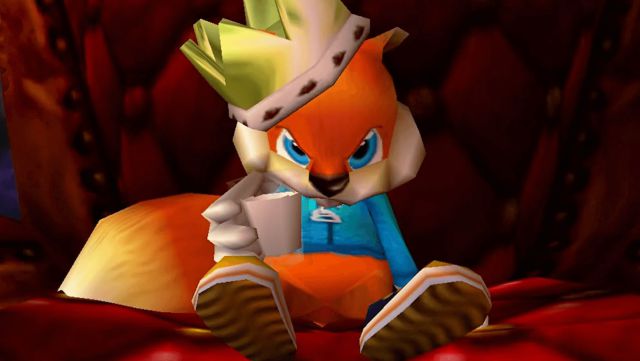 Today, unfortunately, Conker’s story ends there. Well, not exactly, since around the time of Rare Replay he also made a prominent appearance on Project Spark. However, using her image in the editor created some unease among those hoping for a full-fledged sequel. That, coupled with the limited success of Project Spark itself as such, resulted in the cancellation of an episodic campaign – only the first chapter was released. Since then, the most hooligan squirrel in video games is still waiting for a new opportunity and, although Rare has remembered her for the anniversary, at the moment there is no future plan on the table …

20 years ago today, a certain saucy squirrel woke up hungover and shuffled himself and his colorful cast of associates into the hearts of many (and probably stole their aspirin, too). Congrats on the milestone, old chap. Once you hit 21 you can legally have a pint in America. pic.twitter.com/nALf9zdvUe