You are here: Home / News / Cyberpunk 2077: this is Pacifica, the tourist district that became a violent epicenter 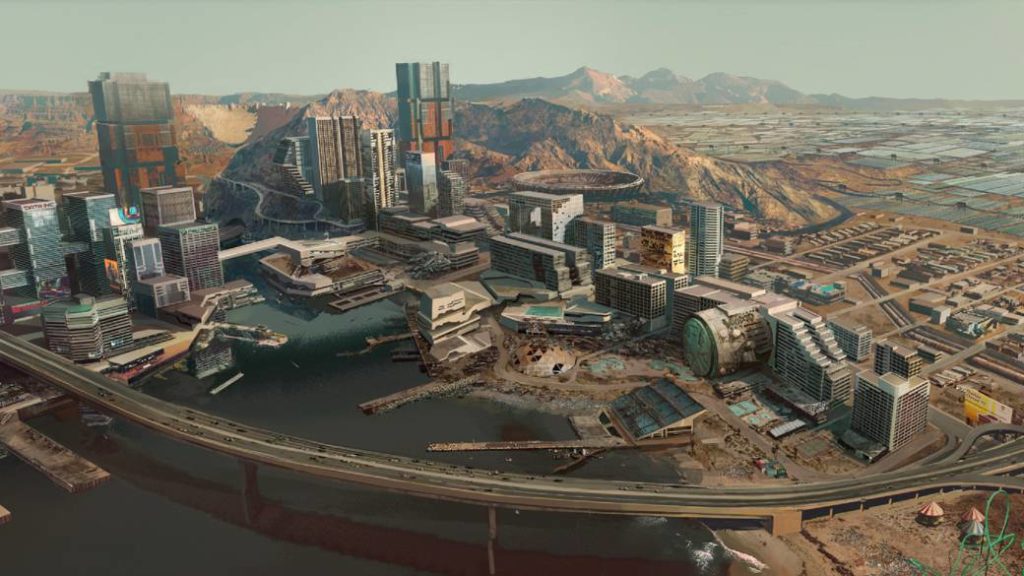 CD Projekt RED shows another area of ​​Night City, a neighborhood destined for enjoyment that changed joy for dispossession.

Everyone has the right to a vacation, to spread out in the hammock or to spend a few days of fun with friends or family. But when leisure takes place in Night City, pleasures can be disgraced in seconds. CD Projekt RED, the study behind Cyberpunk 2077, has shown another one of the districts of the city where the action takes place. It is about Pacifica, which, far from being peaceful, is a nucleus of active violence.

“Pacifica could have been the vacation spot in Night City” that worked like a money machine, begins the description posted on the video game’s official Twitter account. “However, once the investment was cut,” the area was abandoned and at the mercy of the criminals. “The district is full of gangs and violence, with the Voodoo Boys protecting the community abandoned by the NCPD.” The tweet is accompanied by a series of conceptual arts from the district, which you can see below.

Pacifica could’ve been Night City’s money-making vacation resort, but once the investment dried up it became a husk left to rot. Now, instead of tourists, the district is overrun by gangs and violence, with The Voodoo Boys protecting the community forsaken by NCPD. #ConceptArt pic.twitter.com/3gjoKzHJvE

Only one weapon at a time

Walking through the Pacifica district without being prepared can culminate in an unexpected knife strike or a wayward shot skewered in the stomach. Therefore, the one who ventures through these alleys will do well to defend himself properly. Of course, you won’t be able to do it with one weapon in each hand, since CD Projekt RED has officially confirmed that players won’t be able to use two weapons at the same time.

Cyberpunk 2077 already has a release date: it will be next November 19 when Night City comes to life on Xbox One, PlayStation 4 and PC. The version of Google Stadia will come later and the Xbox Series X and PlayStation 5 will do the same when the consoles are released, later this year.