You are here: Home / News / Death Stranding will receive its own themed tower for PC 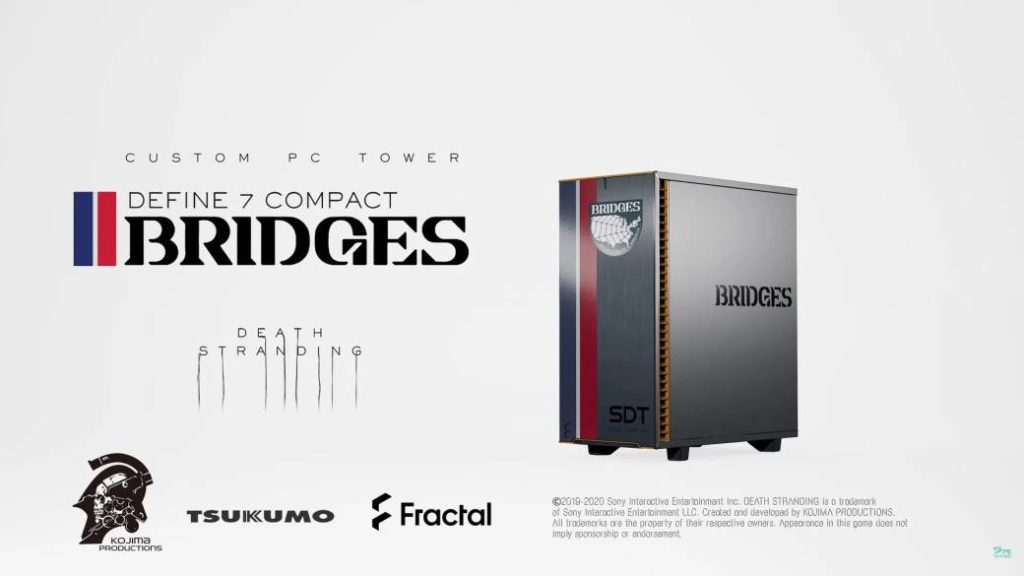 The work directed and written by Hideo Kojima, which was released in the summer on compatible, now has its own design on PC.

A tower of Bridges for your PC? That is precisely what the Japanese company Tsukomo offers, which will market a Death Stranding themed tower. This is a collaboration with Kojima Productions, so it is an official product. The part has been conceived as a limited model of the Define 7 Compact, an item manufactured by Fractal. As you can see in the video (below these lines), the design is inspired by one of the companies that operates in the world consumed by the most recent Hideo Kojima title.

On the front you can read “Bridges: United States of America”, while there are also inscriptions like “SDT” or “Special Delivery Team”. Beyond the custom design and colors, there are no more visible changes from the original product. No price has been announced yet, but according to DualShockers, everything seems to indicate that it can be purchased through the official website.

Bridges is a fictitious company that is dedicated to shipping merchandise from one place to another. It can also be taken as a kind of metaphor, since building bridges (bridge in English) and collaborating with other players is part of the core concept of the video game. In this production, Sam Porter Bridges is in charge of taking all those packages to their recipients. As much as at first glance it may seem like a normal and everyday job, transporting these goods allows the different locations to be connected so that the protagonist can fight against Death Stranding, an evil that threatens the extinction of all living creatures on Earth.

Death Stranding went on sale in November 2019 for PlayStation 4 and was released on PC months later. Kojima Productions, for its part, is already outlining its next project, although the details are not yet known. The Japanese developer became an independent studio after leaving Konami.