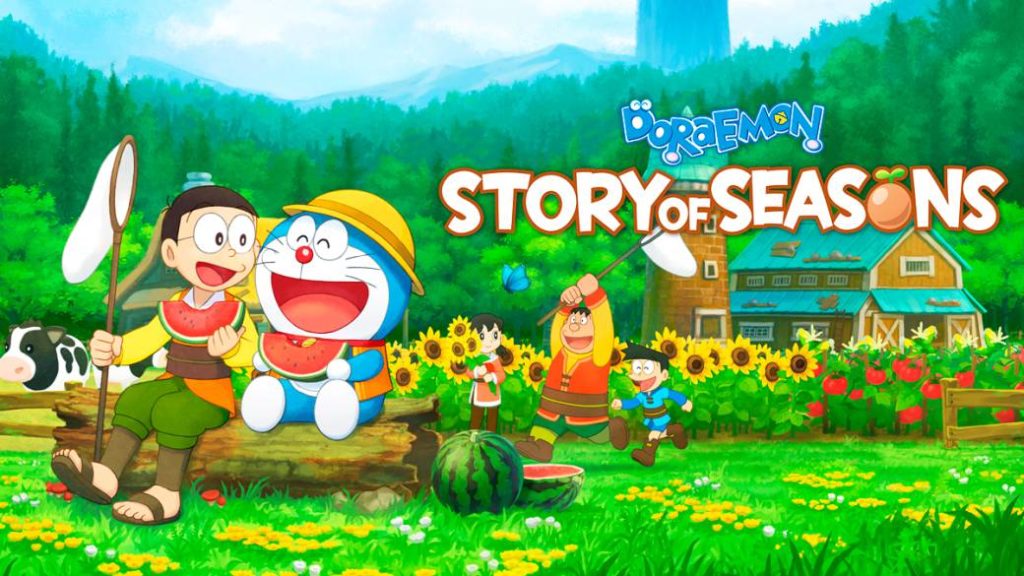 We review the new version of the agrarian life simulator, which comes with some new features to PlayStation 4 and keeping all its freshness.

To speak of Doraemon is to make it of a cultural phenomenon not only in Japan but throughout the world. It is their icon, an emblem used in a thousand ways in commercial products that go beyond comics and anime. Fujiko Fujio’s work has been broadcast for decades, also in Spain, and when we learned that a license like Story of Seasons (what we used to know as Harvest Moon) was going to embrace this name with all its characters, we fans received it with the open arms. After its passage through PC and Nintendo Switch, it is time to check how is the PlayStation 4 version of Doraemon: Story of Seasons.

During these last weeks we have dedicated several dozen hours to return to Natura, the territory where this particular adventure takes us. On paper, what could go wrong? If you like titles like Stardew Valley, Animal Crossing or those already mentioned and, to make matters worse, you sympathize with Doraemon even minimally, this formula works. And so it is, it works. Because everything feels familiar, and at the end of the day, you realize that this precious art style would work perfectly even without these characters. That says well about the game, that despite having many limitations with respect to the mother saga and lack of daring, it presents enough incentives and additions to be able to be visited every day at least for a short period of time. It is always waiting for you, it does not overwhelm you, it rewards you and has magic. 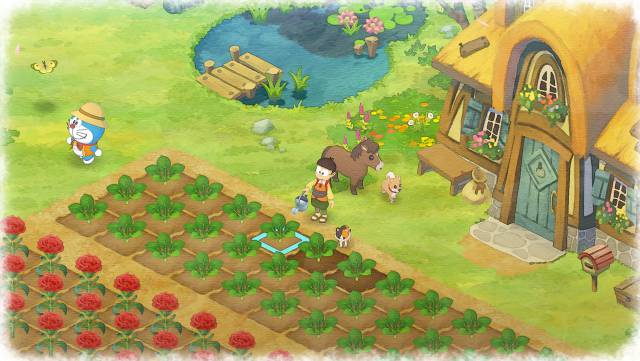 To give us a quick idea, we will put ourselves in Nobita’s shoes, that one day the farm will be found in ruins. Faced with this heartbreaking scenario, we will have to recover the life that characterized this place together with Doraemon, Shizuka, Gigante and Suneo while we live adventures and get used to a life based on agriculture and livestock, in which nature always has something to give you with the only condition that you offer them care.

For us the experience has been different this time from when we played on Nintendo Switch because, unlike a year ago, this time we have had no choice but to play on television. And we do not say it as something necessarily bad, far from it, but we must bear in mind that that versatility is lost in a video game that lends itself to short games. For the rest, the images speak for themselves: it looks spectacular. The qualifiers are over to define such an expressive and striking title in almost every corner, with visual nuances that seem to be drawn in watercolor and that react to any impact of light. That contemplative power of Doraemon: Story of Seasons also serves to camouflage the shortcomings of the title, which tends them, since we insist it is not as complete – nor does it pretend – as other installments of the series, especially those from years ago that so well has learned the independent scene. 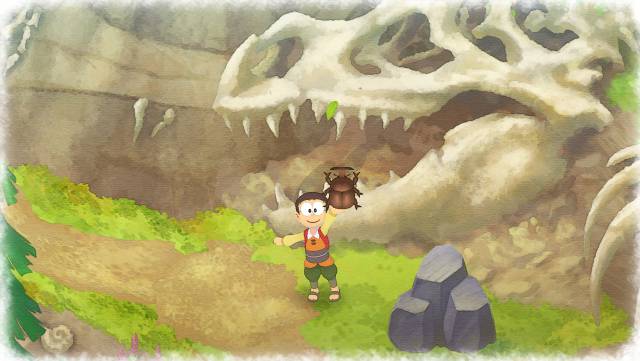 That does not prevent certain values ​​and identity signs from being respected: it is still a Story of Seasons. The customization of the farm is considerable. Despite being somewhat heavy in the first hours due to a constant effort to explain things over and over again, when they let us be free, everything begins to flow with the speed we would like. The crops grow, the inhabitants add in quantity and the parallel stories begin to resonate in our list of activities. All this added to the possibility of raising animals, essential in the agrarian task due to the resources they offer us; or the construction of furniture, limited but very easy to use for the smallest of the home.

This last aspect is not trivial. Doraemon: Story of Seasons is declared childish because it seeks to eliminate the barriers that others like Stardew Valley can pose to those less familiar with the genre or to those children and cousins ​​who face a title of this kind for the first time. Is it a good front door? Absolutely. In fact, it goes without saying that it is a good video game because it seems to be designed to make things as easy as possible. There are things that do not change: we get up at six in the morning and go to bed when it gets dark, with all the farming and livestock tasks that we can do in the process; from planting seeds, watering, mowing or removing weeds. If you don’t like this kind of thing, this title isn’t going to change your mind. If, on the contrary, you end up seeing yourself hooked on proposals like this, this work is no less. 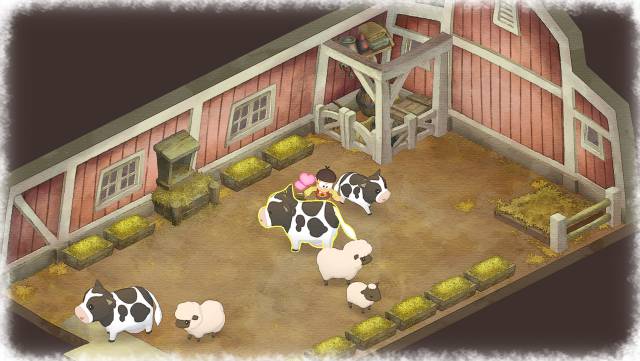 There is a fundamental element in farm management video games that Doraemon: Story of Seasons partially fulfills: the progression system. It would have been useless if they gave you all the tools from the beginning, because that way you will not be able to appreciate the value of achieving each improvement. In addition, it is appreciated that they have decided not to do without the already established mining system. Visiting other territories to find materials is always very satisfying because of the power of surprise, of uncertainty. The problem is that the process is slower than expected and what other competitors have accustomed us: it takes a long time to improve those tools. To understand each other, it requires a lot of grinding. 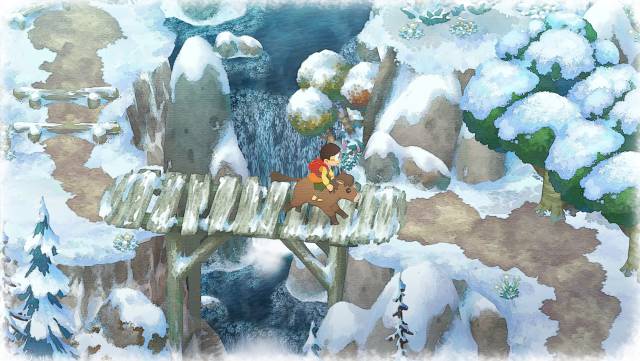 Little by little it ends up compensating as soon as we unlock the Door to Anywhere, another way of referring to fast travel, as well as other quality of life details that we already talked about in the original Reviews. To highlight, the Rain Cloud, to irrigate several crops at the same time. The localization is excellent, by the way, and the performance is identical to that of the PC version; It improves in nuances to what we saw last year on Nintendo Switch, although this does not mean that it manages to reduce the annoying loading times of some sections. In spite of everything, it is a pity that Doraemon: Story of Seasons does not dare to be excellent, that it does not even try to reflect itself in the myriad of possibilities offered by others without forgoing simplicity in its initial barrier. 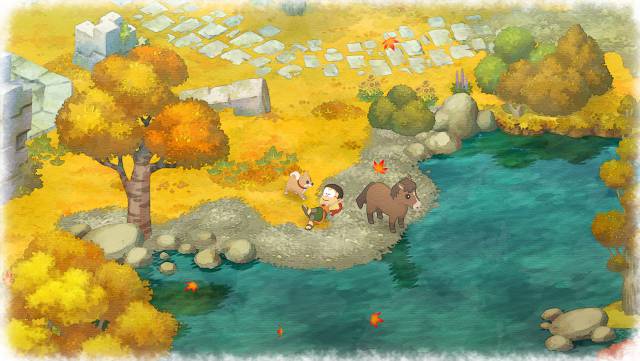 Doraemon: Story of Seasons comes to PlayStation 4 maintaining the identity of the series and without presenting news regarding what was seen on PC and Nintendo Switch: a port that leaves nothing on the way and that looks spectacular on a television. Perfect for those less initiated in the genre or for families with children who adore this character and like to enjoy an agrarian life; but limited in options, slow in the progress of the tools and with a history that completely wastes the license in hand. Remarkable, but with the margin of having been much more.