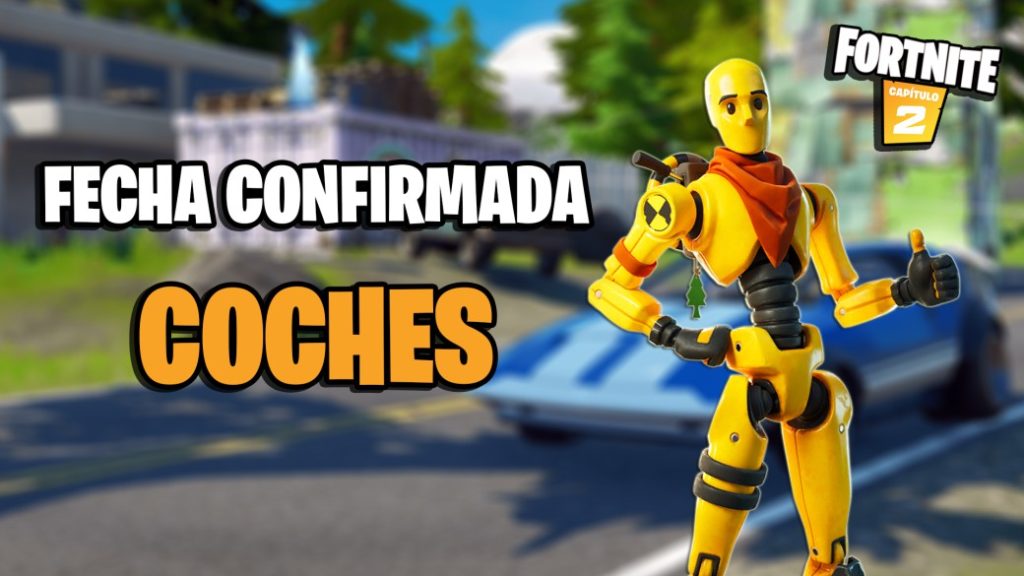 Epic Games confirms the arrival date of the cars at Fortnite Battle Royale. After a few weeks of delay, these vehicles finally arrive at Fortnite.

On August 3, 2020, Epic Games announced on their social networks when the cars would arrive at Fortnite, whose launch was delayed a few weeks compared to the planned initial date. In the end, these new ground vehicles will arrive with patch 13.40, belonging to Season 3 of the Fortnite Battle Pass Chapter 2. Below we give you all the information of interest:

It is not just a name. It is a warning.

Experience the new update and let’s go for a walk on 5.8.2020 # FortniteJoyRide pic.twitter.com/UsCKwP6lOd

When do the cars arrive at Fortnite?

Patch 13.40 will arrive in Fortnite Battle Royale on Wednesday, August 5, 2020, and, as announced by Epìc Games – and except for late delays or unforeseen events – it will bring the cars with it. The code name for this patch is “JoyRide”.

The official name for patch 13.40 is JoyRide. In fact, they use the hashtag #FortniteJoyRide in the tweet above. # FortniteChapter2

The cars were scheduled to arrive at Fortnite with patch 13.30, since with it, all the cars on the island that were part of the stage disappeared, we understand that so that the players do not get confused between those who can drive and the not. This further resulted in the fact that collecting metal has been somewhat more complex since then, as cars were a reliable source of this building material. However, Epic Games decided to delay its release indefinitely, we understand that it was not sufficiently well tested.

Second teaser of the cars, which will arrive on Wednesday, August 5. #Fortnite https://t.co/cpVEwqGv7S

We remind you that this is all we know about cars: they will be divided into four categories: truck, big car, medium car and small car. They will need gasoline to be able to move; We can find this new resource at the gas stations that are all over the island.

Each of these types of vehicles has the following attributes:

In addition, within these four families of land vehicles, there will be various subtypes, which are the following:

When they are available within the game, we will give you all the information related to them.