You are here: Home / Android / Fortnite receives a radio station from Rocket League 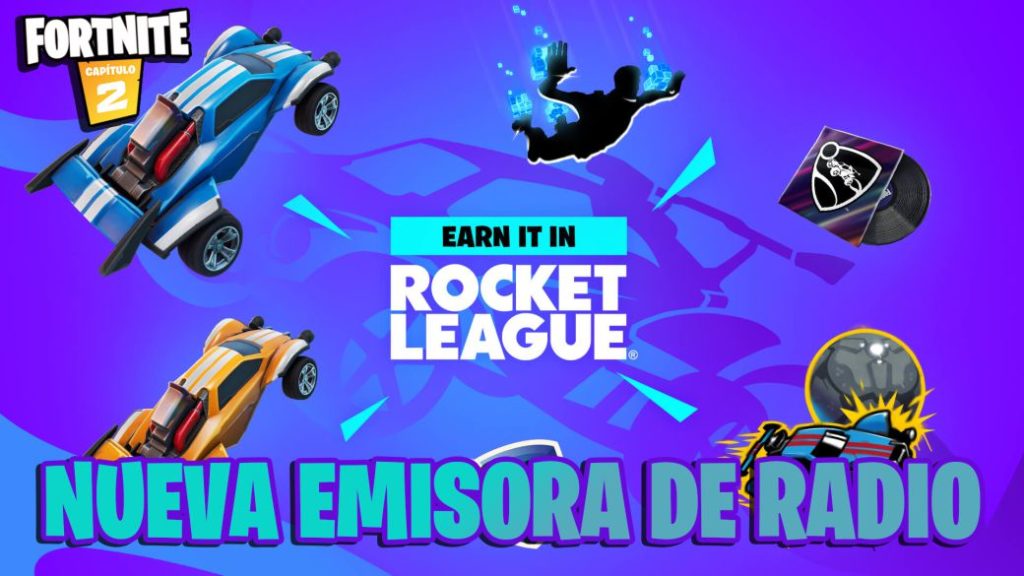 Fortnite Battle Royale continues to collaborate with Rocket League; the Epic Games title receives a radio station with music from the soccer game and cars.

On Tuesday, January 26, 2021, Fortnite unexpectedly received a new radio station for its vehicles. This station is Rocket League Radio and, as its name suggests, we can listen to music from Rocket League, the popular title of Psionyx. We leave you with everything we know about this novelty of Season 5 of the Battle Pass of Fortnite Chapter 2 below:

Fortnite: this is the new station Rocket League Radio

As is the case with the rest of Fortnite Battle Royale radio stations, we can activate it if we enter any car or truck, and press the corresponding button or key for the radio. Once this is done, we simply have to change the station until we find it.

As its name suggests and, as we have commented at the beginning of the news, on this station we will be able to listen to Rocket League songs, such as the Flip Reset song.

This station consists of about an hour of Rocket League music, and you can listen to it in its entirety here, including the speaker’s comments in Spanish. Although, yes, as we explained in the tweet, you will need to use the Google Chrome browser, and install an extension that reads M3U8.

Here you can listen to all the music from Rocket League Radio, which replaces the old Radio Yond3r. You need an extension for Google Chrome for an M3U8 player. Https://t.co/HF4HgSRe5K#Fortnite # FortniteSeason5

This radio station replaces Radio Yond3r; At the time we write this news, it is impossible to access it, although we do not know if this replacement is temporary or if, on the contrary, it is a permanent change in Fortnite.

In this way, Fortnite and Rocket League continue to collaborate; Last September 2020 they had a collaboration event called Llama-Rama in which we were able to obtain objects from one title in the other; both the Epic Games and Psionyx video games received challenges that allowed us to win rewards of all kinds.