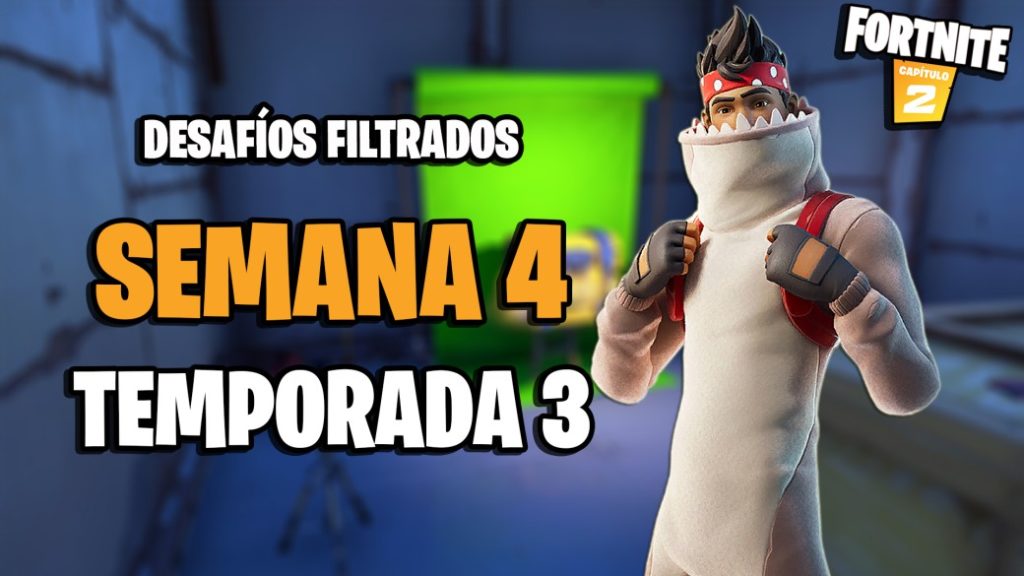 We tell you what are the leaked challenges of Week 4 of Season 3 of the Fortnite Battle Pass Chapter 2. Challenges and rewards.

The challenges of Week 4 of Season 3 of the Fortnite Battle Pass Chapter 2 will be activated on Thursday, July 9 at 3:00 p.m. CEST. However, as always, we have been able to access them using datamining tools and techniques. Here we tell you what each Fortnite challenge is in this batch:

Data for Fortnite Chapter 2 Season 3 Week 4 challenges were added to the game via patch 13.20. According to this file, these would be this week’s challenges: 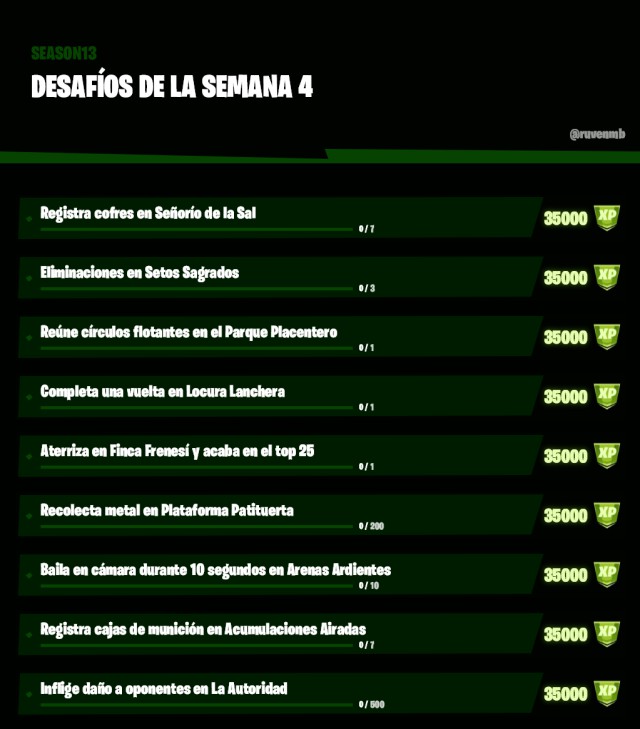 Leaked challenges from Week 4 of Season 3

We suspect, from what happened during Week 3, that perhaps not all of these challenges are active on Thursday, July 9, but only the first seven. For some reason, among the list of challenges that would correspond to those of the previous week, there were eight in total, although in the end only the first seven were published. This time we have a list of nine, so we have reason to think that the same thing will happen as last week, since Fortnite’s weekly challenges have always remained consistent during the same season in terms of their number. In any case, you will have a complete guide to each and every one of these challenges when they are active in the game, on Thursday, July 9, 2020 at 3:00 p.m. CEST.