You are here: Home / News / Godfall details the content and price of its special editions; new trailer 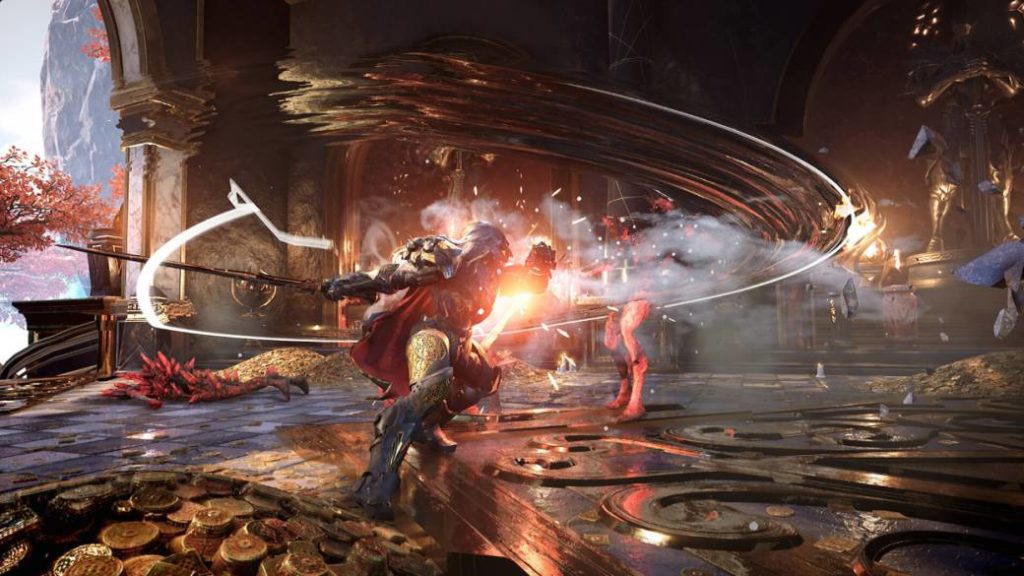 Godfall will have two alternative editions to the standard copy. They will include various cosmetic elements and their first expansion, scheduled in 2021.

Counterplay Games details what will be the special editions that will accompany the launch of Godfall at the end of the year on PS5 and PC. The title published by Gearbox Publishing will have two alternative formats to the standard copy.

The Deluxe Edition will allow you to access the first planned expansion during its post-launch period. Details of what it will add to the original formula are unknown, except that it will arrive sometime next year. You can buy it at a price of 79.99 euros through the Epic Games Store.

On the other hand, the Ascended Edition includes the previously discussed expansion and an assortment of cosmetic items for your armor:

This edition costs 89.99 euros. Regardless of which edition you select, pre-ordering gives you digital bonuses for your game: a Starter Item Pack (Augments, Charm, and Ring), a Chrome Skin Pack for the three Starter Armors, a Yellow Skin for Typhon, and the Sword of Zero, one of the main faces of the Borderlands franchise.

So far only the prices of Godfall have transcended in PC format. Recall that its launch is scheduled for the end of 2020 on the compatible platform and PS5. In the previous paragraph you can take a look at his new trailer, which this time is focused on combat. See how these armors behave in action, captured straight from the next-gen version of PlayStation.

In fact, Sony will dedicate a new event to PS5 next September 16 at 22:00 CEST, where we will know their launch games and new details of the games from PlayStation Studios and partner companies in development.