You are here: Home / News / Hyper Scape will be released on PS4 and Xbox One in summer 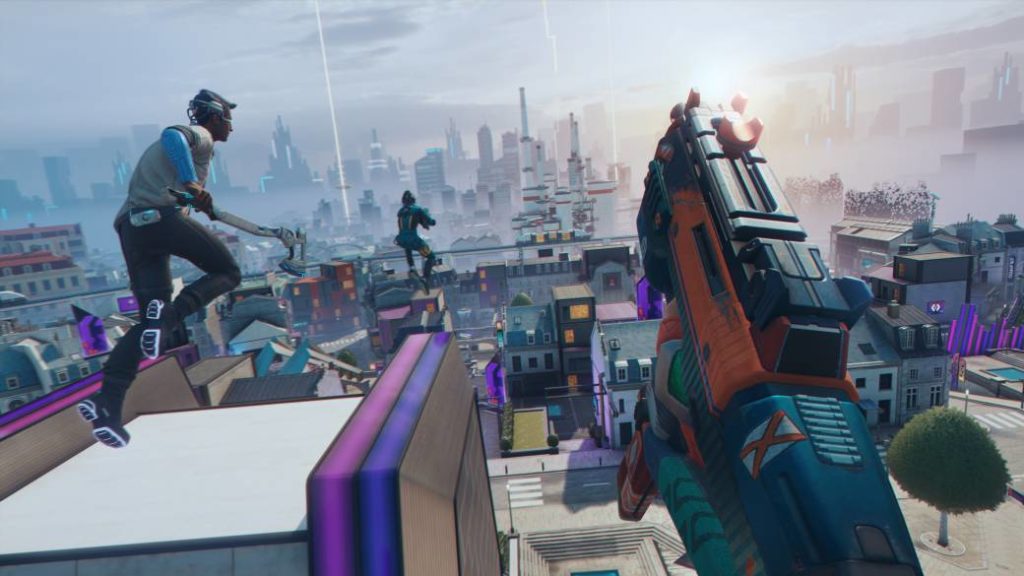 Ubisoft’s battle royale has entered the open beta phase on PC, while console players will have to wait a bit longer.

Ubisoft has fully launched the battle royale genre with Hyper Scape, a new video game that has gone through a closed beta phase on PC (now open) and will also be released on consoles. Shortly after Ubisoft Forward, the event that replaces the company’s conference at E3 2020 (canceled due to the coronavirus), the launch window has been posted on Twitter on PS4 and Xbox One. It will be in the summer of 2020 when gamers console can join the game.

In the same tweet, the French confirm rewards for all those who watch Twitch streams during the open beta period on PC (with the Twich extension activated). Battle Pass items will be unlocked and will be operational when the product is released on Sony and Microsoft systems. The war is about to start!

The game will be coming to PS4 and XB1 this summer.
If you watch Twitch streams during PC Open Beta with the Twitch extension, you’ll unlock the items in the Battle Pass. Unlocked rewards will be on your account when we launch console this summer.

This fps developed by Ubisoft Montreal has just announced its open beta. Of course, it is limited to the PC version, because as we said, the game will not arrive on consoles for a while. And regarding the test that was done before, the content will be expanded with up to four game modes: Crown Rush Squad, which will bring together up to three players per patrol, Crown Rush Solo, Hack Runner and Turbo Mode. It is also reported that there will be a new weapon, the Harpy, as well as an unpublished hack, shockwave.

As we have posted on FreeGameTips, the first free battle pass will be 30 minutes long and will be activated in the in-game store. All advancements made in the open beta will carry over into the final game, consistent with other products from Ubisoft itself.

Hyper Scape works under the free-to-play model and will be available on PS4, Xbox One and PC.