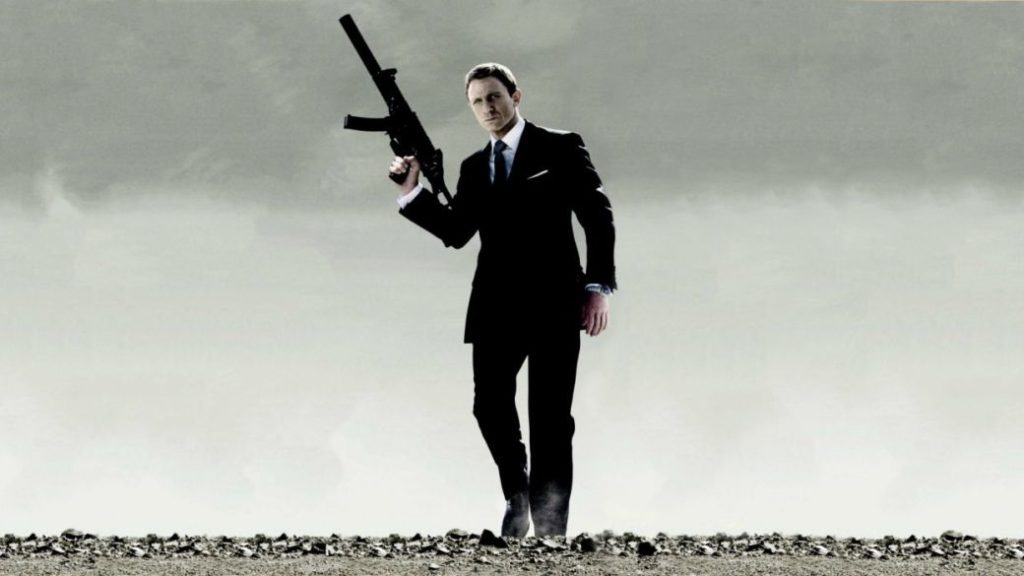 We look back to remember the video games starring James Bond in his most recent stage, one dominated by irregularity.

The trajectory of one of the most popular secret agents in the history of cinema has not been much less fruitful in video games, since except for sparks of genius like Rare’s Goldeneye 007, it has been marked by irregularity. In fact, their rights have passed through a multitude of companies, from Nintendo to Activision, through Electronic Arts, now they will be IO Interactive, known for being the creators of Hitman, those in charge of returning the success to James Bond almost coinciding with the end of the Daniel Craig’s stage in the film saga.

There is no doubt about the ability of the Danish study, knowing its curriculum in the stealth and espionage genre, but they will not have it far from easy, since the last 15 years of James Bond on consoles and PC are not governed by irregularity mentioned. In fact, it’s mediocrity that has surrounded the James Bond game catalog since EA abandoned the license, only interrupted by, curiously, a remake of Goldeneye for Wii developed by a studio with little background. Let’s remember below what they have to trace in IO Interactive

From Russia without much love

During the stage of the license in the hands of Electronic Arts we could see a good variety of deliveries, some based on the films of the moment, starring then by Pierce Brosnan – Tomorrow never dies, The world is not enough – as well as the classics. In fact, the last sleight of hand from the great Canadian publisher was From Russia with Love, a film whose protagonist was the recently deceased Sean Connery, and being already a title that hinted at the near future of Bond, not too benevelonte. From EA it was even planned to launch the game based on the first movie with Daniel Craig, Casino Royale, although it would end up canceled as it could not arrive in time for the premiere of the film. 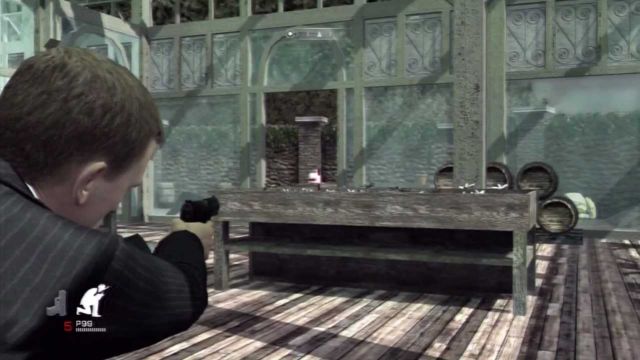 Activision would take over the license in 2006, launching the first video game based on it in 2008, on the occasion of the premiere of the second film with the British actor, Quantum of Solace. This was developed by none other than Treyarch, who then had a history of almost ten years in the industry, and although they did not have any outstanding success then, they would later triumph thanks to the Black Ops subsaga of Call of Duty. Some of the words chosen to describe it in the analyzes at the time were “passable” or “decent”, something that based on a game of the caliber of Call of Duty: Modern Warfare, released just a year earlier, you know without a doubt. by little. It was not without action, how could it be otherwise, but it was clear that stealth was not something that was much distilled at Activision at that time, since it was undoubtedly a very little used aspect.

Who could say that the best James Bond game of the last 15 years would come from the creators of Dead Space Extraction … But yes, and it is really this spin off of the long-awaited Visceral Games saga, a shooter on rails for Taking advantage of the Wii’s motion control turned out to be, surprisingly, a good game. A small but veteran English studio, Eurocom, with experience in the Agent 007 saga since the early 90s, was able to successfully carry out the difficult and compromising task of creating a remake of one of the great games of that decade as is Goldeneye 007, still considered one of the great milestones in the first person shooter genre. At the time Rare was a guarantee of quality, and after demonstrating it with the platforms -Donkey Kong Country-, the beat em up -Battletoads- or even the fight -Killer Instinct-, they did not stop doing it with one of the emerging genres on console and whose almost exclusive territory was the PC.

And with all the challenge of remaking a game that could well be considered legendary, at Eurocom they were brave enough to reimagine Goldeneye in their own way. In this way, they modernized the classic by introducing Craig in the title role instead of Brosnan, also implementing more contemporary aspects such as weapons or gadgets, in addition to the setting, moving us from the Cold War of the original story to the beginnings of the 90, time of the breakup of the Soviet Union. Playable, it turned out to be a remarkable title as well, with various types of control thanks to the peculiarities of the controller of the successful Nintendo console and with a fun campaign, with an interesting but short narrative and with a technical section that fell short, even for Wii . However, this low longevity was compensated by a multiplayer clearly inspired by Call of Duty, a recurring influence at the time and that contributed many hours of useful life to a game that, thanks to, or despite its daring, turned out to be a success. . 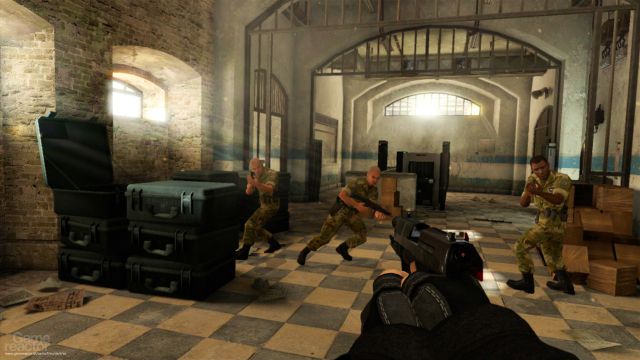 Activision’s third Bond game would come from a studio whose specialty was far from being that of third-person action, although then they had already made a small approach to the genre with The Club. Bizarre Creations had made a popular name for itself thanks to a franchise that still today has many fans who remember it as one of those that put the Xbox brand on the map: Project Gotham Racing, with two installments on Xbox and the third on Xbox 360 and considered the forerunner of Forza Horizon. They would try to green old laurels with Blur -not to be confused with the band led by Damon Albarn-, getting quite good reviews, but Activision would trust them for a new Bond game.

Interestingly, 007: Bloodstone is the second video game with an original story and not based on a movie, although it would have Daniel Craig in the title role. As we were dealing with Quantum of Solace before, we cannot speak of Bloodstone as a bad game, since it had considerable production values ​​-including original voices of the actors- that gave rise to a very notable technical section that had as a consequence spectacular situations, in addition to a varied and quite well resolved gameplay. Unfortunately, the solo campaign was too short and featured a testimonial but mandatory multiplayer at a time when it seemed a sine qua non for any video game to have competitive online features. Despite its shortcomings, it cannot be dismissed as one of the character’s most recommendable games in its “recent” history, although now it is almost impossible to find, since Activision eliminated it – along with Quantum of Solace and the following title – from the different digital platforms without giving many explanations. 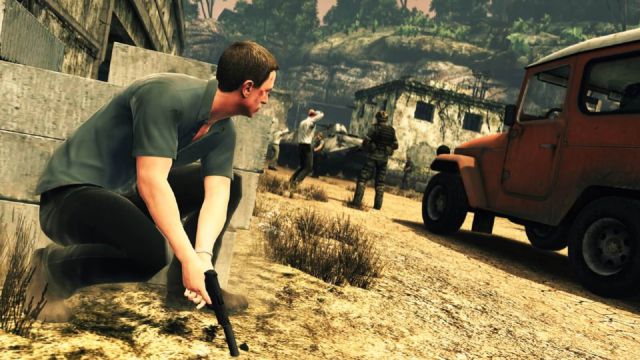 Ironically, Activision’s most ambitious project with the license would probably be one of the biggest disasters of all games starring the character. 007 Legends (2012) promised to bring together film narratives from all eras, from Moonraker to Die Another Day, connecting them all and even adding a new downloadable chapter based on Skyfall, Craig’s third James Bond film. What better way to celebrate the 50th anniversary of the character, they would think, but a multitude of technical problems such as a tremendously unstable frame rate or an incomprehensible enemy AI ruined the best plans. Finally, what was launched on the market was a game that was no longer technically mediocre, but very generic, without the Bond identity, and that not even its multiplayer could save from burning. 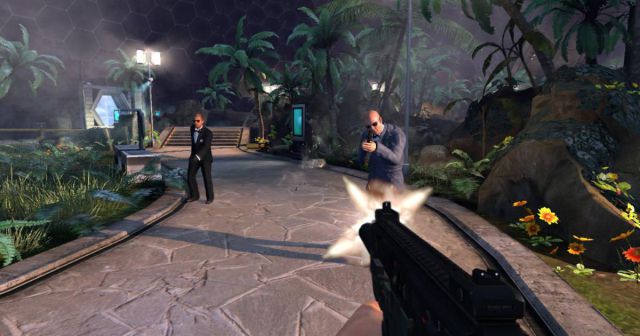 Unfortunately, 007 Legends would not be a long full stop for the adventures of Bond – last game until we see the work of IO -, but a final point for Eurocom. The foreseeable failure in sales of the game ended with the closure of a studio that, although far from the elite, was always able to carry out its jobs in a more than dignified way.