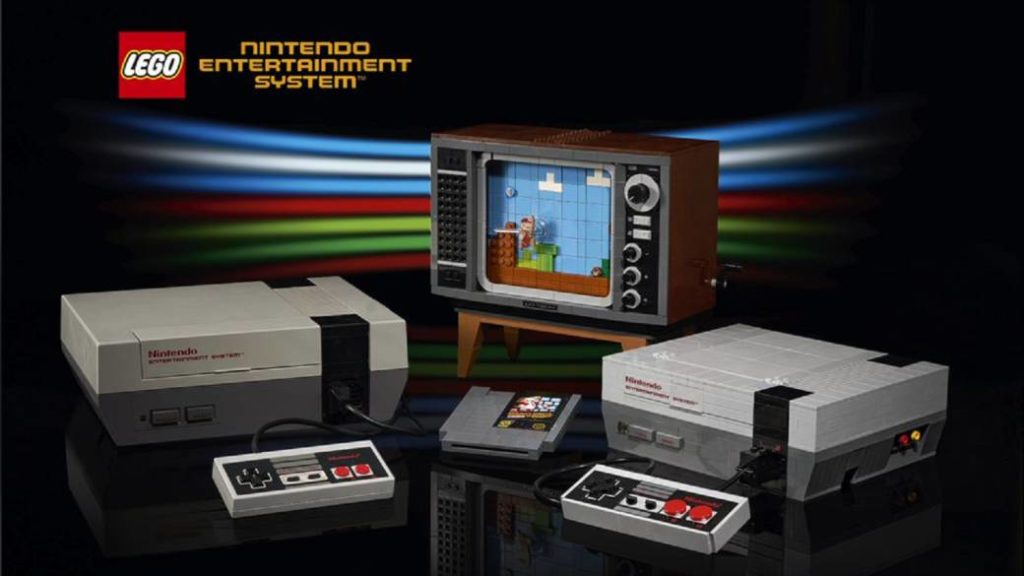 This content will be aimed at the adult audience and will allow us to create our own NES with LEGO bricks.

Who said LEGO was just for kids? The toy company has officially announced the LEGO Nintendo Entertainment System (NES) Construction Kit, a set that will offer adult gamers the ability to build their console using LEGO bricks. According to the press release, this pack introduces a detailed and realistic NES model, to the point that it includes a 1980s-style television.

The idea is for adults to embark on a nostalgic journey to build “a working version” of the mythical NES. Included in the package is a controller with a connecting cable, a plug and an opening slot for the Game Pak, which has a lock function. On the retro TV screen we will see an 8-bit Mario. Thus, players will be able to scan the action brick that comes with LEGO Mario (Starter Course) so that the character reacts to enemies, obstacles, etc.

LEGO Nintendo Entertainment System will be released at the same time as #LEGOSuperMario on August 1! pic.twitter.com/hoaTAYGSri

A journey full of memories

“Super Mario has been a highly valued figure in the world of video games for over thirty years,” recalls Maarten Simons, creative leader of the LEGO Nintendo Entertainment System, of the LEGO Group. “Many adults still fondly remember the first time they saw Mario jump across the screen, they even think and compare the graphics, which were much simpler than they are today. With the LEGO Nintendo entertainment system, we allow them to go back in time and recreate the game with one of the most beloved consoles of all time so they can see the Super Mario of their childhood once again, and even to share the experience of this 80’s game with their own children ”.

LEGO Super Mario is a collaboration between Nintendo and LEGO. Together they have created a device that combines two natures, that of the traditional toy and that of the electronic one. Until now, all the packs announced were aimed at the smallest of the house. Both LEGO Super Mario and LEGO Nintendo Entertainment System will be available on August 1.