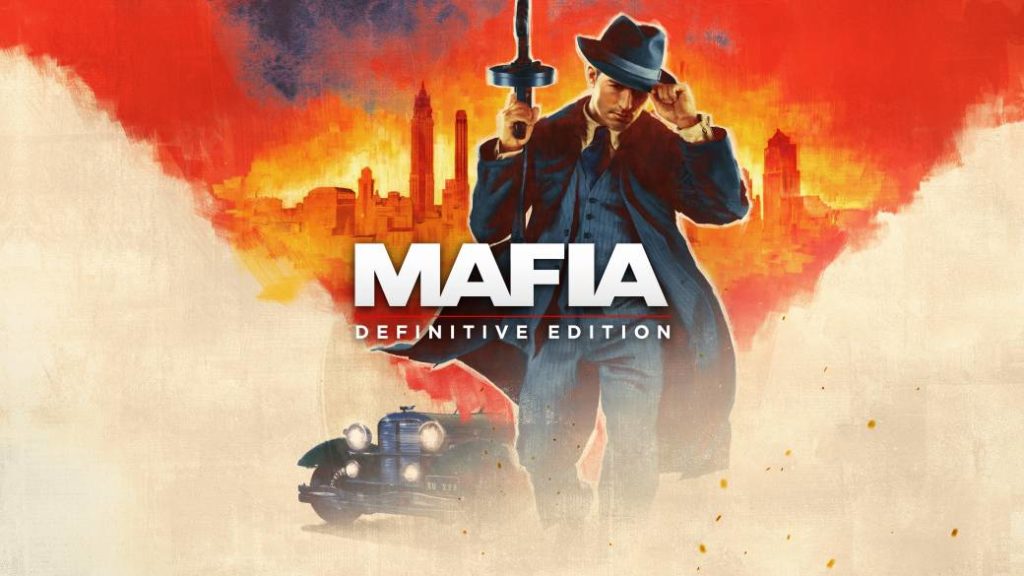 We tested the first five chapters of Mafia: Definitive Edition. Hangar 13 has done a magnificent job moving Lost Heaven in 2020.

Loyalty. Honor. Family. When the expansion of the open world began to make its way, Illusions Softworks set out to build its particular The Godfather in video game format. Mafia: The City of Lost Heaven set us in the dark 30s. The Great Depression cracked a society that, unknowingly, was heading for another world war. In full 2002, the figure of Tommy Angelo served as a reflection of those who took the path in the shadow of the law. A path that would lead him to discover the value of life.

18 years later, history repeats itself. Hangar 13 rediscovers a classic in a way that does justice to the word remake. Face to face, the original has been relegated to a simple plot outline. Situations have been modified, the times of certain events altered and the relationships between the characters have been deepened. Mafia: Definitive Edition is, as its name suggests, the definitive edition in capital letters of the work of the Czechs. 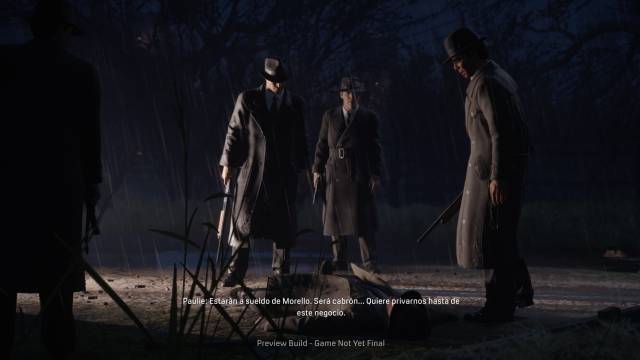 My name is tommy angelo

It is advisable to do a retrospective exercise before delving into it. Having fresh the structure of the original allows you to value even more if possible what Hangar 13 has achieved. From the first moment, a feeling of familiarity invades us, of being in an environment that is familiar to us, at the same time that we discover another new image of the city ​​and its inhabitants. The preview version that we were able to access corresponds to the first five chapters of Tommy Angelo’s adventure, as well as a small jump to what is to come from chapter 10.

Perhaps the word that defines Mafia: Definitive Edition is respect. We opened this piece with the three pillars on which Don Salieri’s band stands, and in some way those values ​​have been transferred here. The North American studio has not imposed its own creative vision, but has simply limited itself to reordering the narrative arcs to make the whole homogeneous. 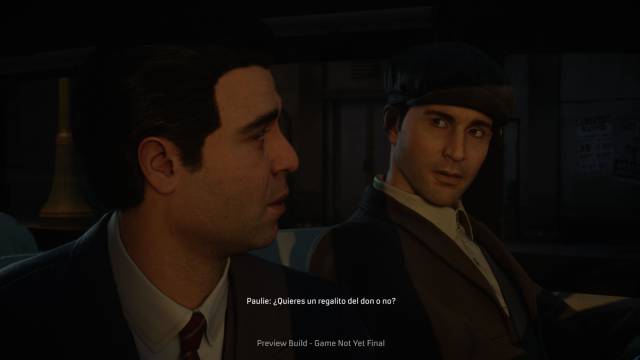 No one can reject the gift.

Perhaps it is advantageous to say in the middle of 2020 that the Mafia has not aged as well as it seemed. The memories that we can keep from that time can alter reality in their favor. Hence the value of immersing yourself with today’s eyes. And we are not talking about playable aspects typical of the 2000s, but about the lack of subtlety of a narrative that at times seemed to be several revolutions ahead of us.

These changes reach the full range of the stages around Tommy. From the small moments to the way in which new elements are introduced. During Man on the Run, chapter 2, the changes are noticed from the first moment. Customers who pass by our taxi delve into the situation of American society at the beginning of 1930. In the original they were limited to indicating their destination. These talks, standard in modern video games, are add-ons that may sound trivial, but they are not in any case. Everything is part of a plan that enhances the title from its foundations. 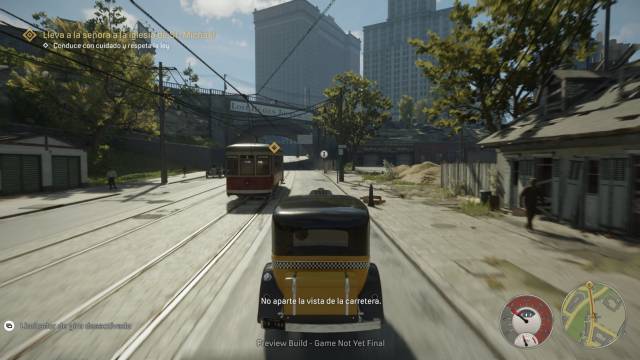 Within the same chapter you can see changes in the tone around the Salieri family. The original conveyed a concise, even cliché, message from the Italian-American mafia about how they dealt with those who stood in their way. Do you remember Tommy’s pursuers? They came out feet first. However, in the remake these have first and last names. Sam, who intercedes for us, uses persuasive arts to scare off the couple. A different image of the group is shown, even humanized, away from the quick trigger. They avoid unnecessary carnage. 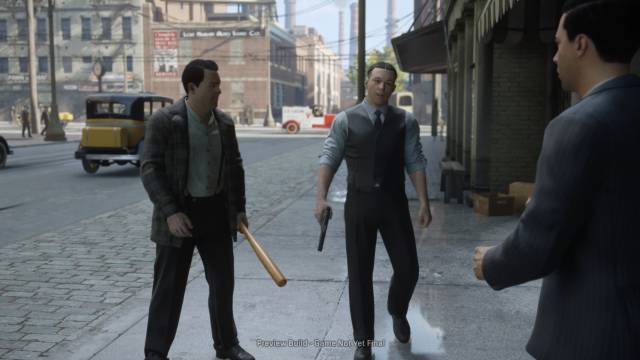 Changes make each scene better than the original.

The importance of details

We talked in previous paragraphs about the subtle. The gestures, the looks, the camera shots… The direction of each scene tells a story in parallel with what you are seeing on the screen. 18 years ago, Don Salieri explained during the mythical meeting his initial distrust in the incorporation of Angelo into the family. He accepted it, although he had to earn her trust day after day. 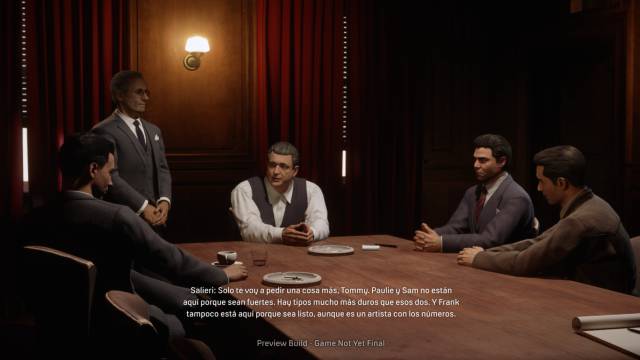 In Mafia: Definitive Edition that meeting is divided into two rounds: in the first, the protagonist expresses his desire to take revenge on those who destroyed his taxi, his “livelihood.” The gift sees in this an opportunity to send a message to the Morello family. Unbeknownst to Tommy, it would be his litmus test to be part of the band. In the second (and last) meeting, with the cars perfectly charred, Salieri offers you the opportunity to join in, but not without first knowing the rules that you must follow when under their protection. Without saying the words, Salieri’s complicity with Frank (his right hand), his face, the introduction of the value of loyalty in the conversation, denote a certain concern towards the newcomer without being obvious.

Many of the inconsequential moments in Mafia: The City of Lost Heaven take a format of special relevance to know what is behind the main actors. Ralphie feels and suffers in front of a more aggressive Paulie every time they interact with each other. Speaking of Paulie, he and Sam show how high their morale is during the first fundraiser Angelo participates in. There are reasons to reject your actions. 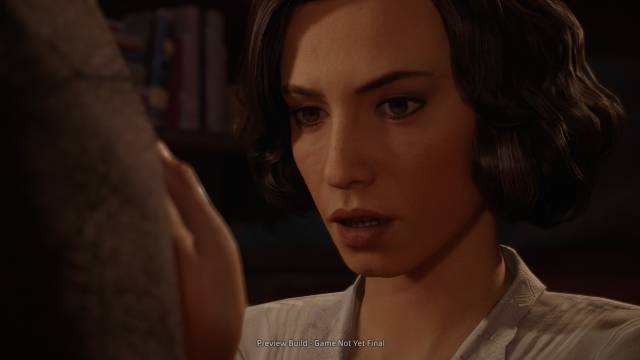 Sarah will have more prominence in Tommy’s life.

The relationship with Sarah also comes in much more naturally. The young woman will remain in the background for the first few bars. It isn’t until chapter five that the two exchange their reactions to the conclusion of the race. It is in the outskirts where Luigi, manager of the Salieri bar, gives a party to celebrate our triumph. This form of Italian twinning clashes with the coldness seen in the original. As for Sarah, her figure will become fundamental. Given the changes in the tenth chapter, it is the other half (and never better said) of a Tommy who will need it more and more emotionally.

But not all are changes. The motel scene is exactly the same as you remembered, only having control of a character who responds better to interaction with the environment. And it is that the title borrows a modified and improved version of the engine already seen in Mafia 3. If we talk about the visual, this Lost Heaven has a much more careful aspect compared to New Bordeaux. It is worth highlighting the lighting work, superb in situations such as dawn or at night. It is a real joy to walk through its streets. Although the build we accessed is not final yet, we hardly found errors of any kind. It feels solid, even on PC, where we were able to play it. The optimization work is currently at the height of what we can expect on the platform. Excellent. 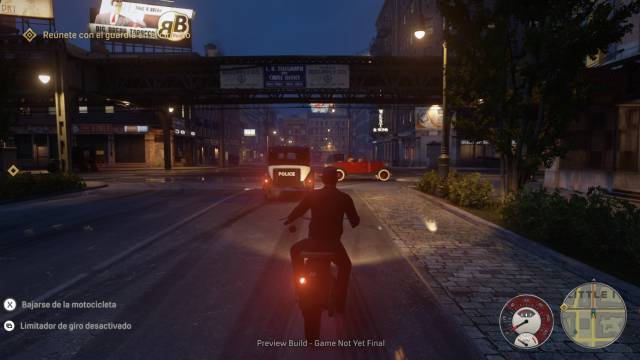 Strolling through Lost Heaven is a joy, even on a motorcycle.

There are hardly any alterations in the gameplay. The control and situation scheme is practically identical to that of Lincoln Clay. So you can expect hard-hitting gunplay, firefights based on the basics of the third person shooter. In fact, we did not see differences even in the animations of the enemies when taking damage. Where we do appreciate slight changes is in driving. The two modes remain: normal and simulation. We noticed that there are more differences when jumping between the different types of vehicles. Even in the basic mode, the way the chassis tilts when distributing the weight and the suspension have a greater impact than in the third installment. Driving the 1930s in this way makes navigating the world enjoyable. And if you don’t want to spend so much time in them, the game allows you to activate an option that omits all vehicle routes that are not important. 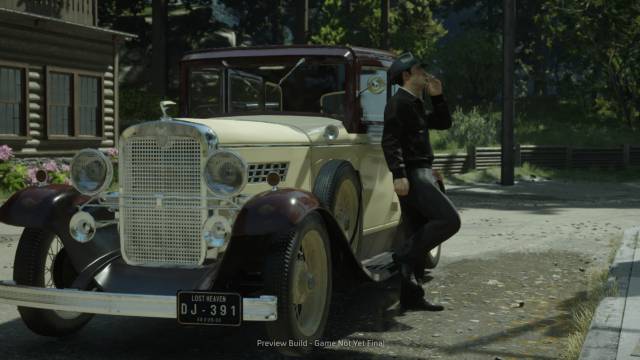 The calm before the storm.

A tribute in style to the roots of the saga

The truth is that this has been the case. Facing the responsibility of working on the remake of a title so beloved by Mafia fans was not an easy undertaking. These first 4 hours of play have made us feel again the greatness of the brand. The changes so far are very successful. They compose a coherent and homogeneous narrative, which delves into each of the faces that participated 18 years ago. At the same time it has become a tribute to Illusions Softworks; It magnifies a title that marked an era in the early 2000s.

Our initial foray into Mafia: Definitive Edition couldn’t have been better. For its part, it will arrive on September 25 to PS4, Xbox One and PC, both separately and as part of Mafia: Trilogy.