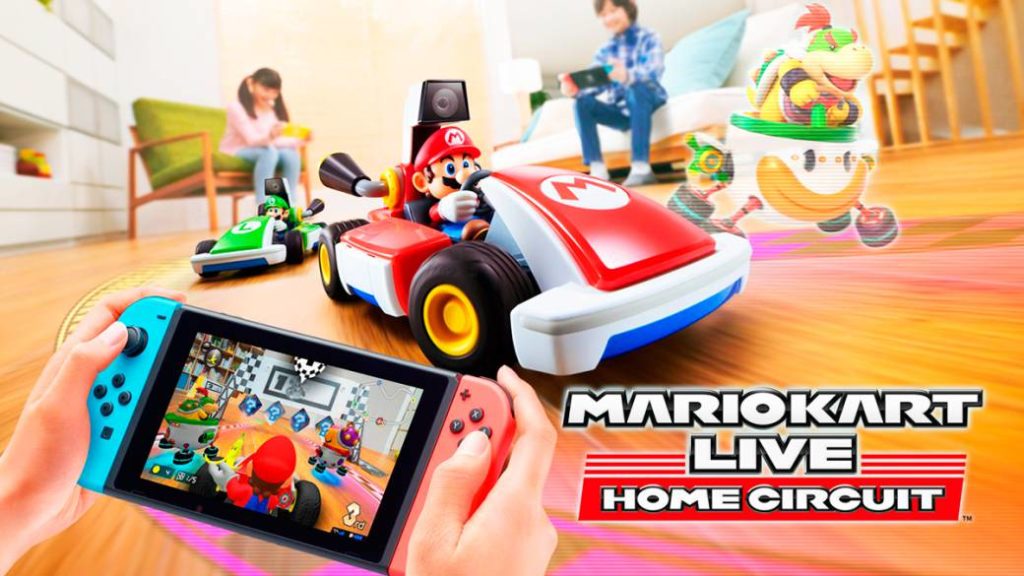 We attended a preview presentation of everything that is Mario Kart Live Home Circuit, the mix between the Nintendo saga and the real world through Switch and augmented reality.

The celebration of the 35th anniversary of Super Mario left many curiosities on the table. The flashy announcement was the 3D All-Stars, as well as the improved 3D World. But there was room for what we didn’t see coming. The Game and Watch, a Mario pseudo Battle Royale (already available, by the way) and, above all, Mario Kart Live Home Circuit. It was about transferring the essence of the saga to the real world, through a kart (like the remote control ones that already exist) but with a camera, controlled through Switch and using augmented reality to mix both universes. Another cool occurrence at Nintendo?

The idea of ​​being able to turn our house into a personalized circuit while competing with the CPU and a maximum of three other friends is extremely attractive, especially because of the customization that we can carry out with the game. The pack brings Mario or Luigi with him in his kart, four doors that serve as guides to mark where the circuit passes, optional arrows to mark the direction and a charging cable. The application on Switch is free to download, and everything is connected via a QR code. From here, to play. 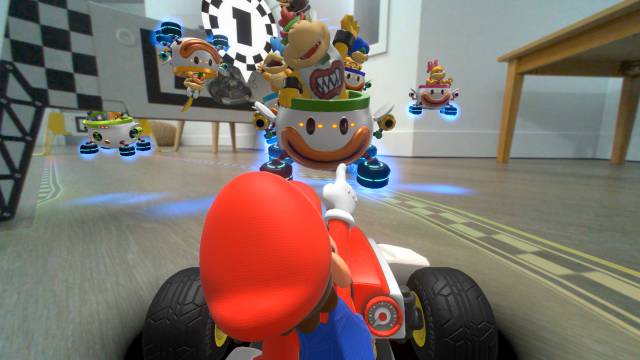 Create circuits and customize them

During the hour-long presentation we were shown how the circuits were created. The system is very simple: basically the race creator is chosen and Lakitu will throw a painting at the wheels. It will be then when, after having placed the four doors where we want throughout our house, we will control the kart (from the Switch) to mark the circuit we want. Once done, we can quickly compete against Bowser’s henchmen and his son Bowsy in the same way as Mario Kart is played: drifting, throwing objects and overcoming various obstacles.

The title allows you to customize the races with various AR effects in different ways. From snow with ice blocks to competing underwater -but in our living room- as well as with a strong wind that affects our control, among other options. These augmented reality effects affect driving. Deviations from the car, braking if we collide with elements or jerks if we hook ourselves to a Chain Chomp, with the physical vehicle reacting to all this in the real world. Magikoopa, fire bars, pipes that launch objects, musical notes, turbos on the track of the rainbow … There are a lot of elements to place in the circuits. 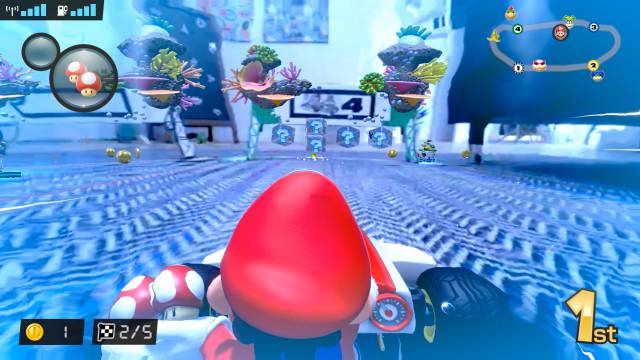 In addition to the possibility of creating races, we were shown all the game modes that the title has. The main one is Grand Prix, with eight cups of three races each. These careers try to adapt to the reality of each house, so before starting they will propose different paths for us to select the one that best suits the furniture and distribution of the house. On the other hand we have the custom races already mentioned, or the local multiplayer that allows up to four users to play at the same time (yes, each one needs their Kart and their Switch). In this case, a player acts as the host and is the one who chooses the style of the race, the environment and others.

Grace is being able to get into their careers and their designs. Finally we have the Time Trial. Time trial in which we set the best possible time and then we can challenge our ghost to try to overcome it, or to be overcome by our friends. Of course, the ghost is recreated in the form of a clock, not the kart that has raced. All this to get rewards in the form of coins that allow us to unlock different items. Some quite juicy. 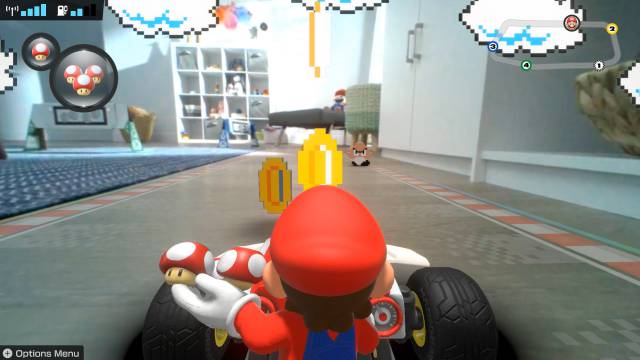 Throughout our games in the time trial mode, in Grand Prix or with friends we have one objective: to add coins that allow us to unlock all kinds of aesthetic elements, as happens with Mario Kart 8. In this case we can get several vehicles, such as a construction machine or one of the mythical ships of the Super Mario universe, as well as costumes for our protagonists such as Mario Maker, a cowboy Mario like Oddyssey or a Mario in knight armor. We do not know the amount of unlockables that we can see in the title, although it seems to be one of the claims to replay the title.

It is not the only unlockable thing, since we will have four displacements to enjoy: 50, 100, 150 and 200. This, like other AR elements that we have discussed, will affect the control and speed of the Karts, and in fact in the video that accompany this article you can see how the speed changes significantly. 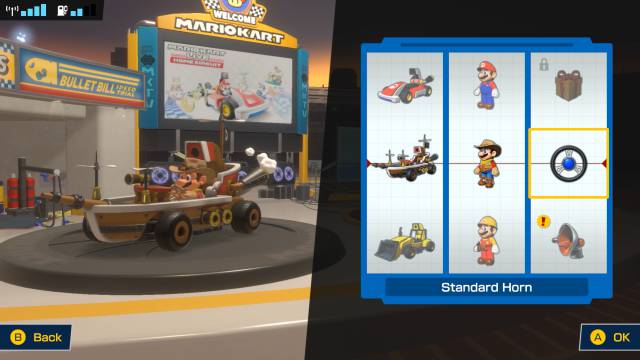 In short, a presentation that left us wanting to be able to test it in situ, because on the one hand it seemed to have a really simple and very versatile assembly to adapt to the structure of our house and, on the other, it seems to offer enough elements to delve into it. beyond first contact. Details such as the maximum length of the circuits or the Kart’s battery are missing, something we hope to answer in our future Reviews while we race between the sofa, chairs and other conventional elements.