You are here: Home / News / Marvel’s Avengers: where to buy the game, price and editions 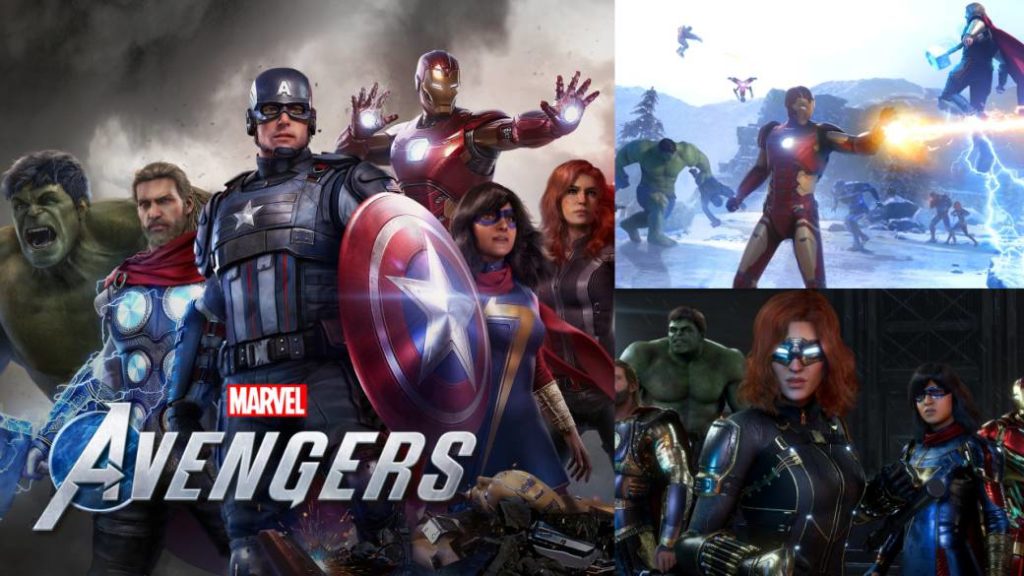 We tell you everything you need to know about the launch of the new Avengers video game.

The A-Day has already arrived. After the flashes of the cameras and the poses of the superheroes, a terrible accident has happened. The dead number in the hundreds and confidence in The Avengers has plummeted to the ground. Marvel’s Avengers, the new Crystal Dynamics published by Square Enix, narrates precisely the way in which Hulk, Iron Man, Black Widow and the rest of the characters overcome that situation, with thousands of doubts wriggling through their heads. This action proposal, designed as a game-service, is available from September 4, but what editions can you find on the market?

It is becoming increasingly difficult to choose the product you want to take home, as the offer is very wide both in physical and digital format. To make this task a bit easier, we show you the options available in the different shops. 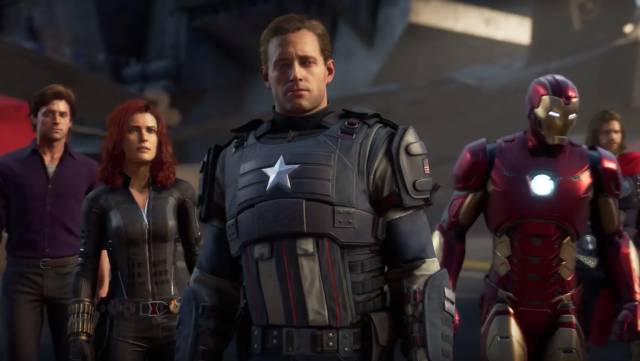 Between the physical and the digital there is a platform that remains in limbo and in which you can also play Marvel’s Avengers, the streaming of Google Stadia. The game can be purchased from the tech giant’s cloud service. That said, we go on to compile the different editions that you can find in digital format.

The Standard Edition costs 69.99 euros (10 euros less on PC) and includes the base game (PS Store, Microsoft Store and Steam). PlayStation 4 offers an Exclusive Digital Edition that in addition to the video game comes with a Ms. Marvel nameplate and 1000 credits to customize the superheroes. Its price? 79.99 euros. The Deluxe Edition, 89.99 euros (10 euros less on PC), introduces an obsidian outfit pack and an obsidian nameplate set (PS Store, Microsoft Store and Steam).

In addition to the Standard Edition and the Deluxe Edition, which you can buy in stores like GAME or Amazon, players can find a Collector’s Edition (219.95 euros), the most powerful Edition in the world. It introduces all the content of the Deluxe Edition, but also an exclusive Steelbook with the Avengers symbol, a 12-inch statue of Captain America, a big-headed Hulk, the Black Widow belt buckle, a Mjolnir keychain, the Blueprint of the prototype of the Iron Man armor, a Ms. Marvel pin and a group photo of the superheroes. 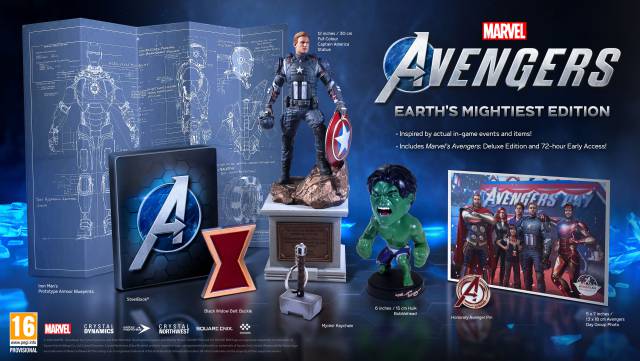 Those who purchase the game on the current generation of consoles will have the option to upgrade to the PlayStation 5 and Xbox Series X editions for free.