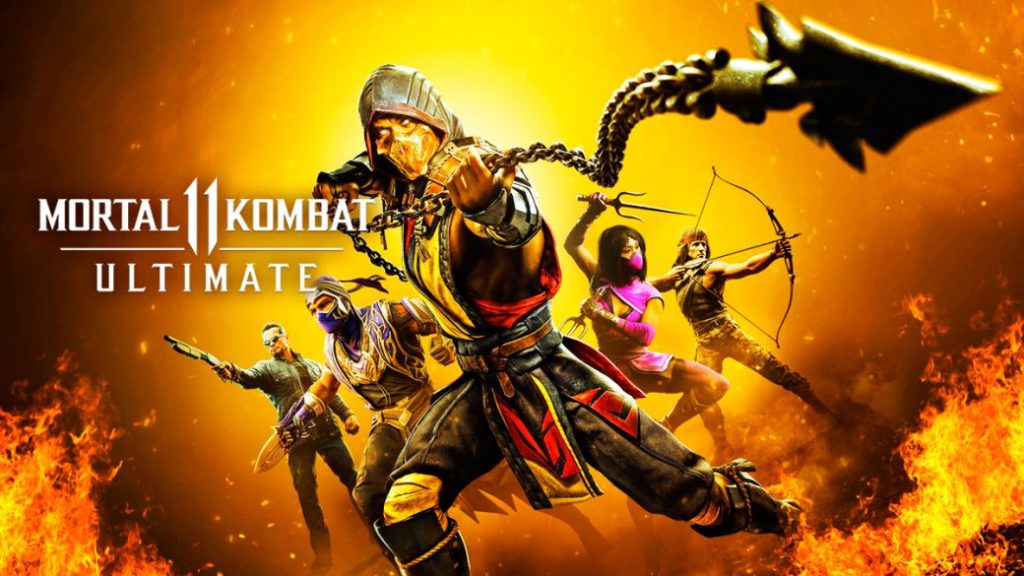 Taking into account the level reached by this saga since its reboot in 2011, starting to talk about Ultimate Mortal Kombat 11 remembering its beginnings seems a bit old. The reason is clear: there is very little left of what Ed Boon’s studio now does. Still, anyone who has watched fighting games evolve over the decades is sure to have more options when it comes to charting the influences that have left Scorpion and Sub-Zero in their current moment. General ideas of the classics can be traced, but Mortal Kombat has joined, as a saga, other somewhat less obvious suggestions, which we now feel perfectly integrated into current fighting games. It has been a very long journey, but the games in a saga that we previously related mainly to the controversy about their violence no longer look at other fighting games with a disadvantage. 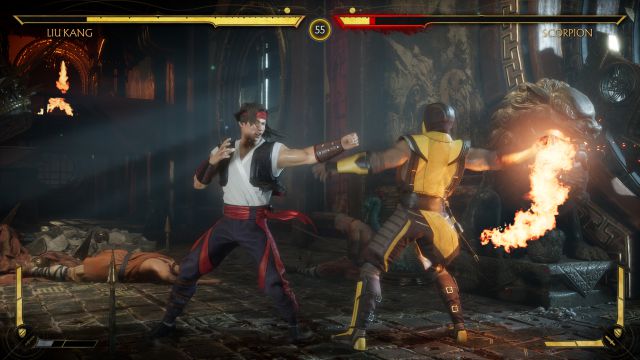 Let’s talk a bit about those other influences. Since 1995, Soul Edge and its sequels have been suggesting to us the idea that each character should have variations within a fighting game. In these very successful games on the first PlayStation, Namco materialized the concept by means of different weapons for each fighter -unlockable, so that it was ringing us-, which altered the combat conditions and could be used to fight with our neighbor. We would not say that they changed everything, but they certainly tried, in an effort that was complemented by some modes in a history plan, in which we fought in much more changing conditions than we had seen before. Soul Calibur 2 very successfully delved into all this, so skipping the other chapters until 2019, it seems clear that Mortal Kombat 11 -like its predecessor- has been adapting these ideas for some time, incorporating them into a fighting game more current. And by current, we mean that it gathers the influences of the myths of the nineties, but it channels them from the new starting point for the genre that was Street Fighter IV. 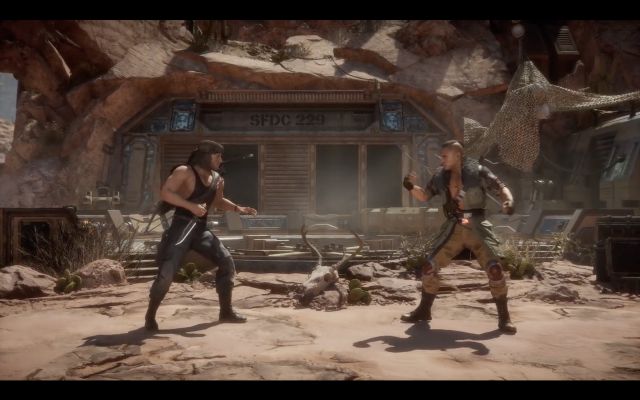 Mortal Kombat 11 Ultimate is a repetition of the great move that Mortal Kombat XL was, by a NetherRealm studio in an enviable state of maturity. The extended edition of the previous installment should have served to revitalize it until it ended its cycle with very high sales, so it was logical to think that the next installment would have a similar relaunch as soon as there was enough content to justify it. There will be, as always, those who prefer to think that it is a simple indecent use, but this Ultimate edition of the game that appeared in 2019 is too much content to criticize it for that. Taking out the calculator, it includes two story modes – delusional, because Mortal Kombat was always joke – a whopping 37 – thirty-seven! – playable characters, as well as online and offline modes to bore the most die-hard fight fan, whether or not he wants to fight online. Whoever decides to give it a try should be clear, of course, that to get the most out of the game it is essential to have some contact with the large community that NetherRealm has created.

It is necessary to always bear in mind that Mortal Kombat 11 is a continuous game with respect to its previous installment, although it is obvious that it is much more advanced than its predecessor of 2015, and we must admit that it is one of the most colorful fighting games of the moment , if not the most. In the three systems where we have been able to test it (PS4, PS5 and PC), it looks really impressive, with a great use of HDR and few edges in the modeling. We are not entirely convinced by some of them, such as that of the main antagonist Kronika, but the step forward from a much more irregular Mortal Kombat X in this important aspect is undeniable. In everything else, we think that this continuity between the last two installments is something very welcome, as it has served the study to focus on improving what stood out the most from the proposal, such as the worked balance between accessibility and depth. It is well known to what extent the competitive scene demands the second, but it is also not convenient to forget that a game does not sell millionaire figures leaving aside the first. 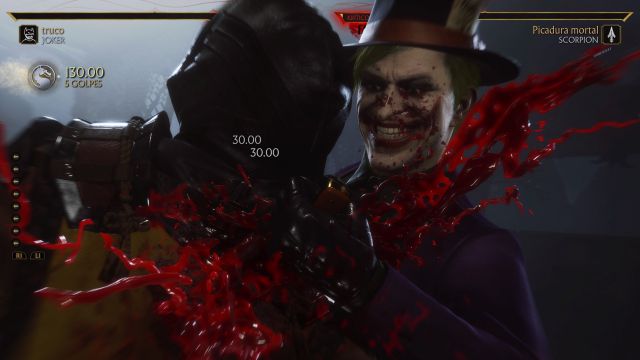 Although not all have the same competitive possibilities, the variety of all the characters is something really remarkable. All of them have several common denominators, and there we could talk about their similarities with the very first ones of the saga, but they stand out for something else. By playing a couple of tutorials, anyone will realize how easy it is to perform combos of between three and five hits. Arguably, positioning relative to your opponent, finding the right moment, and the three-hit combo are the basic rules of fights in Mortal Kombat 11. Combining them with special moves is the key to progressing to 15 combos. blows, possible if we train enough. Whether or not such a thing reaches the depth of other stars of the moment such as Street Fighter V or Tekken 7 -Dragon Ball FighterZ goes the other way- is a matter for everyone, but it seems to us that it will be more than enough for the vast majority of players. The important thing is that these fundamentals are very solid with all the characters, so anyone can feel that they are progressing with their favorites. In addition, the post-roster additions have been taking their place in the metagame with greater or lesser fortune, so the player who enters the game now will do so with a Mortal Kombat 11 in its maturity stage. More or less as it happened in 2016 with Mortal Kombat XL, and the game was in very good health … three more years.

Apart from the three new characters -Rambo, Mileena and Rain-, fun to handle and that will surely have their influence on the online when the tide goes out -especially the first two-, this Ultimate edition does not add more content to what we already had with the Aftermath expansion. But this paucity of news does not mean that this update will not mean a before and after for the game: it will, and a lot. Mortal Kombat 11 expanded that idea of ​​the different variants of each character in which Ed Boon is already an expert, opening up the possibility of creating custom variants as we combine the abilities of each fighter within certain limits. The Ultimate Edition puts a final twist on the concept, allowing you to play with our custom variants in the competitive modes of the Kombate League, in which previously we could only fight with the three variants predefined by NetherRealm. Although at the moment of truth it does not mean that the fighters are going to be new characters, it is something that shakes the ranked games tree strongly, so its effects will be felt as long as the game continues. The variants – and in general, the customization – are definitely the star concept of this game. The problem is that the less good news begins here, since to obtain resources we have to talk about the most debatable facets of the game, which are still there in this expansion.

The Krypta: an economy of war

Regarding the most controversial part of Mortal Kombat 11 – remember that it suffered a ruthless review bombing – few changes. Entering the Krypta is still a cumbersome addition that at no time generates interest for the player. In NetherRealm someone forgot that in a fighting game you come to fight, and not to walk through empty corridors with chests – which turn out to be loot boxes – on the sides. The idea of ​​earning consumables to unlock skins, fatalitys and hundreds of other things is very good for a fighting game designed to last for years (it was also in those Soul Calibur we were referring to at the beginning), but its materialization did not convince exit, nor does it now. Above all, if we take into account that nothing we unlock will make us win more fights, but rather will vary our experience with cosmetics or increase our resources to buy other items. There is still the possibility of buying items paying with real money and saving us grinding: it does not influence the game itself, but there are those who are bothered. 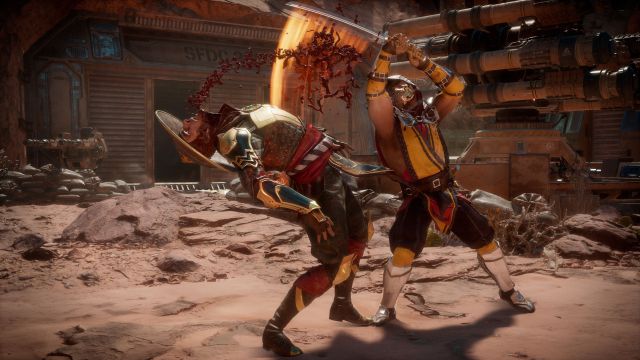 Whether we buy or farm unlockables, what is undeniable is that Mortal Kombat 11 Ultimate is a true fighting colossus, with content that no player can lightly overlook as little as this traditional genre is interested in. If it is inexhaustible in its online aspect, almost the same happens with its offline possibilities. The different Klassic Towers are joined by the Towers of Time that make playing the classic arcade mode of a lifetime an ever new experience, to a certain extent. The 37 characters have their interest thanks mainly to the contrast of their special movements, so using them to a certain level of depth in these offline modes is attractive even if we do not dare to take them to the virtual arena to be shaken. With these premises, a small portion of Mortal Kombat 11 until seeing the delirious endings of the characters is always good news. The tone of the story and the introductory dialogues between the characters contribute to this, with references to everything that can be referenced. NetherRealm and Mortal Kombat have done your homework, so they enter the new generation in a sensational state of form, with exit patches for the new consoles, Cross-Play functionality between Xbox and PlayStation, a fairly neat version for Nintendo Switch and sensational online performance thanks to rollback netcode. So careful is everything that, to some extent, it gives us the feeling that it is Ed Boon’s guys who will ask the questions in the next generation of fighting games, although their style still does not convince everyone. 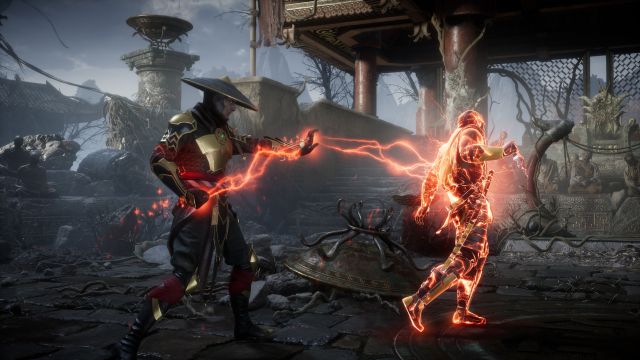 Mortal Kombat 11 Ultimate is the first fighting game to reach the new generation of consoles. Overflowing with content, highly polished at the playable level and with a NetherRealm Studio that takes great care of it, this edition is essential, no matter how you look at it, for anyone who likes the genre. The joke of seeing Terminator fight the Joker, or Rambo with Robocop does the rest.