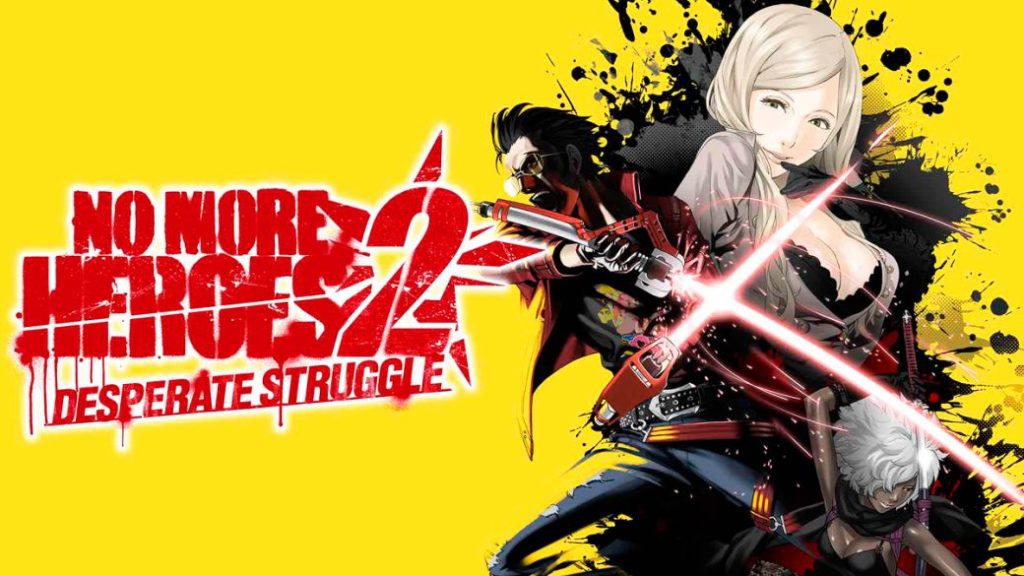 We analyze No More Heroes 2: Desperate Struggle in its version of Nintendo Switch. This remastering makes the Wii version no longer exclusive. 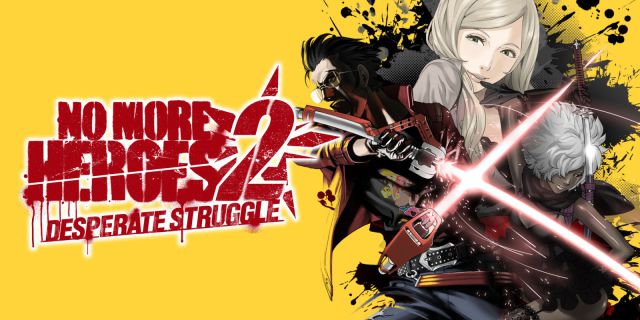 At the end of October 2020, both No More Heroes (here you can read the Reviews of the original, and here that of the remastering) and its sequel, the title that we have before us, arrived on the Nintendo Switch eShop; No More Heroes 2: Desperate Struggle. It was not directed by Goichi Suda (alias Suda51), as in the first one; here he limited himself to helping in its production. As we did with the first installment of this saga, in this Reviews of No More Heroes 2 we will focus, precisely, on how it works on Switch. 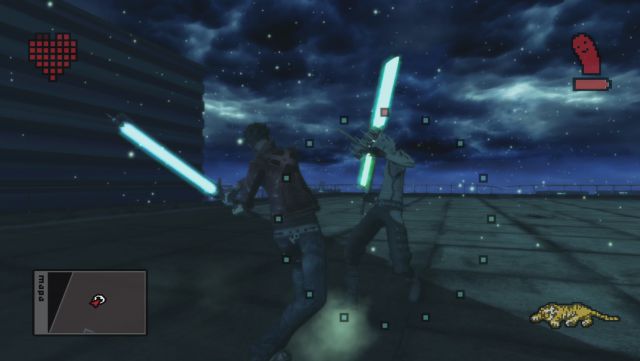 As we have said in the introductory paragraph, in this Reviews we will focus on the technical aspects of No More Heroes 2 on Nintendo Switch, leaving other elements that are identical to the original – such as the plot, the duration, the soundtrack … – at the discretion of the reader; To do this, read the Reviews made at the time by our colleague Will van Dijk.

This conversion of No More Heroes 2 for Switch is very similar to that of the previous title. For starters, know that in the console’s dock mode, the game runs at 1080p and 60 FPS although, as in the previous remastering, the frame rate is not stable, since there are occasional drops to around 50 FPS. In portable mode, the resolution evidently drops to 720p, although the performance here seems to be better due to the perceived greater stability. 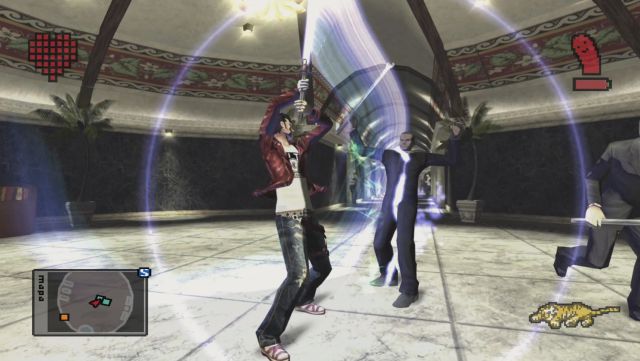 Indeed, and, being a remastering, we have palpable graphical improvements from the first moment. This is a decent job in this regard, especially considering that No More Heroes 2 was, until this relaunch, exclusive to the Nintendo Wii, since it did not have versions on PS3 and Xbox 360 as No More Heroes did. Also working in its favor is the fact that the eShop version of the Nintendo Switch is the uncensored edition of any kind of NMH2; We can affirm without fear of being wrong that this remaster is the best possible version of this title. It is not the technical ceiling of the console far from it, but with this facelift it can give the hit perfectly as another Switch game.

As happened with No More Heroes for Switch, in No More Heroes 2 both the interface and the control scheme itself have been adequately adapted to Nintendo Switch. We can play the game without problems in a way that is quite faithful to the original experience. 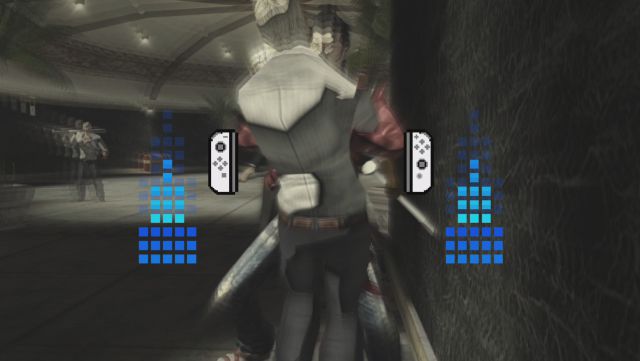 It is possible that the fact that No More Heroes 2 himself chose to root out the open world scheme of the previous one works in his favor when creating this remaster; As was the case in the Wii version, in the Switch version when we want to travel from one area of ​​Santa Destroy to another, Travis simply teleports using the different options on a menu. There are no motorcycle stages to explore the city with, which in turn eliminates any related technical / performance issues.

One of the main doubts we had regarding this conversion is how the many mini-games that this title boasts would be transferred to high definition. We remind you that in Desperate Struggle, several of the tasks that Travis can perform, such as training in a gym or delivering pizza on a motorcycle, are represented at a visual level as if they were a NES title, directly from the 8-bit era. And the work done in this regard has been more than commendable; the presentation is clean —no blurry sprites or poorly rescaled sprites—, although the purer ones will miss a filter that simulates scanlines. Although this option was not in the original either. 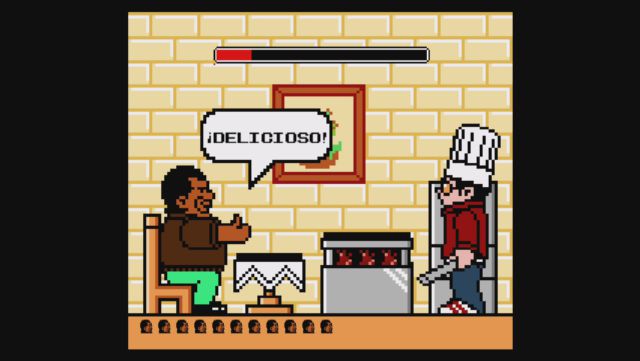 In one of the jobs / minigames, we must make fillets at the plant to the exact point that each client requests

Regarding No More Heroes 2 as a title itself, and comparing it with its predecessor, know that it is much crazier than the first. The humor is even more badass if possible, the sexual innuendos —including blatant shots to the generous attributes of the female characters— are much more blatant and, in short, we are facing a self-conscious and very old-fashioned sequel that leaves us moments to remember. , in addition to serving to deepen Travis Touchdown as a character, as well as the universe of this peculiar video game.

Much of its charm resides, precisely, in that it is a video game that goes a long way to its ball and that cares little about the “needs” of the players. Instead, he focuses on going his own way and trying to be as original and transgressive as possible in an industry where this is becoming increasingly difficult to do. You also have to understand that it is a title with a very specific humor and context. Very “Japanese”, to call it in some way. This can make it even more transgressive if it fits in the middle of 2020. 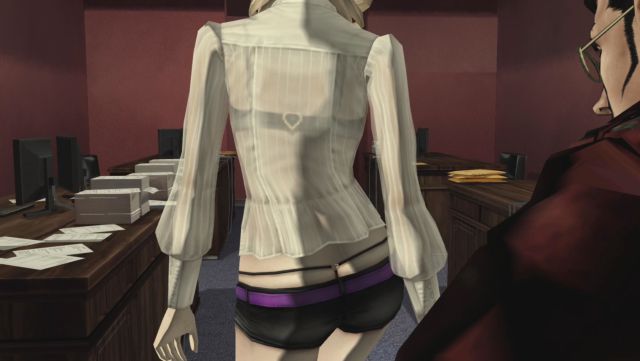 It is, as we discussed earlier, the definitive version of No More Heroes 2: Desperate Struggle. It does everything a remastering should do: give the title a facelift, in line with the times, and adapt the original to the new control system of the current machine. It’s perfect if we couldn’t play it at the time, especially if we also have the previous one on Switch and also Travis Strikes Again: No More Heroes. In this way we can delve a lot not only into Travis’s psyche, but also into Suda’s own. And, incidentally, kill time until the release of No More Heroes 3, dated 2021.

No More Heroes 2: Desperate Struggle on Nintendo Switch is the perfect complement to the previous title, also on this platform. It is a video game “very yours”, undoubtedly fun, and with this remastering it is no longer exclusive to Wii, since the original was only available on that platform until this relaunch. Mandatory purchase for Goichi Suda fans, especially if they couldn’t play the one on Wii at the time.