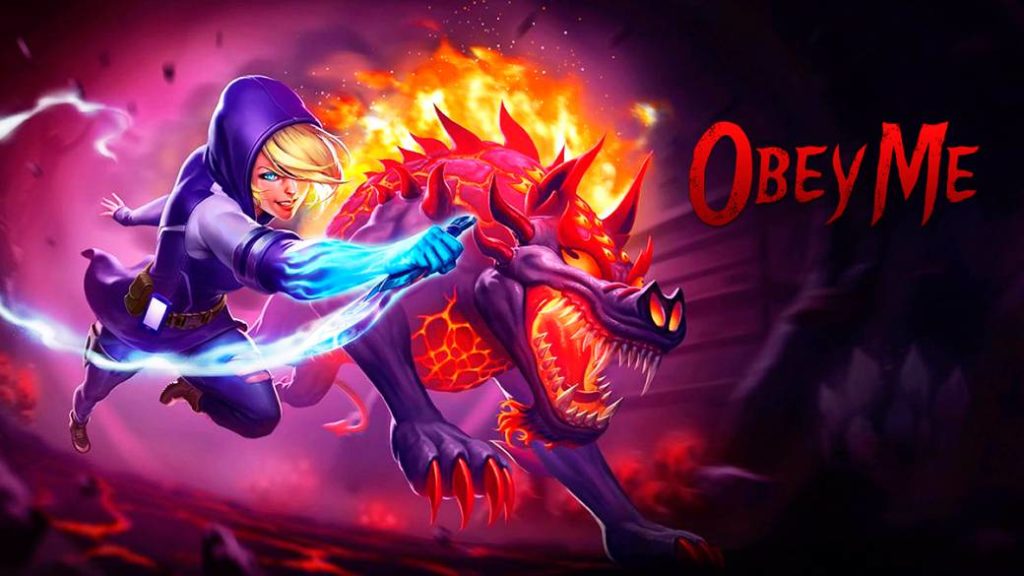 We analyze this hack’n slash cut title that follows the adventures of Vanessa and Monty in their crusade to prevent the extinction of humanity.

The hack’n slash genre has been gaining in relevance through the appearance of various games in which the player’s ability is tested not only to eliminate a series of enemies in record time using the character’s abilities. but by asserting them to make the combat as stylistic as possible. In some games like Devil May Cry or Bayonetta in their different installments they are clear examples of this style, while others like Ninja Gaiden opted for a more spectacular style visually, especially in its second installment.

Today comes an indie-style proposal from the novel studio Error 404 Studio titled Obey Me, a game that follows many of the characteristics of the hack’n slash genre while offering an interesting story of two misfits who are seen involved in the war between angels and demons.

The story of the game puts the player in the shoes of Vanessa Held who, along with his partner Monty, a hellish canid, dedicate themselves to carrying out various jobs under the command of the demon Ammon, who rules the city inhabited by humans in the middle of the conflict between humans. and demons. After completing some commissions, Vanessa meets the angel Zadkiel who advises her to confront Ammon to save the human race from its evil plans. Using the weapons in their possession and the powers of Monty, both will venture into an adventure that will lead them to face all kinds of creatures in order to stop Ammon.

The game is developed through several chapters in which Vanessa and Monty will have to cross different areas, such as alleys full of corruption, an abandoned shopping center or the sewers, having to face creatures of various kinds, including infernal beings, slugs of miasma, angelic weapons and even some bosses that will make things difficult in certain sections of the route, while avoiding all kinds of traps, from spikes to lasers, which will make progress more complicated if possible. 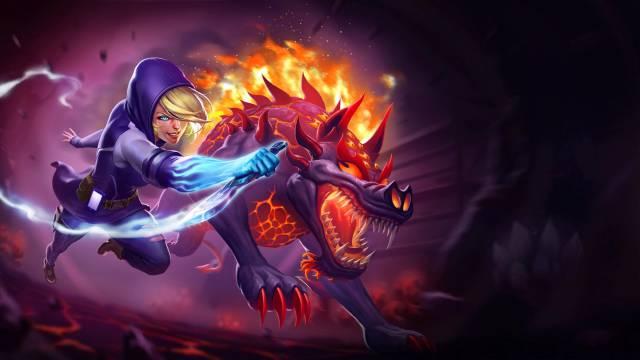 When fighting Vanessa will have, in principle, a special dagger, Azia, which allows her to quickly attack the opponent while also having the support of Monty, a demon turned into a hellish doberman, who will attack enemies using attacks fire elementals and bites. Through the adventure you can get new weapons with different properties such as a hammer, Venpho, which can summon creatures of miasma and infect enemies with their different attacks, gauntlets, Iadmir, with which to carry out dizzying attacks and cause great damage in a short space of time and finally an angelic sword and shield, Baltim and Aldara, which will allow you to choose a balance between attack and defense when fighting. These weapons can be alternated in the middle of the game by pressing the L1 and R1 buttons. In the case of Monty, he will be able to adopt new forms as the game progresses, miasma and sacred, which he can alternate by pressing left and right on the digital crosshead. These will allow Monty to summon creatures of miasma and use attacks that will infect enemies in the first case and use holy attacks and summon beams of light in the second.

The weapons can be improved through spending core of souls, which are achieved either by defeating the enemies that come to pass or failing by finding and destroying Soul Crystals found in each of the areas of the game. Each weapon, as well as the different forms of Monty, have skill trees that will need a certain number of soul cores to be able to obtain them and use them in combat, thus allowing the weapon’s performance to be improved in combat with new techniques or with attack improvements and infused with energy to overload enemies. In certain cases it will be necessary to acquire certain skills before being able to obtain others later. Additionally, in the case of Monty forms, your skill tree will also allow you to not only improve in the same way, but also the attack capacity and weaponry of the fusion mode. 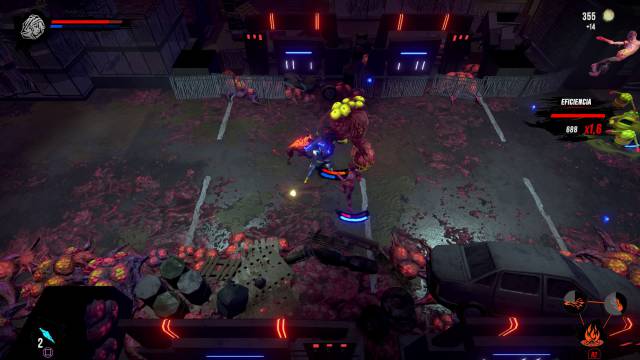 This mode allows Vanessa and Monty to be fused into an entity that will collect the power of both and that will allow them to use special abilities of great power for a limited time. To execute it, it will be necessary to charge the spiritual meter collecting blue energy spheres or fragments and also to achieve this through breaking large crystals, needing at least one bar of said meter to activate its use. The effects of this form include increased attack power, gradual regeneration of life and being able to use a ranged weapon, activated by pressing the R2 button. If the energy bar has at least three levels, a soul overload can be used by holding down the triangle button, causing an enormous explosion that will affect enemies with great damage, causing overload and status effects. In the case of the bosses, it will leave them in a vulnerable state.

To regain life it will be necessary to find reddish astral orbs, which can also be located in different places in each area or by breaking objects. Likewise, fragments and crystals can be obtained that will grant more recovery of life points. On the other hand, the life bar can be expanded by locating hidden purified astral crystals, from which it will be necessary to collect a total of three pieces in order to achieve the relevant improvement. 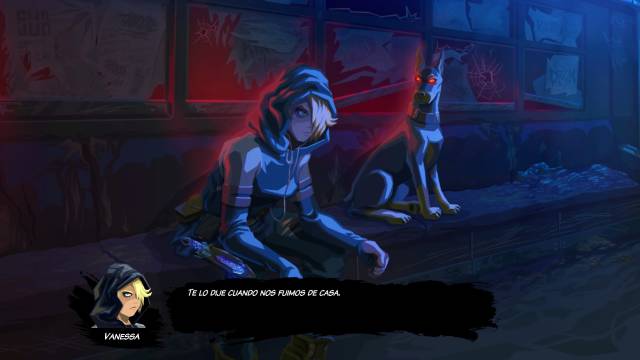 The combats in the game are developed when crossing certain areas that will be closed before the appearance of enemies, which will force them to be eliminated in order to resume the journey. Attacks made will increase the bar of efficiency in combat, increasing its multiplier based on reaching certain thresholds and also achieving the overload of enemies. At the end of the fight, a rank will be awarded based on performance, with rank D being the lowest until reaching the rank SS, the highest. At the end of the chapter, it will be assessed globally through aspects such as the results in combat, the time spent and the number of deaths to apply an additional rating, which in turn will depend on the chosen difficulty mode, with A being the maximum rank in the easy mode, S for normal and SS for hard level.

As an additional incentive, Professor Crowley’s notes can be collected that reveal important aspects of the game’s lore and are hidden between the different phases that will have to be covered, having to explore in depth in order to locate them. On the other hand, at the end of the game new options will be unlocked in the main menu such as being able to equip different skins for Vanessa and Monty, some will require playing a higher level of difficulty to select them, and also illustrations and designs of the game. 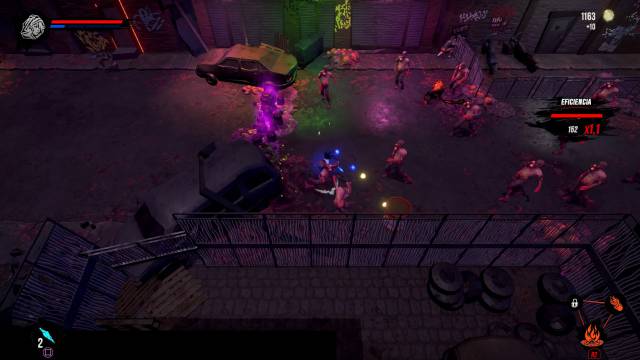 In the playable section it can be said that this title is acceptable. Its system is not very stylistic but somewhat more earthy, offering different options through the use of the different weapons and forms of Monty, especially by getting the different abilities that each one possesses and the use of the fusion mode, which make the combat entertaining. Enemies will present a certain battle as the game progresses, including some that will explode when defeated or others that, when accumulating certain damage, will fight back without mercy. As for the bosses, they present a certain challenge, although it is not difficult to know their modus operandi in order to overcome them.

Graphically the game offers a simple section, with locations that are not very striking but that stand out for their different styles as well as the traps and the different destructible elements of the environment, reduced to garbage cans and boxes of different types. During the game scenes with static illustrations are offered that will serve to narrate the development of the plot at certain points of it, offering a style that draws on the designs of the American comic. 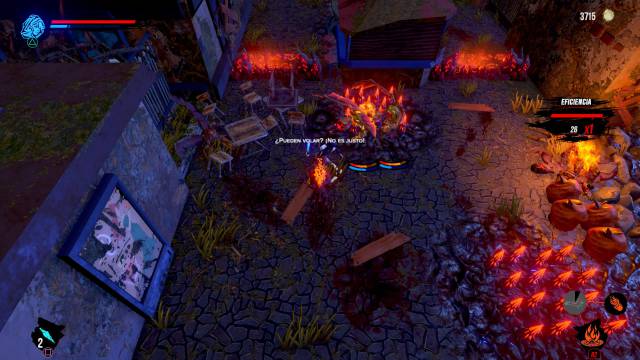 As for the sound, different music tracks are offered during the action of the title but most go completely unnoticed when it comes to playing. Only the music on the main menu is the one that stands out the most from the rest. As for voices, the game offers English dubbing for the characters.

In general, Obey Me is a discreet title in certain aspects but as an alternative when playing, either in general or as a hack’n slash game, it is interesting to keep it in mind, especially for its combat system and the options that offers, being a good option for those looking for a good challenge. Its flaws lie in a somewhat predictable plot development along with some spikes in difficulty at certain points in the game and occasional graphic flaws during the game.